Getty Apple announced that it has removed the 'Infowars' podcast from the iTunes store.

In a surprising move on Sunday evening, Apple made a statement declaring the removal of the podcast ‘Infowars’ from the iTunes store.

Buzzfeed’s John Paczkowski tweeted Apple’s official statement, which read: “Apple does not tolerate hate speech, and we have clear guidelines that creators and developers must follow to ensure we provide a safe environment for all of our users. Podcasts that violate these guidelines are removed from our directory making them o longer searchable or available for download or streaming.”

The statement continued, “We believe in representing a wide range of views, so long as people are respectful to those with differing opinions.”

Infowars host Alex Jones has yet to respond to the announcement. However, this isn’t the first time that Jones has dealt with removal from social media and news platforms. In the last few months, Facebook and YouTube pulled down four videos each that were posted by Jones, and Spotify and Stitcher removed specific clips of the ‘Infowars’ podcast that were deemed hateful content.

As usual, the Twitterverse had plenty to say about Apple’s surprise decision. Some users took the opportunity to call out Spotify for not having done the same, yet, with one user even tweeting, “@Spotify your move.”

Another user thanked Apple, tweeting, “This man has caused horrible grief for people who deserve nothing but kindness and sympathy – his garbage mouth has no place near ears.”

Best Memes & Reactions to Infowars Getting the Boot

Here’s a roundup of the best memes and reactions to Infowars getting the boot from the iTunes store:

Wow. Y'all killas in the best possible way 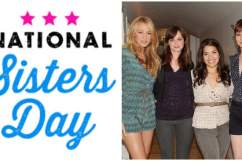 Read More
Breaking News, Technology
Follow Heavy ↓
In a surprise announcement, Apple declared the removal of the 'Infowars' podcast from the iTunes store, sending the Twitterverse into a spiral.