Eli Clayton, known as “Trueboy,” has been identified by friends and the LA Times as one of the victims of the horrific shooting at the Madden video game tournament. He was competing at the Madden NFL 19 Classic Satellite Qualifier, and fans were desperately worried about him after he was seen on a livestream video but wasn’t heard from after the shooting that left three people dead and 10 or more injured.  Sadly, although police have not released an official list of the victims of the shooting, friends who know Clayton have said on social media that he was one of the targets of the shooter.

Eli Clayton ‘Trueboy’ Was Competing in the Tournament, But Almost Had Not Attended

Clayton, 21, tweeted on August 25 the day before the mass shooting that he had won every game by max and was waiting for the singles on August 26.

Won every game by max no one crossed the 50 or scored a point. Waiting for singles for tomorrow.

On August 24 he tweeted that he had two days left to go and only had two hours of sleep.

Clayton had originally planned not to attend the Jacksonville event, but changed his mind about a week ago.

The Madden NFL 19 Classic Satellite Qualifier where the mass shooting took place was the first in a series of Madden NFL qualifier events, EASports reported. The event was at the GLHF Game Bar in Jacksonville. The top finishers would then be able to play in the Round of 16 at the Madden Classic  event in Las Vegas in October. Competitors who make it to the Live Finals would play for a share of the $165,000 prize pool. 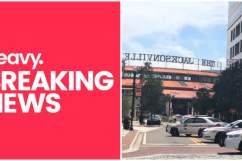 Fans Were Terrified When They Thought a Livestream Showed a Laser Scope on Clayton, & Were Heartbroken When They Did Not Hear Anything from Him After the Shooting

Is #Trueboy okay?? He was the one during the live stream….Showed him with a red dot on his chest just before it cut off. #eSports #Madden19 #Jacksonville #shooting https://t.co/gjXbmLgFjG

Some fans said that he was on the Twitch live stream and appeared to have a red laser scope on him right before the shooting happened. However, authorities have not confirmed if this information is accurate.

I want to confirm that there was indeed a red laser pointer on Trueboy's heart just before the first shot. That's my guy!!! please i hope he is ok.

Even before police identified the shooting, friends who were at the event had identified Trueboy as one of the victims.

Never got the opportunity to talk to spotme but for True I remember he was a really cool dude to meet at EA Play before the Madden 17 season. He was also willing to let me pick his brain about getting better at the game going into the Madden 19 season. Always appreciated his help 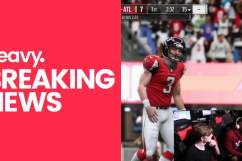 The suspect in the shooting, David Katz, had participated in the Madden tournament himself, Fox News reported. He had used the names Bread, mrslicedbread, ravenschamp, and ravens2012 champ in the Madden competitions. Witnesses said that he got mad because he lost, got his gun out of his car, and started shooting, the Tampa Bay Times reported.

A competitor in the game, Steven “Steveyj” Javaruski said the shooter was a player who lost, and then shot other people in the tournament including himself, the Los Angeles Times reported. Javaruski said he saw the suspect target specific people.

Others said that the shooter was particularly angry at Trueboy, although authorities have not yet confirmed this account.

Somebody at a madden event got salty because a very popular madden player "trueboy" beat him. He got a gun and shot him for revenge. U can see a red dot on his chest. I was there at the livestream.

Big shout out to @madden_america for allowing me to be apart of season 2! Great episode on the way! ?? pic.twitter.com/jYFaqA96MW

Clayton took the Jaguars to the national finals last year in Madden, The Florida Times-Union reported. In April 2017, he was one of eight finalists in the Madden 17 Club Series finals in Los Angeles. He won $3,500.

Clayton lived in Los Angeles and had become a celebrity in the gaming world. He has more than 5,000 followers on Twitter.

He told the Florida Times-Union in an interview last year: “It felt like a real NFL game, even though it really wasn’t. It’s something I’ll never forget.”

You can read Clayton’s Competitive Madden profile and stats here. According to his bio: “True is consistently one of the best in competitive Madden. He’s a frequent face in EA Majors, but has been the victim of some early exits. …  Despite a rough season, True remains one of the best around and can potentially win it all when it’s done.”

EASports describes Clayton as “one of the best Madden Ultimate League competitors at open-field running thanks to his evasive stick-work.” He had the No. 3 overall defense in the regular season this year and he’s known as the “Hold the Door Specialist.”

Clayton Played Madden Games Since He Was Five, But Was Just Started Playing Competitively Two Years Ago

Just a quick reminder: No one got more stick than me pic.twitter.com/6sJmtN9ufX

Clayton had been playing Madden games since he was 5 years old, but only began playing competitively around 2016, The Florida Times-Union reported.

Yo! Here are my top 5 plays of the #MaddenUltimateLeague season. For more glitchy and exciting plays, tune in to the Madden Bowl this Saturday. Legend Conference And Elite Conference finals begin at 3:15 pm ET on Twitch. Finals are at 7pm ET on ESPN2 and Twitch. ?? pic.twitter.com/jDkr9HyoKN

Clayton often posted about his gaming experience, offering tips to others and updates.

For those of you that said the run game is fine, please watch this video to the end and watch my pov. pic.twitter.com/VkQ2hZwzYK

He Was Close to His Family & Posted About Them on Social Media, & Also Was Quick to Congratulate People Who Beat Him in Gaming

Clayton was born in 1996 and he’s from Woodland Hills, California, according to his Competitive Madden profile. He was close to his family and posted proudly in June about his little brother’s graduation.

When it came to gaming, he was humble enough to congratulate others when they beat him.

Jesus man can’t throw books like that congrats to Moe he deserved it. @SeRiouSMoE1 first 2 possessions killed me.

EA Sports also noted that Clayton was a humble player. He told EA Sports in April:

People [at school] I’ve never met will ask me to play a game. I’ve been getting recognized more often this year. It’s pretty cool, I guess… I’m really easy to get along with, I’m not a trouble maker. I’m always laughing and joking around. I’m just me, a cool dude. There’s really nowhere to go but up, honestly.

Friends Have Posted Heartbreaking Goodbyes to Clayton on Social Media

Trueboy’s loss is resonating throughout the gaming community, and friends and fans are posting heartfelt goodbyes.

Tried to put into words whats been running thru my mind about today just now cause I couldn’t fall asleep. Love you guys forever @True__818 & @spotmeplzzz and I pray for anyone and everyone involved in today’s tragedy, especially these 2 men’s family’s and loved ones. Goodnight? pic.twitter.com/7qYuSrlufk

I'm only making one tweet and i just wanna say RIP to trueboy and spotme and my prayers go out to their families. I lost one of my best friends in madden in spotme, him and trueboy were two of the nicest people ever. Please pray for everyone effected by this shooting.

RIP @True__818 Elijah Clayton. One of my best friends in life. I talked to u almost everyday for the last 5 years. U were one of the most kind and genuine people I’ve ever met. I love u like a brother. I’m gonna miss hearing you laugh everyday and seeing your genuine smile. pic.twitter.com/Balk88T1ES

A GoFundMe has been started for the families of the two victims:

We're up over $1700 in donations. Hopefully the GoFundMe page is verified and blows up even more by Monday. Let's continue to show the world what kind of community (family) we are. ❤️
GoFundMe: https://t.co/yHiepZqIYI
PayPal: XAFLTEXANS@YAHOO.COM
CashApp: $Swizzly https://t.co/CP6OzfByr9

He Had a Positive, Upbeat Social Media Presence that Included Sharing His Favorite Foods & Meals on Twitter

As a bit of a foodie, Clayton also liked to share posts about his current favorite foods.

In n out burger is a vibe ✌? pic.twitter.com/sLYngfilO7

Eli Clayton shared positive posts on Twitter and appeared genuinely upbeat, happy, and helpful to people who reach out to him. His death is a terrible loss not just to his friends and family, but to all the people whose lives he may have touched in the years to come. 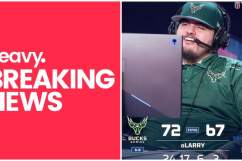 Loading more stories
wpDiscuz
0
0
Would love your thoughts, please comment.x
()
x
| Reply
Eli Clayton aka 'Trueboy' was identified as one of the victims in the Madden shooting. He was a humble and talented player, quick to congratulate others.