Getty John McCain is treated for two broken arms and a broken leg after his plane was shot down during the Vietnam war.

John McCain’s office released a statement in July, 2017 that McCain, 80 at the time, was diagnosed with a primary glioblastoma, a type of brain tumor, Mayo Clinic doctors directly involved in the senator’s care told CNN. The senator had undergone surgery to remove a blood clot, and lab results from that surgery confirmed the presence of brain cancer.

McCain recently announced that he was discontinuing medical treatment for the disease, and inevitably lost his battle with cancer within the day. McCain passed away on August 25, surrounded by his wife, Cindy, and his family.

McCain was a Navy fighter pilot during the Vietnam War, according to History.com. He was taken prisoner after his plane was shot down, and he subsequently suffered five and a half years of torture and confinement before his release in 1973.

“McCain eventually spent five and a half years in various prison camps, three and a half of those in solitary confinement, and was repeatedly beaten and tortured before he was finally released, along with other American POWs, on March 14, 1973, less than two months after the Vietnam cease fire went into effect. McCain earned the Silver Star, Bronze Star, Purple Heart and Distinguished Flying Cross,” History.com reports.

Below are pictures from his time as a POW, preserved in the National Archives. 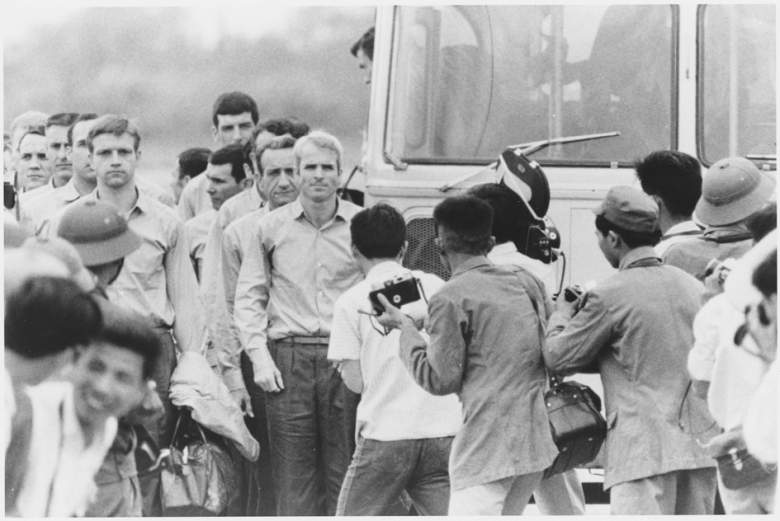 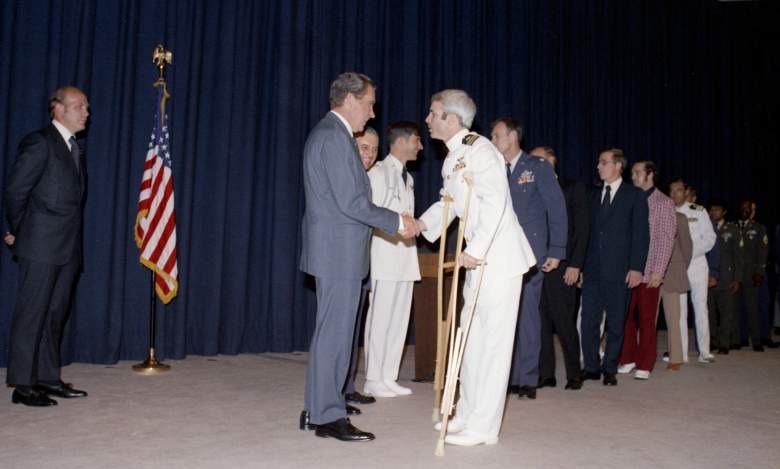 McCain and Trump shared a strained relationship over the last several years. During Trump’s presidential campaign, they bickered fiercely and often, with Trump going so far as to claim that the Senator wasn’t actually a war hero, referring to McCain’s five year imprisonment during the Vietnam War, when his plane was shot down and he was captured.

Below are several pictures from McCain’s time as a POW, during both his capture, his imprisonment, and his release five and a half years after his plane was shot down. 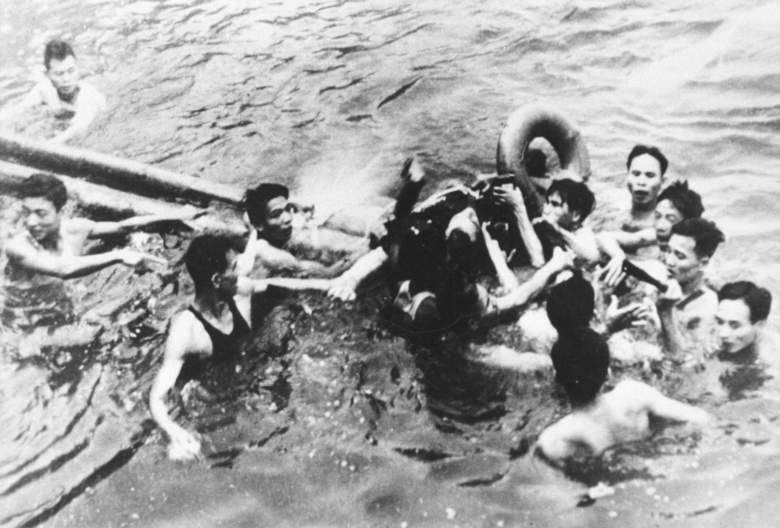 P368426 01: (File Photo) Senator John Mccain Is Pulled Out Of A Hanoi Lake By North Vietnamese Army Soldiers And Civilians October 26, 1967 In Hanoi, North Vietnam. Mccain’s A-4E Skyhawk Was Shot Down By A Surface-To-Air Missile. Mccain Broke Both Arms And His Right Knee Upon Ejection And Lost Consciousness Until He Hit The Water. (Photo By Getty Images) 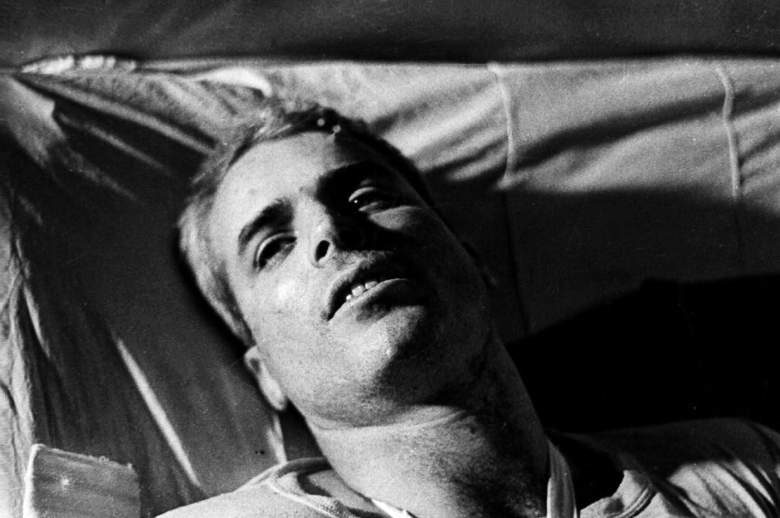 HANOI, VIET NAM: This file picture taken in 1967 shows US Navy Airforce Major John McCain lying on a bed in a Hanoi hospital as he was being given medical care for his injuries. John McCain, a current US presidential hopeful, was captured in 1967 at a lake in Hanoi after his Navy warplane was downed by the Northern Vietnamese army during the Vietnam War. One of his rescuers said 24 February 2000, McCain was well treated after being pulled from the lake by villagers. McCain said that upon capture he was beaten by an angry mob and bayoneted in the groin. (B/W ONLY) AFP PHOTO (Photo credit should read AFP/Getty Images) 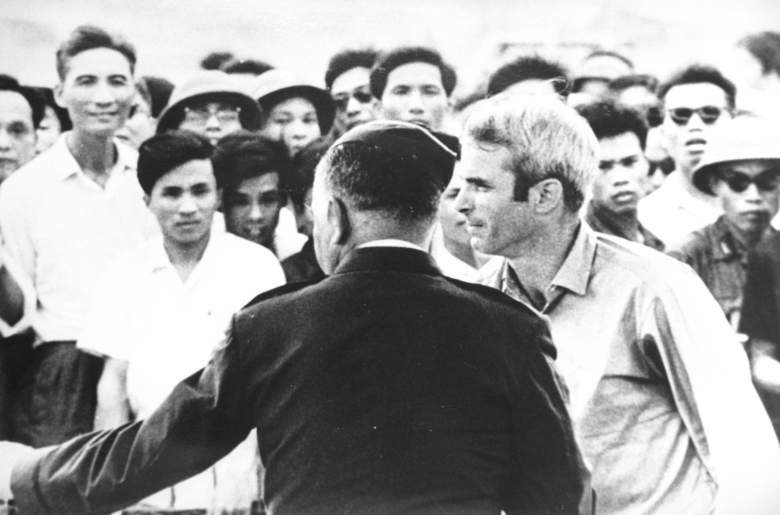 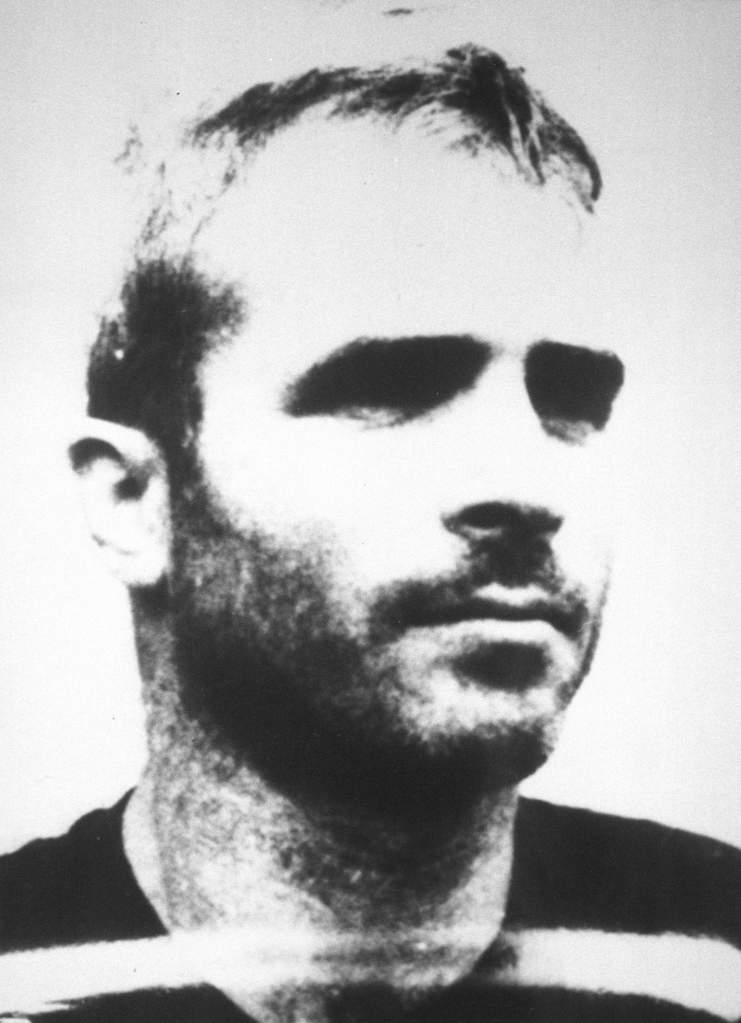 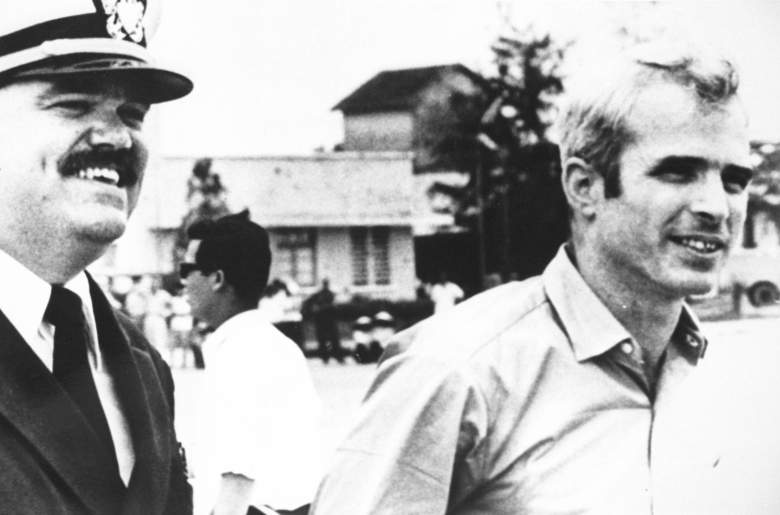 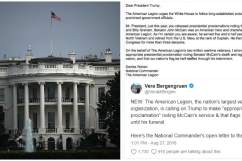 Loading more stories
wpDiscuz
0
0
Would love your thoughts, please comment.x
()
x
| Reply
John McCain spent five years in various prison camps and solitary confinement as a POW during the Vietnam war. He was beaten and tortured before he was finally released.