Getty Jerome Corsi, co-author of 'Unfit For Command,' speaks during a news conference at the National Press Club October 14, 2004 in Washington, DC

Jerome Corsi is an author, political commentator and conspiracy theorist. He is connected to former Trump adviser Roger Stone. Corsi was issued a subpoena on August 28 to testify in the Russia investigation.

Corsi reportedly first met with the Mueller team on September 7, and continued to cooperate with the investigation in the months that followed. He described the interviews as a “frightening” interrogation.

On November 12, 2018, Corsi revealed on his YouTube live stream that he expected to face criminal charges. “I fully anticipate that in the next few days I will be indicted by Mueller for some form or other of giving false information to the special counsel.” He went on to say, “I guess I’ll have to go to prison for the rest of my life because I dared to oppose the deep state.” Corsi stressed that he did his best to cooperate with investigators, but feels he was likely caught in a “perjury trap.”

Corsi also told ABC News in an interview that he believes the indictment is coming because of his support for the president. “I think my only crime was that I support Donald Trump. That’s my crime, and now I’m going to go to prison for the rest of my life for cooperating with them.”

Roger Stone issued a statement on the matter. He expressed support for Corsi, writing in part, “Watching his podcast, Dr. Corsi strikes me as a man who has been squeezed hard but refuses to do anything but tell the truth which is why they may be indicting him.”

The Mueller team reportedly offered Corsi a plea deal that would require him to plead guilty to perjury. On Monday, November 26, Corsi told CNN in a phone interview that he would not accept a plea agreement, stating, “They can put me in prison the rest of my life. I am not going to sign a lie.”

I have retained attorney Larry Klayman to assist David Gray in my defense. In a memo to my attorneys, I have instructed Klayman and Gray to file with Acting AG Whitaker a criminal complaint against Mueller's Special Counsel and the DOJ for prosecutorial misconduct in my case.

On November 28, Corsi announced on Twitter that he was planning to file a criminal complaint against Mueller’s team and the Department of Justice, alleging “prosecutorial misconduct.” Corsi also announced that he had hired attorney Larry Klayman to assist in his defense.

Before the subpoena was issued, Corsi’s attorney David Gray told the New York Times that he was under the impression that Special Counsel Robert Mueller likely would question Corsi about discussions he allegedly had with Roger Stone. Stone came under scrutiny for a tweet he sent on August 21, 2016, that appeared to suggest he knew ahead of time that Wikileaks was about to release emails from the Hillary Clinton campaign. The tweet said that Clinton’s campaign chairman, John Pedestal, was about to have his “time in the barrel.”

Stone has denied having any contact with Wikileaks founder Julian Assange. But he reportedly referenced Corsi while testifying before the House Intelligence Committee in 2017. According to the Times, Stone identified Corsi as an investigate journalist who had given him research which had inspired the tweet. The research reportedly was related to John Podesta’s brother.

The Mueller team has appeared very interested in Roger Stone and the alleged connections to Wikileaks, due to Stone’s own statements. As the Washington Post reported, Stone claimed earlier in 2016 that he had spoken with Wikileaks founder Julian Assange. He later backtracked and denied speaking directly with Assange. Stone had also claimed to have corresponded with the hacker known as Guccifer 2.0.

2. Jerome Corsi Wrote the Book Questioning Whether President Obama Was Born in the United States

Jerome Corsi is the author of Where’s the Birth Certificate?: The Case That Barack Obama Is Not Eligible to Be President. It was published in May of 2011 and, Corsi says, was based on more than three years of research. In the book, Corsi claimed that President Obama had spent “millions of dollars in legal fees” to avoid releasing a long-firm birth certificate.

The attention to the birth certificate that year did eventually lead to the president making it available. The long-form version was published by the White House on April 27, 2011 (a few weeks before Corsi’s book was released). President Obama also delivered a news conference on the topic, arguing that his sole purpose for doing so was to put the matter to rest. He told reporters, “We do not have time for this kind of silliness. We’ve got better stuff to do. I’ve got better stuff to do. We’ve got big problems to solve. And I’m confident we can solve them. But we have to focus on them. Not on this.”

The New York Times reported in July of 2016 that then-candidate Trump had reached out to Corsi and WorldNetDaily.com founder Joseph Farah about the birther argument back in 2011. This was around the time Donald Trump suggested sending private investigators to Hawaii to find President Obama’s birth certificate. Farah told the newspaper that Trump had been “looking for affirmation that he was on the right track.” CNN reports that after the White House published the birth certificate, Corsi claimed that Trump told him he did not believe it was real, but instead a computer-generated fake. Trump denied saying that.

3. Corsi Continues to Share Posts Related to the QAnon Conspiracy Theory, Months After He and ‘Infowars’ Host Alex Jones Distanced Themselves From the Q Community

Jerome Corsi appears to be a supporter of the QAnon conspiracy theory. Believers say that “Q” is a government insider with high-level security clearance, who is releasing nuggets of information about President Trump’s master plan to take down the deep state and expose a massive left-wing network of pedophiles.

Corsi worked with Alex Jones as the Washington Bureau Chief for Infowars. Together, they promoted the theory, and Jones has even claimed to know the mysterious “Q” person personally. Corsi explained on an episode of Infowars that President Trump was working with the military to expose “traitors within the government.” Corsi also frequently shared a QAnon hashtag in tweets.

Corsi and Jones changed their tune in May of 2018, and claimed that QAnon had been “compromised” and could no longer be trusted; he called it an “overrun, disinformation fount.” On the episode, Corsi explained that he believed NASA and CIA operatives were posing as trolls to share disinformation.

For those with impaired memory, below is Barack Obama the day of Justice Antonin Scalia's funeral.

The only difference is that Obama was invited and still didn’t attend. #QAnon #WWG1WGA pic.twitter.com/lCc0qgjo3y

But Corsi has appeared to reverse course on this assessment. He continues to share content from the QAnon twitter handle, such as the tweet above on September 2 which stated “For those with impaired memory, below is Barack Obama the day of Justice Antonin Scalia’s funeral. The only difference is that Obama was invited and still didn’t attend.”

Arm qualified willing teachers and staff https://t.co/xRQeRA7WUA via @usatoday MY EDITORIAL published TODAY in USA Today. I am beginning promotion on the new book KILLING THE DEEP STATE: THE PLAN TO SAVE DONALD TRUMP tomorrow, March 1 @realDonaldTrump #Qanon8chan #GreatAwakening pic.twitter.com/JAFTDHG8je

Jerome Corsi believes that arming teachers with guns is a viable solution for keeping schools safe against mass shooters. He wrote an op-ed for USA Today in February of 2018 defending this idea. (You can read the full piece here).

In the editorial, Corsi stated that in the 1980s, he learned about hostage survival from State Department officials. He said his main takeaway was that “victims who waited for police or military to save them reduced dramatically their chances for survival.”

Corsi wrote that putting a gun in every teacher’s hand is NOT the solution. Rather, he supports the idea of allowing military veterans and those already comfortable with firearms to carry them in the classroom. He argued this would “lend an element of uncertainty that would deter a would-be school shooter.” President Trump also expressed support for this idea in the aftermath of the mass shooting in Parkland, Florida.

Jerome Corsi is a best-selling author. His most recent book is Killing the Deep State: The Fight to Save President Trump. In the book, Corsi claims that the mainstream media, hard-left extremists and a “shadow government” were working together to stop Trump from winning the presidency. Once Trump had been inaugurated, Corsi says the groups have continued to attack the administration and are trying to bring President Trump’s presidency to an early end.

One of Corsi’s most popular books was Who Really Killed Kennedy?: 50 Years Later: Stunning New Revelations About the JFK Assassination, which was published in 2013. The author lays out an argument explaining that the CIA was involved in the assassination, and that the attack was financed by Mafia godfathers. Corsi claims his theories are based on declassified documents. 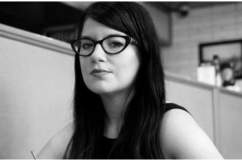 Loading more stories
wpDiscuz
0
0
Would love your thoughts, please comment.x
()
x
| Reply
Jerome Corsi is an author and conspiracy theorist who promoted the birther argument, has ties to the QAnon conspiracy and was reportedly called to testify in the Mueller investigation.