A Louisiana high school teacher has lost her job over a racist Facebook post she made during a discussion about Nike’s new Colin Kaepernick ad campaign. Valerie Scogin made the social media post last week and has since apologized, WWL-TV reports.

The 33-year-old Scogin was a teacher at Slidell High School in the St. Tammany Parish school district, according to the school’s website. “The posting was voluntarily removed,” St. Tammany Parish school system spokeswoman Meredith Mendez told The New Orleans Advocate. “The appropriate disciplinary action has been taken. I can’t comment further due to this being a personnel matter.” On September 11, the New Orleans Times-Picayune reported that Scogin was no longer an employee at the school. It is not clear if she was fired or resigned. Scogin did not return a request for comment from Heavy.

1. Scogin Wrote in the Post That People of Color Should Stop ‘Acting Like Animals’ if They Don’t Want to be Stereotyped

Valerie Scogin wrote the offensive Facebook post on September 5 in the comments of a Slidell High School graduate’s post about the Kaepernick ad. The Slidell grad shared a meme of a Trump fan giving the middle finger with the words, “If you’re upset about Nike choosing Kaepernick for the ‘Just Do It’ campaign, ‘Just Ignore It’ like you do police brutality and racial injustice.”

Scogin replied, “They don’t have to live in that country. They could go back. But it was their own people selling them into slavery to begin with and tearing them even worse in those countries of origin. You want a better neighborhood? Move. You don’t have to choose to live in those zip codes.”

She added, “Want to not be stereotyped, tell people of that color to quit acting like animals and perpetuating the stereotype. Many are average people; the few ruin it.”

Scogin continued, “Want to be in better neighborhoods, quit voting for handouts and pay taxes. They are what helps the neighborhoods/schools/services provide for the community. There is a reason for taxes. And it’s not always race. Most of it is age. How many ‘adults’ have I heard say all teens do drugs/sleep around/are going to hell. It’s perpetuated by the media…”

Scogin has since deleted her Facebook page. Others responded to her in the comments of the post.

” Valerie Bouvier Scogin u sound racist AF talking bout go back to back to where america ? The place we were born ?, Tell them to stop acting like animals ? I don’t remember seeing black ppl hanging from street lights and tearing their own city apart because their team won’t the Superbowl, move ? How do u expect them to move when the job they are at wont promote them or give them a raise because of their skin color ? Stop looking for handouts ? More whites are getting handouts than blacks fyi so miss me with the bs,” one person wrote.

Another said, “Valerie Bouvier Scogin so people of color act like animals?? how many of those animals shot up schools, or churches?? I’m glad none of my children attend Slidell High.”

Several people in the comments said they had reported her posts to the school district. One wrote:

Valerie Bouvier Scogin first of all it was all typed so there is no “may have said” it’s all screenshotted and saved 100x over. Your apology is transparent just like you, please,take responsibility for your thoughts and words .. I cannot stand a racist prejudice person much less an adult who blameshifts . You aren’t sorry for how disgusting or ignorant your views are.or talking out of your ass. You meant exactly what you said.. the comment wasn’t a peice of art to be “interpreted” .. it’s plain English ,youre a terrible person and should teach YOUR poor children better ,do better for yourself for whatever years u have left on this Earth.. the fact that you’re a teacher is terrifying.. there’s no telling how you’ve treated children of color in times they may have needed compassion from someone that is supposed to be a resource of guidance when you can barely manage having access to the internet … Honestly ,people like you shouldn’t be allowed in public much less public education systems.. definitely shouldn’t be allowed direct contact with teenagers ..

The Kaepernick ad has led to racist responses from many people on social media and the Scogin controversy is not the only one to hit Louisiana. The mayor of Kenner, a city near New Orleans, issued a memo banning the city’s recreational programs from buying Nike products. A protest was held in the city Monday night and was attended by hundreds, including members of the New Orleans Saints, according to The Advocate.

The mayor, Ben Zahn, said he does not want city money to be used to support political statements. 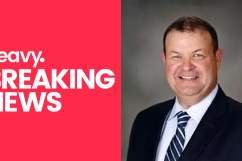 2. The Facebook Post Sparked Outrage From Members of the Community After It Was Shared by Other Social Media Users

Screenshots of Scogin’s Facebook post were shared on social media by other members of the Slidell community, sparking outrage. Christopher Michael wrote on Facebook, “These are comments from a 9th grade math teacher at slidell high school that I just ran across on my timeline idk if I’m being extra but this sounds racist AF to me I hope the school board sees this.”

Nicole Costa Saenz added, “Slidell High School, the community is waiting on a response regarding a teacher at your school posting this incredibly racist message. … This is not ok.”

Parent Susan Gold told WWL-TV, “That is something that I do not want around my children.”

Another parent, Cadra Menard, added in an interview with the news station, “It makes me furious to know that an adult like that is able to influence our children for eight hours a day without our say so. That just makes me really upset.” Menard said she views the post as racist. “Absolutely the connotations, you couldn’t miss that, I couldn’t miss that, I don’t know who could,” she told the news station.

3. Scogin Wrote in Another Post That She Wished She Hadn’t Said What She Did

Valerie Scogin posted a now-deleted apology on her Facebook page. She wrote, “To my friends and family, both personal and professional: Recently I posted a comment that may have been hurtful to some of you. In my reaction out of frustration at another Facebook post, I made some remarks that were against my better judgement [sic] and sensibilities. I now wish I hadn’t. Any one who has known me for any time should know that the last thing I want to do is hurt anyone.”

She added, “I apologize for what I said and sincerley [sic] wish to avoid this in the future. At this time, I also want to reach out to those closest to me to discuss this matter in private, if you feel it is appropriate. Thank you for you [sic] consideration, kindness and understanding in this matter.”

She was in her classroom on Monday, students at the school say. But on Tuesday, the school district sent out a statement saying Scogin was no longer working at the school.

“This process has been completed, and the teacher in question is no longer an employee of our School System,” the statement said, according to the Times-Picayune. “This incident does not reflect our district’s values, mission and vision, and we remain committed to providing a school culture that is inclusive and meets the needs of all our students, employees and community.”

The school district had refused to discuss the exact punishment that Scogin received, calling it a personnel matter. Scogin did not respond to a request for comment from Heavy about the discipline.

According to The Advocate, “The St. Tammany school system has an electronic communication policy that forbids employees from being on social media platforms with current students, but it does not address the content of what employees say online.”

Skyler Broussard, a Slidell alum, told The Advocate her “blood boiled” after reading the post, and she said she doesn’t buy the apology. “Imagine comparing people of color to animals, then when you get caught you try to say you didn’t think it would hurt anyone,” she told the newspaper.

Kelly added, “Leadership should take action to condemn racism in our public schools in no uncertain terms. I have always been proud of the spirit of diversity, inclusion and sensitivity at SHS, but am disheartened by tonight’s display and hope corrective action is taken. The community is watching.” 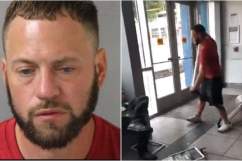 4. She Graduated From Slidell High School in 2003 & the University of Louisiana at Lafayette in 2007 Before Returning to Her Alma Mater to Become a Math Teacher

Valerie Scogin replied to people who were angered by her post.

Scogin graduated from Slidell High School in 2003, according to her bio on the high school’s website.

“I went on to attend the Uniersity of Louisiana at Lafayette. After graduating in 2007 with Bachelor of Science degree in Secondary Education with a Concentration in Mathematics and a Minor in English, I returned to Slidell High where I have stayed active serving on different committes [sic] and attending various professional development opportunities,” she wrote on her biography.

Scogin added, “I have been an educator since January, 2008, and I am priveledged [sic] to say all of which have been at Slidell High. I teach Business Math and Math Essentals [sic] and have taught many different high school math courses (Algebra 1, Math Skills, Geometry, Math Essentials, Finanical [sic] Math, Business Math, etc.).

She wrote on the bio, “I look forward to the opportunity to teach the students I have this year and helping to guide them on thier path to being a productive young adults.”

5. Scogin Is Married to Her ‘High School Sweetheart’ & Has 2 Daughters, With a Third on the Way This Fall, According to the School’s Website

Valerie Scogin is married to her “high school sweetheart,” Daniel Scogin, according to her profile on the school’s website. They have two daughters, one born in 2013 and another born in 2014, and she is due to give birth to her third daughter in “Fall 2018,” according to the profile.

“We hope that they will become 3rd generation Tigers,” she wrote on the school website.

Scogin deleted her Facebook profile in the wake of the outcry over the incident.

Loading more stories
wpDiscuz
0
0
Would love your thoughts, please comment.x
()
x
| Reply
Valerie Scogin is a teacher at Slidell High School in Louisiana who was disciplined for a racist Facebook post about the Colin Kaepernick Nike ad and football player protests.