Getty Mary Anne MacLeod Trump, Donald Trump's mother, was often "distant" from the family and kept to herself. Hailing from Scotland, she immigrated to the US in 1930.

Mary Anne MacLeod Trump, President Donald Trump’s mother, is a Scottish immigrant who came to the United States in 1930 and became a naturalized citizen in 1942.

With President Trump in hot water following a bombshell report by the New York Times that the president received at least $413 million from his father’s real estate empire, much of it through “dubious tax schemes…including instances of outright fraud,” the focus has been turned once again on the Trump family.

Here’s what we know about Mary Anne MacLeod Trump:

1. Mary Trump Often Kept To Herself & Friends of Donald Trump Remember Her As “Tight-Lipped” & “Conservative”

“I believed in the Ferber method of self-soothing. Donnie would cry and cry until one of our maids would pick him up and rock him. Then I’d fire the maid and Donnie found that very self-soothing.” – Mary Trump pic.twitter.com/wKIdb2CVvv

When Donald Trump was young, his mother primarily stayed out of the spotlight. She rarely came out to socialize, and an old boyhood friend of Trump’s claimed she rarely interacted with the kids outside of the home.

“When I would play with Donald, his father would be around and watch him play,” Mark Golding, an early friend of Donald’s, told Fortune. “His mom didn’t interact in that way.”

Friends and family described Mary Trump as “tight-lipped” and “conservative,” but also “nice, friendly, and pleasant,” according to Fortune. She was also known to be “polished, proper, and unassuming,” Fortune reports.

“We rarely saw Mrs. Trump,” Lou Droesch, a friend of Fred Trump Jr.’s, told Fortune. “But we did see a lot of the housekeeper.” Droesch also told Fortune that “Donald was in awe of his father, and very detached from his mother.” 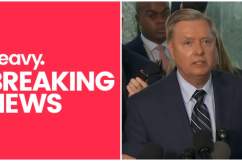 2. Mary Grew Up in Scotland & Spoke Gaelic Before Learning English as a Second Language & Immigrating To The United States Permanently

Mary was the youngest of 10 children, born in the outskirts of Stornoway, Scotland, in the Outer Hebrides, on the Isle of Lewis, in the village of Tong, according to Fortune. The daughter of a fisherman, her family grew up in a modest house, surrounded by several properties that local historians described as “indescribably filthy,” according to Fortune.

Mary learned English as a second language, and grew up speaking Gaelic. She eventually followed three of her sisters to the United States, where she settled down for good.

“Even during the Depression, America offered her more opportunity than her struggling, out-of-the-way outpost of Scotland,” Fortune reports. “She boarded the SS Transylvania in Glasgow on May 2, 1930, according to local documents, immigration records and reporting in newspapers in the United Kingdom. In transit, she turned 18.”

3. She Met Her Husband Fred Trump at a Dance & Became a Naturalized Citizen During World War II

Fred and Mary Trump pose with the life-sized nutcracker they hope to teach to be human. MACADAMIA! 1964. pic.twitter.com/FEziv2teav

According to a 2005 profile of the Trump family in Real Estate Weekly, Mary met her husband Fred Christ Trump in the 1930’s at a dance where the two fell in love.

Fred Trump was a builder at the time, having started a construction business while he was still attending high school, according to the New Yorker. Fred and Mary Trump married in 1936 and settled down in Jamaica, Queens at the time, which was considered a “haven for Western European immigrants,” the New Yorker Reports.

During World War II, as the war raged in Europe, on March 10, 1942, Mary Trump became a naturalized citizen. As the wife of a wealthy developer, Mary Trump became a “regular on the New York social circuit” and started devoting much of her time to philanthropic causes, such as organizations dedicated to researching cerebral palsy, reports the New Yorker. 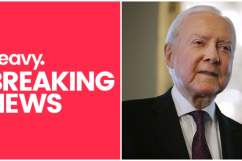 4. She Once Asked: “What Kind Of Son Have I Created?” After Donald Trump’s Divorce From His First Wife Became Overly Publicized

Mary Trump always told her son, "Trust in God ✝️ and be true to yourself."
You can tell a lot about a man by the relationship he had with his mother❤️ @realDonaldTrump #MAGA?? pic.twitter.com/FHI17tcxHz

Donald Trump claims he got his sense of showmanship from his mother, who had a penchant for fashion, furs, jewelry and dramatic hairstyles. He wrote in his 1987 book, “The Art of the Deal” that his mother was “enthralled by the pomp and circumstance” of watching Queen Elizabeth’s coronation on television.

“She always had a flair for the dramatic and grand. She was a very traditional housewife, but she also had a sense of the world beyond her,” he wrote.

However, despite Donald Trump’s passionate assertions of devotion to his mother, many still believe that there was a cold wedge between the two. This was further confirmed when his mother reportedly asked Donald Trump’s first wife “what sort of son have I created?”

According to the Independent, Mary was “reported to have been acutely embarrassed by the antics of her fourth child during the 1990’s when his failing marriage and business were the subject of intense tabloid scrutiny.”

The Independent reports that Mary was appalled that her son’s divorce from his first wife, Ivana Trump, was so publicized that it dragged the rest of the Trump family into the spotlight, where she was often plagued by paparazzi. A notoriously private woman, she was allegedly “horrified” at Donald Trump’s actions during the time.

5. Since Mary Trump’s Death, Donald Trump Has Had a Tense Relationship With Scotland

Mary Trump died in New York City, in 2000, at the age of eighty-eight, a short year after her husband passed. Mary Anne Trump is buried in a cemetery in New Hyde Park, New York, next to her husband, her son Fred C. Trump, Jr., and her mother- and father-in-law, according to the New Yorker.

Following her death, Donald Trump has reportedly had a tense relationship with his mother’s native country. Following his comments regarding Muslims, reports have surfaced that organizers of the 2020 British Open are refusing to hold the event at Trump Turnberry. He was also stripped of an honorary degree from the Robert Gordon University in Aberdeen because of comments made that were “wholly incompatible with the values of the university,” and the Scottish government stated that he was “no longer fit” to be a business ambassador to the nation, according to the New Yorker.

Loading more stories
wpDiscuz
0
0
Would love your thoughts, please comment.x
()
x
| Reply
Mary Anne MacLeod Trump, Donald Trump's mother, was often "distant" from the family and kept to herself. Hailing from Scotland, she immigrated to the US in 1930.