Wendy Carr is the owner of a Mexican restaurant in Rhode Island facing criticism over a shirt logo that advocated for the removal of President Donald Trump. Staffers at Amigos Taqueria y Tequila in Westerly wore shirts on Election Day with the numbers “86 45” printed on the back. The restaurant was also selling the shirts to customers.

Carr told the local newspaper the Westerly Sun that the number 86 is a restaurant term. It’s used to reference the fact that a particular food item is out of stock or needs to be thrown out. “It’s restaurant language … in this case it means impeach.” The number 45 was a reference to President Trump.

But critics, including a Rhode Island state senator, accuse the restaurant and its owner of advocating for violence against the 45th president.

1. Wendy Carr Said The Shirts Were Sold to Raise Money for Democratic Political Candidates & Stresses That 86 is Restaurant Slang

Wendy Carr explained that the restaurant sold the “86 45” shirts last year to raise money for Democratic political candidates across the country. She told WJAR-TV that the shirts were a major success and sold out. “We wore the T-shirt’s collectively on election night in order to celebrate our right to vote in hopes of flipping red seats to blue.”

The Amigos Taqueria y Tequila website has been temporarily changed to a single landing page explaining the t-shirts and the number 86. Carr pointed out that she did not design these shirts or invent the term “86 45.” Multiple versions are currently sold on Amazon and Zazzle.com. Zazzle also sells bumper stickers and hats with the “86 45” logo. The first part of her statement reads:

“On Election Night 11-6-18 our staff wore t-shirts in support of political candidates who would be in favor of impeaching the President of the United States. It was a political statement made on a political night with the excitement of exercising our right to vote to advocate change. The shirts stated ’86 45′, a popular statement that is used on t-shirts and bumper stickers meaning ‘to remove the 45th President from office by impeachment’. It cleverly uses the common restaurant lingo ‘86’ which is cited as “American slang for getting rid of something, ejecting someone, or refusing service” by Wikipedia, Google and numerous other credible sources. We did not invent this saying, and you can find similar shirts that say ’86 45′ or ’86 44′ on zazzle.com and amazon.com. The accompanying social media post on the Amigos page clearly stated IMPEACH.”

Rhode Island State Senator Elaine Morgan disagreed that the “86 45” logo implies impeachment. She accused the restaurant of advocating for murder. According to the Westerly Sun, Morgan called for the community to boycott Amigos Taqueria y Tequila through her personal Facebook page (those posts are available only to her friends).

Morgan also sent an emailed statement to NBC10. It reads, “To ’86’ or ‘Deep 6’ a person means to murder them. Calling for the murder of anyone is wrong. Calling for the murder of our president is not only wrong but also treasonous. The right thing to do for any responsible citizen would be to call attention to and try to put a stop to this blatant incitement of violence.”

Morgan also wrote on her official Facebook page that she “also worked in the restaurant industry never heard this used.” Morgan shared a post from a woman who says she worked as a chef for nine years and had never heard the term “86” used to describe food. Multiple critics jumped on the post, however, arguing that they had worked in restaurants where “86” was a common term. One poster commented that the term was also used in the military, when describing the scuttling of a ship.

3. Wendy Carr: The Senator ‘Made Slanderous Claims’ & Made Up a ‘Malicious Story’

As mentioned above, the Amigos Taqueria y Tequila website has been temporarily changed to include a statement from owner Wendy Carr. It also includes an explanation of the term “86” as restaurant lingo and a screenshot from Amazon, which sells multiple versions of the shirt. Carr wrote that she had never intended to imply violence or murder. She accused Senator Morgan of making up lies about her establishment, and pointed out that Morgan had never spoken to Carr about the T-shirts before posting about it online.

“Rhode Island District 34 State Senator Elaine Morgan, then decided to recklessly misrepresent our t-shirts without ever having any communication with us whatsoever to inquire about the meaning. She then made slanderous claims via Facebook, using our photo, that we were promoting violence or murder. THIS IS A LIE. Violence or murder was never implied by anyone at our restaurant, ever. The only person to imply violence was Rhode Island District 34 State Senator Elaine Morgan and those who have since shared and built upon the momentum she created through her social media post. It has now been shared and commented upon by people across the country who have never been to our restaurant.”

In her online statement, Carr has also called for people of differing political views to have more respect for each other.

“I am not ashamed of my political views and feel political dialogues are important. Violence or advocating violence is NEVER acceptable. People can agree, disagree, but most importantly I believe they should listen to one another, respect each other, and commit to TRUTHFUL dialogue. Our political differences are not more important than our humanity.

I am deeply troubled that as an elected state official, Elaine Morgan, would make up a malicious story about Amigos and call for a boycott of a local business solely because I, the owner, have a different political view than herself. I apologize to everyone that was led to believe her lie and hope that this explanation clears up any misunderstanding of our intent.”

4. The Shirts & the State Senator’s Response Prompted Angry Reactions on Social Media, On Both Sides of the Argument

As referenced above, the “86 45” design has been sold online for years on major sites including Amazon. Wendy Carr explained that she has had meaningful and respectful conversations with customers who do not like the idea of calling for President Trump’s removal, and that they were able to share their political ideas.

But after Senator Morgan addressed it on social media, and accused the restaurant of advocating for the murder of President Trump, the debate went viral. People on both sides of the argument took to social media to express their views.

One commenter who responded to a post by Senator Morgan, Steve Walker, came to the restaurant’s defense even though he personally does not like the T-shirts or the logo. “I’ve been in restaurants for 30+ years and I’ve never heard the term ’86’ used in the context of murder. EVER. The fact that this is getting contorted into a perceived death threat is nothing short of asinine. The left does so many stupid things that we don’t have to manufacture false outrage for something that such a clear leap of logic. Are the shirts offensive? Yup sure are. Would I ever give them my business? Nope sure wouldn’t. Is it a threat of harm to the president? Nope not even close. Get a grip people.”

On the same thread, commenter Michael Murphy accused the senator of using her position as an elected official to target someone with a different viewpoint. “Hi sorry but you are using your position to hurt a local business. Free speech they used theirs you used yours…. it’s just sad.”

Axl Rose of Guns N’ Roses took to Twitter to mock Senator Morgan’s position. He posted a picture of an oversized cow standing among a herd of smaller animals. The caption reads, “Well now, that’s some Knickers size congressional crap!??No Senator Elaine Morgan, The RIGHT thing to do is 86 45. ??”

Some people who shared Senator Morgan’s view began sharing Amigos Taqueria’s phone number on Facebook. One woman named Angie Drurey wrote, “This is a local restaurant in Westerly RI called Amigos Taqueria y Tequila, they are selling these shirts that are suggestive of violence against President Trump. The 86 is in reference to being 86ed and the 45 is a reference to Trump, the 45th president. The original meaning of being 86ed is to be driven 80 miles out of town, be executed and then buried 6 feet under. ? Now maybe they didn’t mean it like that but the way they are posing, being turned around with hands up and kneeling sure looks like they just might! ? This is disgusting!”

A woman named Pamela Maslo shared a link to Amigos Taqueria’s address with the caption, in all caps, “THIS IS THE HATEFUL RESTAURANT.”

5. Wendy Carr Temporarily Disconnected the Restaurant’s Phone Number & Shut Down Its Social Media Pages Due to the Backlash

Wendy Carr revealed in the online statement that the restaurant was receiving hundreds of negative phone calls each day, many from people who do not live in Rhode Island and had never been to Amigos Taqueria. She said many of the callers have threatened the establishment and used racist language.

The restaurant’s social media pages have been shut down for the time being. Carr warns that “Fake business pages have been created solely for the purpose of attacking our establishment. Fake ‘photoshopped’ images are being shared to make it seem like we mentioned murder in our post and to also share our phone number with those looking to harass us further.”

However, Carr says that her establishment has also seen an influx of new customers who have expressed their support. She added that everyone is welcome at Amigos regardless of political view. Carr told Heavy that the “local support has been amazing” and says the “outcry has been from people who have never been here.” 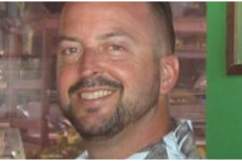