Michael Sanchez is a talent manager and the brother of Lauren Sanchez, the former news anchor romantically linked to Amazon CEO Jeff Bezos. Their relationship became public knowledge in early January 2019, after leaked text messages between the two were published by the National Enquirer. Both of them were still married to their respective spouses.

The Bezos’ divorce was finalized as of April 4, 2019. Lauren Sanchez and her husband, Patrick Whitesell, reportedly filed divorce papers the following day. You can read more about Lauren Sanchez here.

Bezos opened his own investigation into how the tabloid gained access to the text messages exchanged with Lauren. The person in charge of that probe, Gavin de Becker, initially told the Daily Beast that “Michael Sanchez has been among the people we’ve been speaking with and looking at.”

De Becker finished the investigation in early February but did not reveal his findings. The Daily Beast, however, cited unnamed sources within American Media Inc, which owns the National Enquirer, as saying that Michael Sanchez had provided the text messages.

On March 18, the Wall Street Journal reported that the National Enquirer’s publisher had paid Sanchez $200,000 for the texts, citing “people familiar with the matter.” Sanchez described the story of his alleged contract with American Media Inc as “old rumors.” Sanchez has since made his Twitter account private.

Here’s what you need to know about Michael Sanchez.

1. Roger Stone Called Michael Sanchez a Friend During an Interview on InfoWars

Michael Sanchez is an acquaintance of political consultant Roger Stone, according to Stone himself. In an interview posted to InfoWars, the website and talk show run by conservative commentator Alex Jones, Stone spoke about the Daily Beast article, which at that point had not been published yet. Stone said the website accused him of hacking the phones of either Lauren Sanchez or Jeff Bezos, and of giving the couple’s intimate messages to the National Enquirer. Stone said that he was accused of working with the president and the National Security Agency to accomplish this.

It’s important to note– the Daily Beast did not accuse Stone of hacking the phones. The article states that “three sources familiar with the inquiry” believe the exposure of Bezos’ affair with Lauren Sanchez may have been politically motivated.

On Infowars, Stone mentioned several other names as being falsely accused in an alleged conspiracy to hack Bezos’phone: David Pecker and Dylan Howard of the National Enquirer, John Phillips of KABC in Los Angeles, and Michael Sanchez. Stone described Sanchez as a “very hot Hollywood manager, happens to be a friend of mine.” The InfoWars video has since been made private or taken down.

2. Sanchez Has Referred to His Sister Lauren as His Best Friend & Spoke to the Media After She Gave Birth to Her Son in 2006

Michael Sanchez, based on his Facebook photos, appears to have a close relationship with his sister, Lauren. In a picture of the two of them posted on September 30, 2018, he included the caption, “Celebrating life with my best friend since birth…” Sanchez has since made his Facebook page private.

Sanchez was the family member trusted to share the news publicly that his sister and her husband, Patrick Whitesell, had welcomed a baby boy in 2006. He confirmed to People that the baby looked like his father, and that Lauren and Patrick were “absolutely thrilled” at the birth of their son.

Michael and Lauren also have another sister, Elena Sanchez Blair. She is a photographer in Seattle, according to her Facebook page.

3. Sanchez Shares His Support for President Trump on Social Media & Has Been Linked to Former Trump Campaign Adviser Carter Page

Michael Sanchez is a strong support of President Trump. On his Twitter account, Sanchez has frequently come to the president’s defense. He has posted several times about CNN, describing the network’s coverage as “fake news” and slamming them as “dishonest divisive dunces.” Sanchez has also referred to Special Counsel Robert Mueller’s investigation as a witch hunt.

Thanks to Carter Page & Scottie Nell Hughes for putting Russia Hysteria in Context at Politicon 2018.

Michael Sanchez has also been connected to Carter Page, a former Trump campaign adviser. The two posed for a picture together at Politicon in Los Angeles in October 2018, along with anchor Scottie Nell Hughes. Page told the Daily Beast that Sanchez is a friend, and that Sanchez arranged for him to appear at the annual event, which is described on its website as the “Unconventional Political Convention.”

4. Michael Sanchez Has Been Married to His Husband Since 2011 & Enjoys Playing Tennis

Michael Sanchez has been married to husband Casey Ashby since November of 2011. They met in 2006 and tied the knot in a ceremony on the beach in Los Cabos, Mexico, according to the Hollywood Reporter.

Ashby works in the fashion industry, as a Gucci store director. The couple lives in Hollywood, according to Sanchez’s Twitter profile.

When he’s not working or spending time with family, Sanchez enjoys playing competitive tennis. In 2018, he won the Queen City Open in Cincinnati. The Laguna Beach Indy reported in 2016 that Sanchez began playing tennis at age 11. An injury prevented him from pursuing the sport at the collegiate level, but he began playing again in his mid-20s.

5. Michael Sanchez Works as a Talent Manager, According to His Facebook Page

Michael Sanchez has built a career in the media industry, according to his Facebook page. He wrote that he worked as an agent for International Creative Management, a talent and literary agency, but did not specify when he worked there or for how long.

Sanchez worked for MTV as Director of Sales & Marketing in New York City from 1999 until 2004. He is currently a Talent Manager/Producer for Axis Management. He is also the founding Partner of Double Tap Media, a film and TV production company. 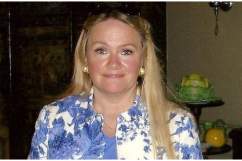 Loading more stories
wpDiscuz
0
0
Would love your thoughts, please comment.x
()
x
| Reply
Michael Sanchez is the brother of Lauren Sanchez, whose affair with Amazon CEO Jeff Bezos was exposed in the National Enquirer.