Ashley Evans, a young mother from southwestern Ohio recovering from an addiction to opioids, attended the State of the Union address as a guest of President Donald Trump.

While in Washington, D.C. Evans is also representing Brigid’s Path, a non-profit organization that treats babies born addicted to drugs.

Evans was seated next to First Lady Melania Trump for the speech.

GettySpecial guest of the President Ashley Evans was seated next to First Lady Melania at the State of the Union address on February 5, 2019.

1. Ashley Evans Said She Used Heroin Every Day Leading Up to the Birth of Her Daughter; She Has Now Been Sober For More Than a Year

Ashley Evans has had an arduous journey to recovery. According to the White House, Evans has struggled with addictions for much of her life. Despite attempts to stay clean, she started using again after becoming pregnant in 2017.

She told WKEF-TV in a 2018 interview that she used heroin up until two days before giving birth to her daughter, Olivia. Evans told reporter Kelly May, ““I couldn’t understand why. Like, why can’t I just stop doing what I’m doing? I know there’s a child inside me, but the disease kept talking to me.”

Evans’ daughter was born addicted to heroin. The baby was cared for by staff professionals at Brigid’s Path to wean her off her the drug addiction. Evans will get Olivia back on February 15, 2019.

2. Ashley Evans praised Brigid’s Path For Helping Her to Keep Her Family Together

Ashley Evans has become a vocal advocate for the non-profit organization Brigid’s Path in Kettering, Ohio, which opened its doors in January of 2018. In the video embedded above, Evans explained that her addiction to opioids and other substances stemmed from three main causes: the death of her mother, her son’s adoption, and a broken ankle.

Evans praised Brigid’s Path for helping her to keep her daughter. On its website, the organization describes its two primary goals:

Engaging these infant’s families in an easy-to-access, non-judgmental setting where they can begin the journey of bonding with their child and accessing a wide range of community services with the assistance of family advocates using a strengths-based approach.” 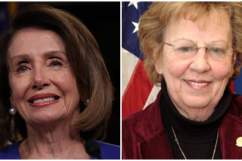 3. President Trump Signed the ‘Caring Recovery for Infants and Babies Act’ in January 2019

In 2017, Ohio senators Sherodd Brown (D) and Rob Portman (R) championed a bipartisan bill called the Caring Recovery for Infants and Babies Act. The new law allows the type of care Evans’ daughter Olivia received at Brigid’s Path to be covered by Medicaid.

Evans spoke with Senator Portman when he visited the facility in 2018. He told local media at the time that he was “encouraged” by the work the facility is doing. The senator added, “I want to help Brigid’s Path take this model to other places in Ohio.”

Congress approved the measure in October 2018 and sent it to President Trump for his signature. He signed it on January 29, 2019. The president may mention the new law during his State of the Union address.

4. Report: Montgomery County in Southwest Ohio Had the Highest Rate of Overdose Deaths in the Nation in 2017

Evans is from Kettering, Ohio, a suburb of Dayton located in Montgomery County. The region made headlines in 2017 as the “overdose capital of the United States,” with the highest number of deaths per capita.

According to the county coroner, accidental overdose deaths rose dramatically over the space of one year. 566 people died in 2017, compared to 371 in 2016.

Increased availability to overdose-reversal drug naloxone has helped to stem the tide. The Montgomery County Alcohol, Drug Addiction, and Mental Health Services organization received $2 million in grant money from the federal government. The life-saving drug, along with educational intiatives, appears to be saving lives. In 2018, 292 people died from overdose deaths in Montgomery County. It’s still a high number, but marks progress from where the area was in 2017. 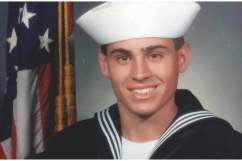 Craig Wibberley Honored at State of the Union Address

5. Ohio Was Hit Especially Hard By the Opioid Crisis

Ohio overall has been one of the hardest-hit states in the opioid crisis. According to the National Institute on Drug Abuse, Ohio was among the five states with the highest number of overdose deaths.

In 2016, more than 3,600 people died from overdoses, which equates to a rate that was more than double the national average. Statistics suggest the number of prescriptions issued may have played a role; in 2015, doctors reportedly issued 85.8 opioid prescriptions per 100 persons.

READ NEXT: Grace Eline, Trump’s State of the Union Guest