Nancy Oakley, a Florida politician accused of licking and groping one of her colleagues, resigned from her position as a City of Madeira Beach Commissioner.

She turned in her resignation following the completion of a report by the Florida Commission on Ethics. The commission recommended that the governor publicly censure Oakley and impose a $5,000 civil penalty.

Oakley has long denied the allegations. But witnesses offered sworn testimony stating that Oakley had made a habit of this kind of behavior and had made unwanted sexual advances toward several men.

The allegations first date back to November of 2012, as laid out by the State of Florida Division of Administrative Hearings. The report, embedded above, explains that the City Commission held an outdoor meeting to recognize Bimini, Bahamas, as Madeira’s sister city. The meeting was held at a baseball field and coincided with the King of the Beach tournament. Nancy Oakley acknowledged that she had been drinking alcohol at the tournament.

Cheryl McGrady was serving as deputy clerk and was assigned to record the minutes of the meeting. According to the report, Oakley did not want to start the meeting because she resented the fact that McGrady was present for it. Oakley disliked McGrady because she believed that McGrady and City Manager Shane Crawford were having an affair. (McGrady and Crawford later got married but denied ever having an affair).

Oakley ended up having a heated conversation with McGrady and Crawford. The mayor of Madeira Beach, Travis Palladeno, said that he heard Oakley demand, “You need to get that f***ing b*tch out of here.” The mayor said this occurred while in the presence of the representative from Bimini. Oakley denied this occurred.

The meeting eventually took place, but the drama erupted again once it had been completed. Oakley approached Crawford, Grady, Madeira Beach public works director David Marsicano and his then-wife Shelley, and Nicole Bredenberg. The report explains that Oakley walked up to Crawford and licked “up the side of his neck and face.” She then grabbed his penis and buttocks.

McGrady spoke up and told Oakley that her actions were not appropriate. Oakley then allegedly tried to punch McGrady but Shelley Marsicano intervened. Security was called at that point.

McGrady later explained that she did not file a complaint at that time because she feared for her job. The report stated, “Ms. McGrady was placed in a predicament when [Oakley’s] animosity towards her became overt and physical. [Oakley] created a hostile environment and employees were rightfully fearful of retaliation if they reported [Oakley’s] actions.”

2. At Least Four Men Claimed That Nancy Oakley Had Licked or Groped Them

Shane Crawford was one of four men who accused Nancy Oakley of touching him inappropriately. David Marsicano testified that Oakley had licked him on a different occasion and corroborated Crawford and McGrady’s testimony from that day. He was quoted in the final ethics report as saying that he “had issues and fears” with Oakley dating back to 2004 and that he would “regularly dodge [Oakley] if I at all possibly can” because he did not “need any problems.”

Thomas Verdensky, identified in the document as the president of the volunteer organization called the Old Salt Foundation, was the person who called for the head of security during that November 2012 incident. He also testified that he had been licked by Oakley in the past.

A fourth man was questioned during the course of the investigation. Michael Maxemow, the former Madeira Beach community services director, told investigators that Oakley had licked him during the opening of a Bubba Gump’s restaurant. Maxemow said that Oakley had been intoxicated at the time, and “licked his face and neck in the presence of her husband, who quickly escorted her from the building.”

3. Crawford Filed an Official Ethics Complaint in 2017 Against Oakley

Former City Manager Shane B. Crawford filed a complaint against Nancy Oakley in February of 2017, after Oakley announced she was running for re-election. Crawford alleged that Oakley had repeatedly made “unwanted sexual advances” toward him and another member of the city staff. He described the advances “included unwanted kissing and licking of our necks and faces.”

Oakley argued during the investigation that the allegations against her lacked “competent substantial evidence.” But the Administrative Hearings Division disagreed with that assessment. They explained in their report that they found the testimony of the witnesses to be more credible because they were consistent.

The report reads, “The fact that the credible witnesses are not retelling the exact same version of the events, word for word, after six years, is evidence that they did not collaborate on the facts of Respondent’s violation in order to ‘get the story straight.'” The committee also concluded that there was no ulterior motive for filing the complaint.

The Florida Commission on Ethics released its final report on January 30, 2019. The commission recommended, ” that the Governor publicly censure and reprimand the Respondent and impose a civil penalty of $5,000 upon the Respondent.” Oakley argued that a financial penalty should not be imposed because she is a widow, but the ethics commission rejected that request. 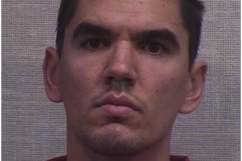 4. Nancy Oakley Insists She is Innocent & Vowed to Appeal the Decision by the Ethics Commission

The final ethics commission report on Nancy Oakley includes references to arrests prior to her election to the Madeira Beach Board of Commissioners. (The conclusion was that Oakley’s past arrests had not influenced the ethics investigation).

According to the report, Oakley had past arrests for driving under the influence.” Online court records in Pinellas County, Florida, also show an arrest for petit theft, a misdemeanor charge, in 2014 and a speeding ticket in 2008. In addition, the ethics report mentions an allegation that Oakley “participated in a mail hoax involving the United States Postal Service.”

In her resignation letter, Oakley insisted that she is innocent of the allegations. She added that she would appeal the ruling from the ethics commission. The Tampa Bay Times pointed out, however, that Oakley would not have been in office for much longer anyway. Her term would have ended in March of 2019 and she had not been planning to run for re-election.

5. Former City Manager Shane Crawford Said the City of Madeira Beach Had Pushed Him to Drop the Complaint Against Oakley

Shane Crawford told the Tampa Bay Times that he had faced pressure to drop his complaint against Nancy Oakley by the city of Madeira Beach, but he refused. Both Crawford and Cheryl McGrady, who had become his wife, were both fired a few months after he filed the complaint.

The Madeira Beach City Commission voted to suspend Crawford in May of 2017 by a vote of 3-2. Mayor Maggi Black told the Tampa Bay Times that Crawford “did not support the commission.” Commissioner Elaine Poe had filed an ethics complaint against Crawford for his romantic relationship with McGrady, even though as a city clerk, McGrady did not report to Crawford. Interestingly, Oakley did not recuse herself from the case despite the pending complaint filed against her by Crawford.

The Crawfords, who had gotten married by that point in 2017, received severance packages that included insurance benefits and 20 weeks of pay.