Lorie Michelle Morin, 47, faces charges including aggravated assault with a deadly weapon after deputies said she shot her new boyfriend during a drunken argument about his snoring.

Morin told investigators with the Brevard County, Florida Sheriff’s Office that the shotgun had gone off accidentally and denies fighting about his snoring. But her boyfriend, identified in the affidavit as Brett Alan Allgood, said from his hospital bed that Morin had pointed the shotgun at his head during the argument.

The shooting occurred on March 6, 2019, in Cocoa, Florida. Morin was arrested the following day and initially charged with attempted murder; that charge appears to have been dropped, according to inmate records. Morin posted bond and was released from custody on April 10.

1. Morin Told Deputies That the Shotgun Had Fired Accidentally But Changed Key Details in Describing What Happened

Lorie Morin cooperated with investigators but her story had inconsistencies, according to an affidavit. Deputies arrived at the home on March 6, 2019, and found Allgood lying on the floor in the master bedroom “in a pool of blood.” He had been shot in the right armpit. He was rushed to a hospital and was expected to be ok.

Deputy Randy Truitt, who prepared the report, wrote that Morin had told the responding deputies that the shotgun had gone off as she was handing it to Allgood, who had been standing behind her. She claimed she had held the gun with the muzzle facing toward the ceiling. Morin said she immediately called 911 and attempted to help stop the bleeding.

Morin tweaked her story when she went outside to speak with Deputy Truitt and another agent in his unmarked patrol car. Deputy Truitt wrote that he explained to Morin that she was not under arrest and could end their conversation at any time. She sat in the front passenger seat and agreed to give a sworn recorded statement.

Morin explained that she and Allgood had been drinking heavily that evening as they packed up belongings in preparation for an upcoming move. In this version of events, she claimed that the shotgun had gone off after Allgood attempted to take the weapon away from her. According to the affidavit, she had picked up the shotgun from the corner of the bedroom. As she turned around, Morin said Allgood was standing right behind her and “attempted to take the gun from her hands and she pulled the gun backwards saying ‘Whoa’ and pulling the shotgun away from him. ” Morin said that’s when the shotgun inadvertently fired.

In at least two separate interviews with deputies, Morin denied having an argument about Allgood’s snoring and insisted that the gun had been pointed at the ceiling. Deputy Truitt wrote in the affidavit that during a final interview before arresting Morin, she “attempted to show emotion, by covering her face with her hands and crying, but she never shed a tear the entire time during any of the interviews.”

2. The Victim Told Police That Lorie Morin Had Pointed the Gun at His Head as They Argued About His Snoring

Deputy Truitt spoke with Brett Allgood at the Holmes Regional Medical Center on March 7. He painted a much more ominous picture than Lorie Morin had. Allgood explained that he and Morin had been having an argument about his snoring. They had recently begun dating and Allgood sleeps at Morin’s home, though he does not have a key.

Allgood said the fight had started the night before the shooting. Morin had elbowed him in bed because his snoring was disturbing her. The affidavit states that on March 6, Allgood and Morin had a “verbal confrontation” about her elbowing him. Allgood said he tried to avoid a large fight by getting ready for bed, but that she followed him into the bedroom and they kept sparring. Morin told him he could just leave if he didn’t like talking to her about his snoring. Allgood responded by getting up and beginning to get dressed. (He had earlier changed into pajamas).

Allgood told deputies that Morin then grabbed the shotgun and pointed it at his head. According to the affidavit, Allgood said he feared for his life “because people usually do not pull guns and point them at people, unless they intend on using them.” Morin reportedly told Allgood to get out of her house.

He said he stepped toward her and shifted the barrel of the gun so that it was not pointed at him. Allgood explained that he “pressed against” Morin and told her, “You don’t have to do this, I’m leaving.” He let go of the shotgun and stepped backward. He said that as he went to leave, he heard the shotgun go off and “woke up lying in a pool of blood with excruciating pain coming from his right armpit area.”

Allgood told Deputy Truitt that he does not believe Morin intentionally shot him. But he said he would press charges and cooperate with investigators as the case progressed.

3. Affidavit: The Shooting Happened After Both Morin & Allgood Had Consumed Multiple Alcoholic Drinks

In their separate statements to police, Lorie Michelle Morin and Brett Allgood told similar stories about the evening leading up the shooting. He arrived at the home with a dozen roses, chocolate, a bottle of Captain Morgan rum and a box of Breath-Rite snoring strips. Morin said they each drank one beer before opening the Rum and mixing it with Coke and Diet Coke. She said Allgood was mixing the drinks, while Allgood said they each made their own. Allgood said he bought the alcohol because he was “trying to be nice” and that the bottle was Morin’s favorite.

They both explained that they were playing the card game Rummy at the table. He would intermittently sing songs on his guitar and she would pack. Morin told deputies they had planned to move to another home in Mims, Florida, and she was preparing for that move.

4. Morin & Allgood Had Been Dating For About Three Weeks Prior to the Shooting

The relationship between Lorie Michelle Morin and Brett Allgood began online and accelerated quickly after they mey in person. Morin explained they had mutual friends who had introduced them via social media in August of 2018. They chatted over Facebook for months but did not meet in person until February 16, 2019.

Morin described their relationship as a “match made in heaven” and that they loved each other very much. She said they fell “head over heels in love” after finally meeting and that Allgood referred to her as his “late Valentine’s Day girl gift.”

Allgood said that he had been sleeping over at Morin’s home in Cocoa, Florida, for a couple of weeks before the shooting. The home belongs to Morin’s mother and she was subletting it from her. Allgood said he left clothing there but did not have a key. They had reportedly planned to move to another home in Mims, which is where Allgood lives according to his Facebook page.

5. Lorie Michelle Morin Has a History of Alcohol-Related Arrests, According to Court Records in Brevard County

Lori Michelle Morin appears to have had issues related to alcohol consumption. Court records in Brevard County show that she pleaded guilty in 2010 to reckless driving, after initially being charged with a DUI. Court records show she had been arrested on suspicion of DUI at least three times within 10 years, which increases the charge to a felony.

Morin now faces two charges for allegedly shooting Allgood: Aggravated Battery with a Deadly Weapon, which is a Second-Degree felony, and Culpable Negligence, which is a misdemeanor. An initial charge of Attempted First-Degree Murder appears to have been dropped. 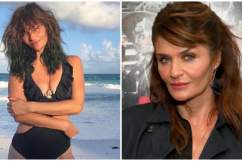 Loading more stories
wpDiscuz
0
0
Would love your thoughts, please comment.x
()
x
| Reply
Lorie Michelle Morin is charged with attempted murder after deputies said she shot her boyfriend during an argument over his snoring.