On July 4, an African-American man filmed a white man who called police on him for allegedly trespassing outside a San Francisco apartment building. The man’s child begged him not to call police.

Software engineer Wesley Michel said he was waiting for a friend when a man who’s been identified as Christopher Cukor demanded to know the name of the person he was waiting for, and then called police claiming Michel was trespassing. Cukor brought his young son outside with him and the child can be seen and heard pleading with his father to not call police saying he agreed with Michel.

Cukor, who works as an executive for YouTube according to his LinkedIn profile, ignores his sons cries and continues to ask police to respond to the location.

A minute later, Michel’s friend shows up and demands to know what is going on. The entire time, the young boy tries to convince his father that they should leave.

The 44-year-old Cukor has shuttered his social media.

Cukor’s father was killed in 2012 by a mentally ill man and he and other family members blamed police for not responding and later sued.

You can watch the video and learn more about Cukor and the incident here:

1. The Video Shows Cukor Calling Police on Michel as His Son Begs For Him Not To

It’s broad daylight on July 4 in San Francisco. Michel says he was waiting for a friend who lives in the building when Cukor told Michel to give him the friend’s name.

“Call your friend on the call box,” Cukor says. Michel says he does not have to do that. He says he’s just waiting. Cukor says he’s going to call police. Then his son begins to plead with his father not to do that.

“Daddy, don’t, don’t,” the child says. Michel says that Cukor is going to be the “next person” caught on camera calling police on people of color, similar to Permit Patty and others. Cukor, who says that Michel is threatening him, asks for the friend’s name. Michel says he’s not required to tell Cukor who he’s waiting for. The child again pleads: Daddy, let’s go. I don’t like this. Please daddy, let’s go.”

Poor little crying child. I hope he can grow up free of his father’s bigotry.

“Daddy I don’t like this, don’t do this. I agree with him. Don’t do this please.”

Cukor is on the phone with police saying, “There’s a trespasser …” as the boy again asks if they can please leave. The boy says, “Daddy, don’t. It’s the better daddy. I agree with him.” But Cukor stays on the phone saying Michel “tailgated” him through the door and then begins to describe Michel saying he has on a pink polo shirt, a Yankees cap and “appears” to be African-American.

The child still begs his father to hang up and for them to leave. Then Michel’s friend shows up; a handicapped woman named Lisa.

Dear white people. Calling 911 on Blacks is an act of violence, so when someone starts cursing at you for it don't try to be a victim. Anywho, let's make #christophercukor @chriscukor famous!
Repost from… https://t.co/kpDeXRTPk1

“Hello,” a woman can be heard yelling out near the end of the video. Michel had said she was handicapped. He says: “Hi, Cathy. I love you.”

The child says to the father, “I told you! Daddy, look what you’ve gotten us into. Let’s go!”

Is it ok for you to harass POC when you , yourself in fact are raising a POC? Even your child knew you were wrong. pic.twitter.com/bjV9Iw08st

In comments on Michel’s Facebook page, where the video has been seen and shared by tens of thousands of people, one refrain includes this comment: “Why does he need to identify himself to a stranger who lives there? Foh. Sad white people just call the cops on black people all the time for no reason.” 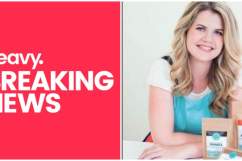 2. Cukor’s Father Was Killed in San Francisco By a Mentally Ill Man & Cukor & His Family Blamed Police For Not Responding

The San Francisco Chronicle reported in 2013 that the family of Peter Cukor, then 67, who was “bludgeoned by a mentally disturbed person,” blamed Berkeley Police for not responding to a call for help from the elder Cukor. His sons, including Chris Cukor “criticized the Police Department for failing to respond to their father’s call for help about an intruder on his property, noting that he had called a number that police describe on their website as an emergency line.”

Chris Cukor's father was not killed by an apartment-building-tailgater but I can understand that he'd be apprehensive about intruders.

"Peter Cukor was killed in the driveway of his home on Park Gate in the Berkeley hills the night of Feb. 18."

In another news story from the time, it was reported the Cukor family filed a lawsuit against the city of Berkeley. Cukor was killed outside his home by a 23-year-old mentally ill man. The lawsuit alleged that an emergency dispatcher likely knew that police wold not arrive quickly: “Peter Cukor would not have gone outside if he did not believe that a trained and armed professional police officer was approaching his home and would arrive at any moment or was in the street near the home but needed assistance to find the driveway.”

People calling the police on POC is reprehensible and most of the time these instances are racially motivated. However Chris Cukor’s father was murdered by an intruder which might point to his oversensitivity towards strangers outside his building, regardless of their race.

Some pointed to that tragedy as perhaps a reason for Cukor’s actions.

“People calling the police on POC is reprehensible and most of the time these instances are racially motivated. However Chris Cukor’s father was murdered by an intruder which might point to his over-sensitivity towards strangers outside his building, regardless of their race.” 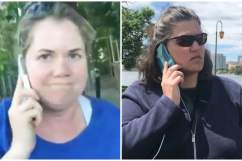 Permit Patty & BBQ Becky: What the Bay Area Viral Villains Have in Common

3. Cukor Posted to Medium on Tuesday to Share His Version of Events, Explain His Perspective & Apologize to Michel

Christopher Cukor responds to the viral video and gives his version, tells his history and then, apologizes.

In a post on Medium, Cukor addressed the incident. In a post titled, ‘One Conversation, Two Histories — My perspective on an incident in a San Francisco doorway,’ he gives his version of events, which are not dissimilar to those provided by Michel. But says he commonly questions people coming into the building who do not use the apartment building callbox. He says there’s been robberies there. And then he recalls what happened with his father. He ends with an apology to Michel and says he hopes he’ll read the post.

“A chance encounter this past weekend has upended my life in unexpected ways. Many of you know the parts that you’ve seen — the video of a conversation that happened outside my home. I’d like to share some extra details about that event that I think add some important context.

First just some background on that day:

– I was leaving my building with my child to take him to a friend’s house.

– Like many in San Francisco, I live in a building with a security callbox and residents in the building count on that security measure.

– I noticed Wesly Michel caught the door and entered the building without using the callbox. I did what came naturally and asked where he was going. I want to be clear on this point, this is something I do regularly, regardless of who the other person is.

– I offered to hold the door open while he used the callbox to contact his friend.

– As I learned later, Wesly was a friend of a guest of a resident in the building. The building resident was not expecting Wesly.

– When the encounter turned confrontational and I couldn’t resolve it myself, I called the police.

Here’s where the complexity begins. I was coming into this situation with my unique history.

My father was murdered outside his home by a trespasser who he confronted alone. For my child’s safety, my safety and that of the building, I felt it was necessary to get help in this situation. Furthermore, I’ve encountered trespassers in my building and we’ve been robbed several times. This is not uncommon in San Francisco and the bad actors are all different colors.

I now realize that Wesly was reacting based on his unique history as well. Unfortunately there is a terrible pattern of people calling the authorities regarding people of color for no other reason than their race. The last thing I ever intended was to echo that history — and I’m sorry my actions caused Welsy to feel unfairly targeted due to his race.

I believe people are good at heart. It’s our past experiences and fears that cloud even our best intentions. I hope Wesly will read this and understand my history as I have tried to understand his.”

4. Cukor Works For YouTube, Graduated From Princeton & Has a Years-Long Career in Internet TV & Device Partnerships

According to his LinkedIn, Cukor works for YouTube as a “Device Partnerships” executive.

Previously, the Princeton graduate worked in a similar capacity for Samsung Electronics in “Partnerships & Business Development for Smart TV, LG Electronics, and Intel Media for a decade.

Cukor also has an MBA from the University of California, Davis. He is married to Nina Wang Cukor. His wife works at a Palo Alto design and consulting firm.

5. Michel, a Software Engineer, Said That He’s Experienced Racial Profiling Before. Some Say The Video is ‘Race-Baiting’

That video is race baiting. He leaves his building's secure lobby and someone tailgaits in without a key or being buzzed in. He says "hey we have a no tailgaiting policy, you can't just walk in, get your friend to buzz you in if you are visiting a friend."

Some called the video “race-baiting.”

“That video is race baiting. He leaves his building’s secure lobby and someone tailgaits [sic] in without a key or being buzzed in. He says “hey we have a no tailgaiting policy, you can’t just walk in, get your friend to buzz you in if you are visiting a friend.”

Cukor and Google, which is YouTube’s parent company, did not immediately respond to request for comments from Heavy.

Loading more stories
wpDiscuz
0
0
Would love your thoughts, please comment.x
()
x
| Reply
Christopher Cukor is a YouTube employee who called police on a black man at his Bay Area apartment for "trespassing" as his son begged him not to in a viral video. He's since explained and apologized.