Gretchen Whitmer has been the governor of Michigan since 2018, when she defeated Republican Attorney General Bill Schuette for the state’s top seat. Whitmer has since become a divisive figure for her ongoing response to the coronavirus. Whitmer declared a state of emergency on March 10 in response to the threat. She has since issued 47 executive orders related to the coronavirus, several of which have been rescinded.

The governor has recently traded blows with President Trump over state access to personal protective gear. In a tweet on March 27, Donald Trump wrote, “Gretchen ‘Half’ Whitmer is way in over her head, she doesn’t have a clue.” Whitmer recently told The Atlantic she’s appalled by “the inconsistent messaging and the lackadaisical attitude at the national level, [which] really undermined the seriousness of the issue for a lot of people.”

Michigan has reported 31,424 confirmed cases and 2,391 deaths as of April 20. New York has promised Michigan 100 ventilators, and the governor’s twitter reported that California delivered 50 ventilators to the state on April 15.

Here’s what you need to know about the Michigan governor: 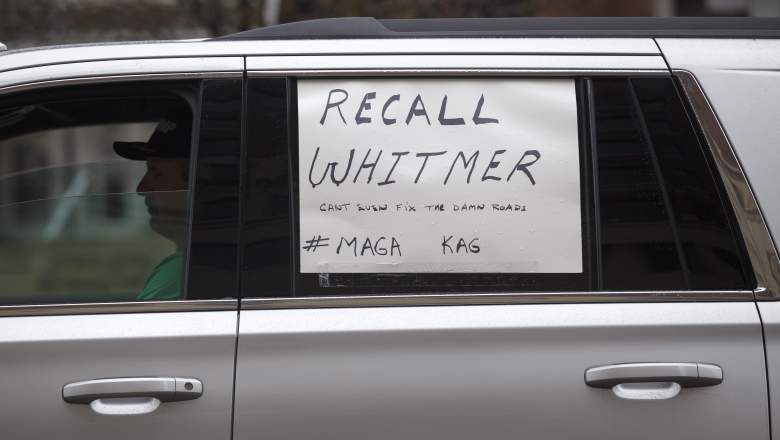 Getty A man sits in his car while driving toward the Capitol to protest Gov. Gretchen Whitmer’s Stay Safe, Stay Home executive order on April 15, 2020, in Lansing, Michigan.

Michigan’s response to the coronavirus has prompted protests in Lansing and an online recall petition. The “Operation Gridlock” protest, organized by the Michigan Conservative Coalition and the Michigan Freedom Fund, took place on Wednesday, April 15. A Facebook event page for the protest reports that 4,900 people attended the protest and 18,000 expressed interest in going. The page encourages attendees to drive to the Lansing capitol building and states, “Do not park and walk – stay in your vehicles!”

Footage of the event from the Guardian shows that protesters did not heed this request, and many exited their cars to march, thereby defying social distancing guidelines. Additional footage captured protesters chanting “lock her up” in reference to Whitmer and toting large assault-style weapons on the steps of the capitol building.

A petition on change.org to recall Whitmer was posted one month ago and now reports 266,518 signatures. The page claims that “[Whitmer’s] failures during the Covid-19 Corona Virus is causing more Michiganders to get sick” and that her efforts are “[f]urther promoting the pandemic.”

2. Gretchen Whitmer Gave the Democratic Response To the 2020 State of the Union

In her 10-minute response to President Trump’s 2020 State of the Union address, Whitmer highlighted policy efforts to improve infrastructure, healthcare and financial security. “In my own state … wages have stagnated while CEO pay has skyrocketed,” Whitmer says. “So when the president says the economy is strong, my question is, strong for who?”

Much of her speech emphasized the work of Democratic governors throughout the U.S. Her gubernatorial campaign in Michigan in 2018 emphasized her plan to “Fix the Damn Roads” and improve job security.

Trump won Michigan by fewer than 11,000 votes in 2016 and received a total of 2,279,543 votes from Michiganders, according to the New York Times. Whitmer received only 13,000 fewer votes than Trump in her 2018 gubernatorial election.

3. Whitmer Was Born and Raised in Michigan 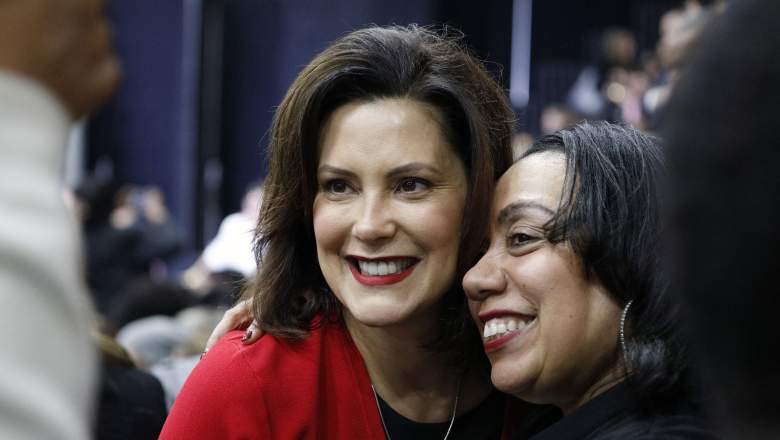 Whitmer was born on August 23, 1971, at Sparrow Hospital in Lansing, Michigan, to Richard and Sherry Whitmer. She graduated from Forest Hills Central High in 1989 before going on to Michigan State University and then the Detroit College of Law at MSU. Her high school paper, The Central Trend, covered her gubernatorial campaign in 2017.

Whitmer has two daughters, Sherry and Sydney, with her first husband, Gary Shrewsbury. Following her divorce from Shrewsbury, she married Mark Mallory, who has three sons from a previous marriage. In August 2019, the family brought home a puppy named Kevin. The family lives in Lansing, Michigan.

4. She Shared Her Experience as a Rape Victim in an Impassioned Speech on the Michigan Senate Floor

In opposition to a Right to Life petition that would mandate “rape insurance” for Michigan women, Whitmer delivered a rousing speech against “one of the most misogynistic proposals ever seen in the Michigan legislature.” After spending several minutes outlining the effects of the bill and highlighting its limited support, Whitmer put down her prepared speech. Then she went on:

I can’t push one of my colleagues to share a tough story if I’m not brave enough to share one of my own. But over 20 years ago, I was a victim of rape. And thank god it didn’t result in a pregnancy, because I can’t imagine going through what I went through and having to consider what to do about an unwanted pregnancy from an attacker.

And as a mother with two girls, the thought that they would ever go through something like I did keeps me up at night.

It is something I have hidden for a long time, but I think you need to see the face of the women that you are impacting by this vote today.

The petition passed the Michigan state legislature and went into effect in March 2014. According to a report from the Guttmacher Institute, as of March 1, 2020, women in the state of Michigan must still purchase abortion coverage at additional cost if they want their private insurance to cover abortion for non-life-threatening reasons.

5. She Has Been Floated as a Potential Running Mate for Joe Biden’s 2020 Presidential Bid

In a debate on March 15, former Vice President Joe Biden committed to selecting a woman as his running mate. In his statement, he insisted that “[t]here are a number of women who are qualified to be president tomorrow.”

Since then, Whitmer’s name has appeared again and again in the Democrat’s “veepstakes.” In the second episode of his new podcast, “Here’s The Deal,” Biden hosted Whitmer on the show. On April 5, The Hill reported that Biden was considering Whitmer for the position. On April 16, the Washington Post ran a story speculating that Whitmer may have “taken herself out of the Veepstakes.” Michigan is a crucial swing state in the upcoming 2020 election.

Loading more stories
wpDiscuz
0
0
Would love your thoughts, please comment.x
()
x
| Reply
Gretchen Whitmer is the governor of Michigan and has become a divisive figure for her ongoing response to the coronavirus.