In an interview with FOX Business‘ Blake Burman, Trump said, “I support actually larger numbers than the Democrats, but it’s got to be done properly. I want the money getting to people to be larger so they can spend it. I want the money to get there quickly and in a non-complicated fashion.”

In his comments, it wasn’t clear if Trump was referencing the CARES Act, which was passed with bipartisan support in March and included the first round of stimulus payments, or the HEROES Act, which passed the House in May but has faced an uphill climb for support in the Senate.

Regardless, the timing of Trump’s comments was significant: they came after the monthly jobs report, which impacts Congress’ decision on whether or not the American people need more financial support. The June jobs report was released on Thursday morning. It showed that the U.S. economy added 4.8 million jobs in June, which was well above estimates, per Forbes. Additionally, the unemployment rate is down to 11.1 percent.

Given that Trump officials are still signaling support for another stimulus payment, in spite of the economic improvement shown in the June jobs report, it means that a stimulus checks provision in the next stimulus package is much more likely now.

Breaking Down the Numbers for the CARES Act & the HEROES Act

VIDEO: President Trump commits to 2nd stimulus. He says details would be announced in the coming weeks. The President would not tell me how much of a check Americans will receive. pic.twitter.com/Abd5E8P3Au

The CARES Act was passed in March, and provided direct stimulus payments to over 150 million Americans. The payments for individuals ranged up to $1,200, depending on their most recent tax filing, and it provided up to $3,400 for a family of four, depending again on the salaries filed in the most recent tax return for the family.

The HEROES Act, on the other hand, would provide the approximate same amount to individuals as the CARES Act, but much more to certain families. Here’s how those numbers would break down:

Since Trump has said he wants the next round of stimulus payments to be “larger” than what “Democrats” have offered, this means that the stimulus checks for individuals would be over $1,200. 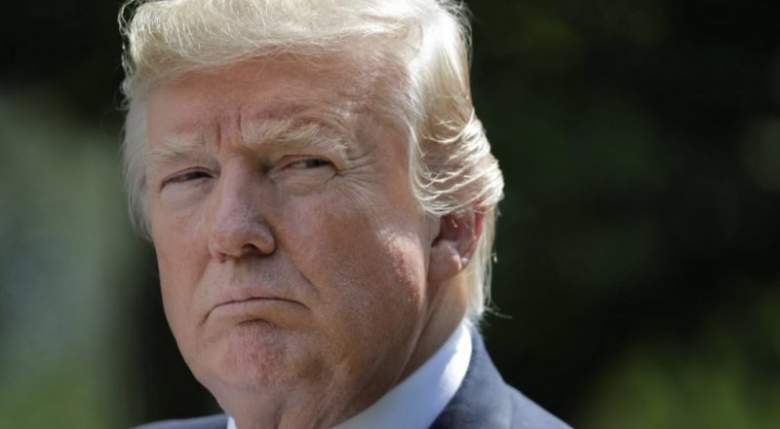 GettyTrump has signaled interest in another round of stimulus payments — but this likely won’t be approved until August at the earliest.

Though many GOP senators have consistently indicated their disinterest in a second round of payments, the Trump administration has consistently said otherwise. In another interview with Fox Business on Thursday, White House economic adviser Larry Kudlow told FOX Business that the next stimulus package would be “a large-scale package.”

He continued, “Direct checks are probably going to be part of it, as far as the president is concerned right now.” Similarly, in a press conference on Thursday, Treasury Secretary Steven Mnuchin said the administration plans to “seriously consider” another round of payments.

Earlier in the month, Trump spoke with Scripps National Political Editor Joe St. George about whether the American people could expect another round of stimulus payments

READ NEXT: COVID-19 Stimulus Checks: Will Second Round Payments Happen in July?

Loading more stories
wpDiscuz
0
0
Would love your thoughts, please comment.x
()
x
| Reply
A second round of COVID-19 stimulus checks might be larger than the first round, according to the president.