Sergeant Damian Lamar Daniels was a 31-year-old combat veteran who was shot and killed by authorities in front of his home in San Antonio, Texas, on Tuesday evening, after authorities responded to mental health calls. Daniels was described by family members, and later by authorities, as suicidal. Bexar County Police have since released body cam photos which show a bulge beneath Daniels’ shirt, which authorities say was a gun.

In the wake of Daniels’ death, activists are condemning the behavior of the deputies who were on the scene when Daniels died. Many have argued that police shouldn’t have been the ones to respond to a mental health call, and that a counselor would have been better suited to help Daniels on Tuesday evening. 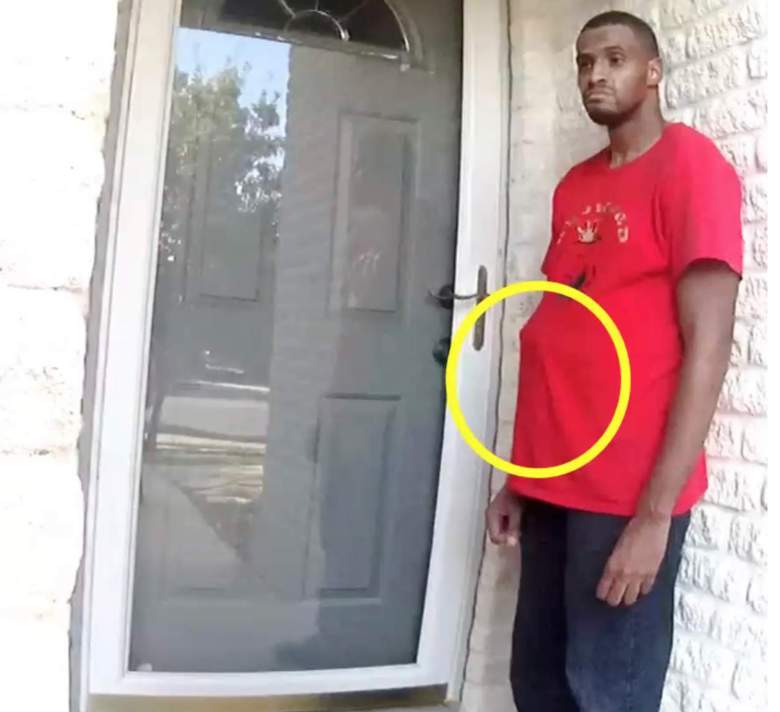 On Tuesday, three deputies visited Daniels’ home twice, once in the afternoon and once in the vending, according to Sheriff Javier Salazar. The first call came from a family member, who said Daniels was having suicidal thoughts. The second call came from Daniels, himself. Per Salazar, Daniels told the authorities that he was hearing things, that there was a ghost in his house, and that he was experiencing paranoia.

On the first visit, authorities came and spoke to Daniels, then left. They described the exchange as “curt,” Salazar said. Later that evening, authorities came to Daniels’ house again after two more calls. When Daniels stepped outside the second time, deputies were able to see a “bulge” beneath his shirt, which can be seen in the photo above. Per the San Antonio Express News, authorities later confirmed Daniels was armed with a Glock Model 22 .40-caliber pistol, a second magazine and a knife.

During that second interaction, a struggle took place. Authorities say Daniels tried to grab one of the deputies’ stun guns, and that he then reached for his own gun under his shirt. Eventually, one of the deputies shot and killed Daniels.

2. Bexar County Sheriff Javier Salazar Praised the ‘Restraint’ of His Deputies Throughout the Incident That Led to Daniels’ Death 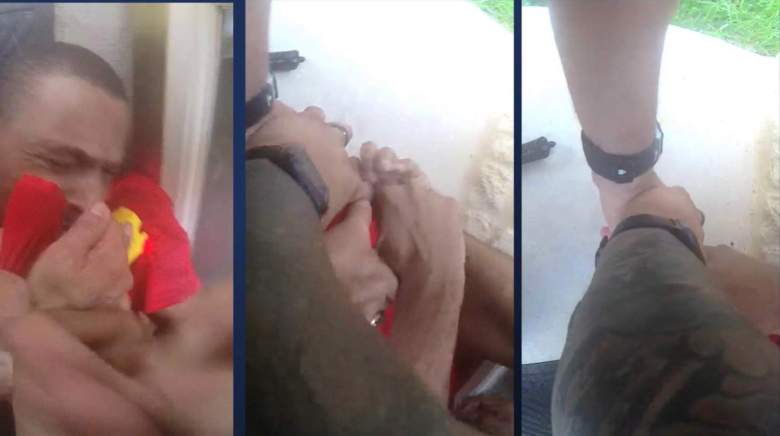 Chief Salazar repeatedly defended and praised the work of his officers during a press conference on Wednesday. “It was very clear [the deputies] were in a fight for their lives,” he said at one point.

Although activists have already begun to decry the circumstances around Daniels’ death, arguing that the officers were not fit to respond to a mental health call, Salazar disagreed this assessment.  “Our deputies and officers are forced to become mental health workers, and they’re very talented at that,” Salazar argued on Wednesday. “This is a suspect that we realize was armed very early on, and I think that our deputies were well-equipped to handle that situation.”

Salazar also firmly disagreed with the notion that racial discrimination had anything to do with Daniels’ death. “I can tell you unequivocally, that did not play a role in this,” he said to reporters on Wednesday.

3. Daniels Is a Combat Veteran Who Was Described as Suicidal After the Deaths of His Family Members 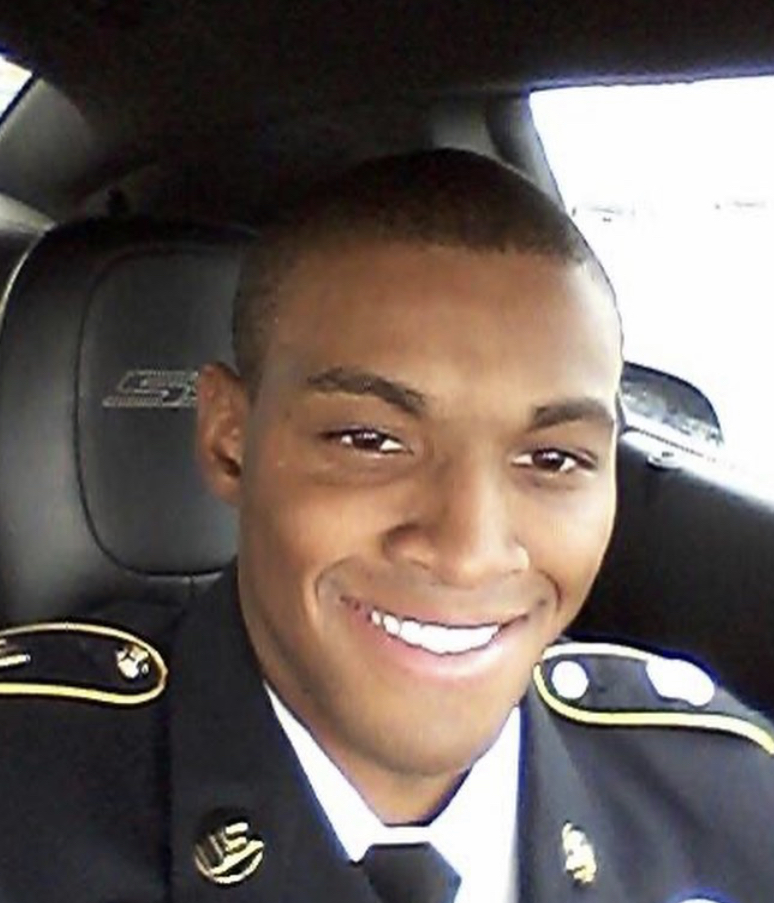 Daniels, 31, was a combat veteran. He was publicly identified a day after his death. Daniels had recently experienced the death of a sibling and another family member, a friend has said.

On Wednesday, Chief Salazar said, “It was readily apparent that this suspect was despondent. Reports were he was suicidal and despondent over the loss of several family members and there were indications he was seeing things or hearing voices.”

[Daniels] Served this country with honor and distinction. And was just murdered by the Bexar County Sheriff’s Department in San Antonio, Texas IN HIS OWN HOME. He was a brilliant, kind soul. ⁣Moments ago, @leemerrittesq and I just had the hardest call imaginable with his dear mother. I won’t even repeat it. It’s what every family who goes through this has to deal with.⁣.. We are going to be standing with Damian’s family and we are going to need your help.

4. The Officers Involved in Daniels’ Death Have Been Placed on Administrative Leave 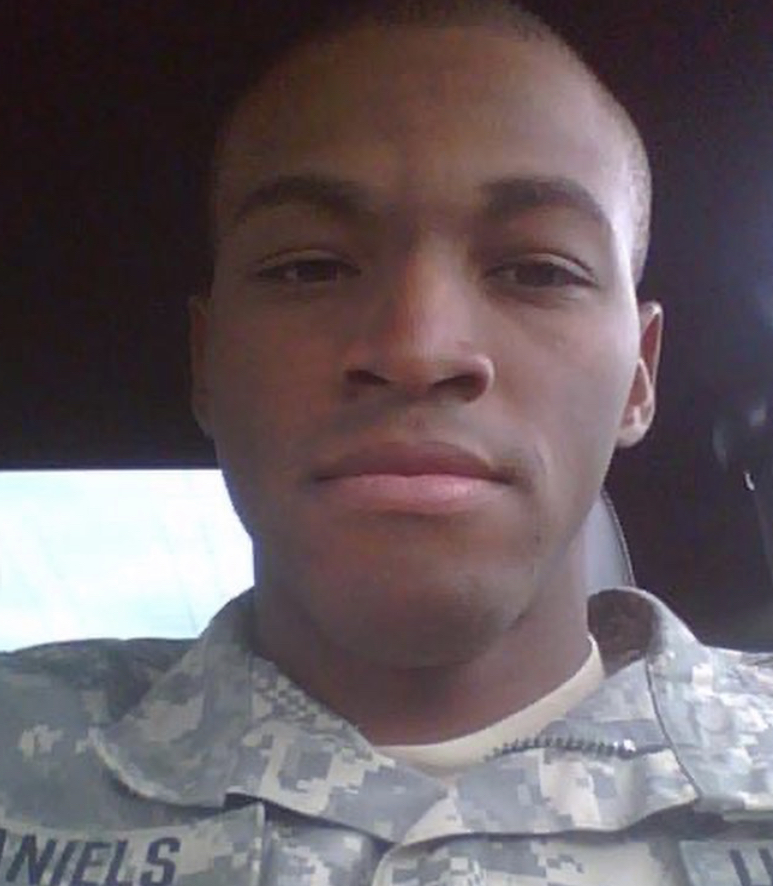 The decision to put the officers on administrative leave is one of standard procedure, KSAT reports. Two separate investigations into Daniels’ death are underway. There has been no indication from Salazar or other authorities that the deputies involved in Daniels’ death are suspects in his death.

5. Daniels’ Death Has Inspired an Outcry, With Many Demanding New Systems & Structures for Mental Health Support

🤬😢 You are looking at Sergeant Damian Lamar Daniels. ⁣ ⁣ Served this country with honor and distinction. And was just murdered by the Bexar County Sheriff’s Department in San Antonio, Texas IN HIS OWN HOME. He was a brilliant, kind soul. ⁣ ⁣ Moments ago, @leemerrittesq and I just had the hardest call imaginable with his dear mother. I won’t even repeat it. It’s what every family who goes through this has to deal with.⁣ ⁣ Please follow @GrassrootsLaw. We are going to be standing with Damian’s family and we are going to need your help.

In the wake of Daniels’ death, as many learn about his struggle with mental health, people are calling for a new system to be put in place for those who face a mental health crisis, so that police officers aren’t the ones responding to those 911 calls.

On Wednesday, shortly after Chief Salazar released the details around Daniels’ death, 50 activists gathered outside the Sheriff’s office, the San Antonio Express News reports. Lexi Qaiyyim, an organizer with Young Ambitous Activists, told the newspaper that Daniels’ death is one example of why people are calling to defund the police, and reallocate funds towards other forms of crisis management, like mental health counseling.

Others are mourning Daniels’ death online. One person tweeted, “Damian Lamar Daniels. His life mattered, and when we needed mental health support the most, he had to face men with guns and only 8 hours of mental health training. We cannot let this happen again to our comrades, especially to combat veterans. #JusticeForDamianLamarDaniels”

Read More
5 Fast Facts, Crime
Sergeant Damian Lamar Daniels was a 31-year-old combat veteran who was shot and killed by authorities in front of his home in San Antonio, Texas.