Linda Hamilton‘s twin sister, Leslie Hamilton Freas, has died. According to her obituary, Freas died in Mount Laurel, New Jersey on August 22, 2020. She was 63-years-old. Her obituary didn’t mention a cause of death and said that her death was unexpected.

During her career, Freas worked as an emergency room nurse and then a hospice nurse before she died. Originally from Salisbury, Maryland, she relocated to Mount Laurel and lived there was 35 years.

“Leslie was the consummate caretaker, and devoted her life to helping her children and the lives of others.” her obituary stated. “She was an avid fisherwoman through the years, and was not shy about out-fishing anyone who joined her. Above all, she cherished the time spent with her family and friends, and will be deeply missed by those she leaves behind.”

Besides being survived by her twin Linda, she had another sister, Laura, a brother Ford, stepbrother Jeffrey Payne, three children: Adam, Ashley and Kendall and two grandchildren, Ollie and Luna Bo.

Hamilton has not yet commented on her sister’s death.

Freas Worked as Her Sister’s Body Double Before 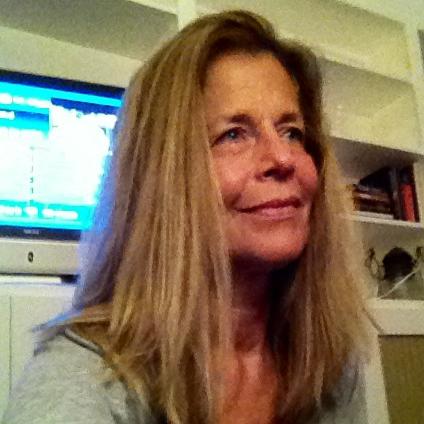 Outside of her career in the health care field, Freas appeared as a body double for her twin in the 1991 film Terminator 2: Judgment Day. According to Daily Mail, she appeared in many of Hamilton’s scenes like “the apocalyptic playground dream sequence and in the scene where the villainous T-1000 cyborg imitates Sarah [Conner]” in a mirror while she Hamilton works on the brain of the T-800. The two even attended the premiere together in matching black outfits in 1991.

A fanpage for The Terminator paid tribute to Freas once her death was announced on Twitter.

“Leslie helped bring the #T1000 to life in #Terminator2 and we are forever grateful for the movie magic. RIP Leslie,” the post read.

Leslie H. Freas (#LindaHamilton's twin sister) has sadly passed away unexpectedly on Saturday, Aug. 22, 2020. She was 63.

Leslie helped bring the #T1000 to life in #Terminator2 and we are forever grateful for the movie magic. RIP Leslie.#Terminator #LeslieHFreas #T2 pic.twitter.com/QFWlPfzwT0

Hamilton returned in 2019 to play Connor one more time for Terminator: Dark Fate. After returning to the big screen for another installment of the film, Hamilton said that was the last time she would be playing the role.

“In terms of what we built, it went far beyond my wildest dreams. That doesn’t mean I want to go and do another one. Once is probably enough,” Hamilton said about Connor’s role to Entertainment Weekly.

Hamilton also shared these sentiments with The Hollywood Reporter.

“I would really appreciate maybe a smaller version, where so many millions are not at stake,” Hamilton said. “Today’s audience is just so unpredictable. I can’t tell you how many laymen just go, ‘Well, people don’t go to the movies anymore.’ It should definitely not be such a high-risk financial venture, but I would be quite happy to never return. So no, I am not hopeful, because I would really love to be done.”

READ NEXT: Tamarris Bohannon: Black Police Officer Dies After Being Shot in the Head