A 13-year-old boy with autism has been hospitalized after suffering several bullet wounds after an encounter with the police. Linden Cameron of Salt Lake City, Utah, who has Asperger’s Syndrome, was shot by a police officer after his mother called 911 due to him having a mental crisis on September 4, 2020, the Washington Post reported.  Cameron suffered injuries to his intestines, colon,bladder, shoulder, stomach and ankles as a result of the shooting.

Cameron’s mother, Golda Barton, called police seeking help with calming him down due to him having a hard time coping with her returning to work. Barton told KUTV that she was following the procedure of how to ask for help when he son is in crisis by calling 911.

“This is how to deal with people with mental health issues,” Barton said. “So, you call them, and they’re supposed to come out and be able to deescalate a situation using the most minimal force possible.”

Barton added that she told police that Cameron was battling “bad separation anxiety,” was unarmed, “just gets mad and he starts yelling and screaming” and didn’t “know how to regulate.”

Barton said she wanted her son hospitalized to help him stabilize but within minutes of the police after 10 p.m, she heard police ordering him to the ground and shots being fired.

“While the full details of this incident are yet to be released as an investigation takes place, I will say that I am thankful this young boy is alive and no one else was injured,” Salt Lake City Mayor Erin Mendenhall said in a statement to the Salt Lake Tribune. “No matter the circumstances, what happened on Friday night is a tragedy and I expect this investigation to be handled swiftly and transparently for the sake of everyone involved.”

Cameron is hospitalized in serious condition.

1. Cameron Ran Away From Police After They Arrived

According to an early report of the incident, KUTV reported that police were responding to a call about a teenager with a “violent psych issue”  who was “having a mental episode and making threats to some folks with a weapon.”  After officers from the Salt Lake City Police Department arrived, police say Cameron ran and was then shot.

“During a short foot pursuit, an officer discharged his firearm and hit the subject,” Sergeant Keith Horrocks said during a news conference.

According to CNN, police also said that they were told that Cameron “had made threats to some folks with the weapon.” Barton claimed that she told police that her son was unarmed.

2. A GoFundMe Page Was Started For Help With Medical Bills 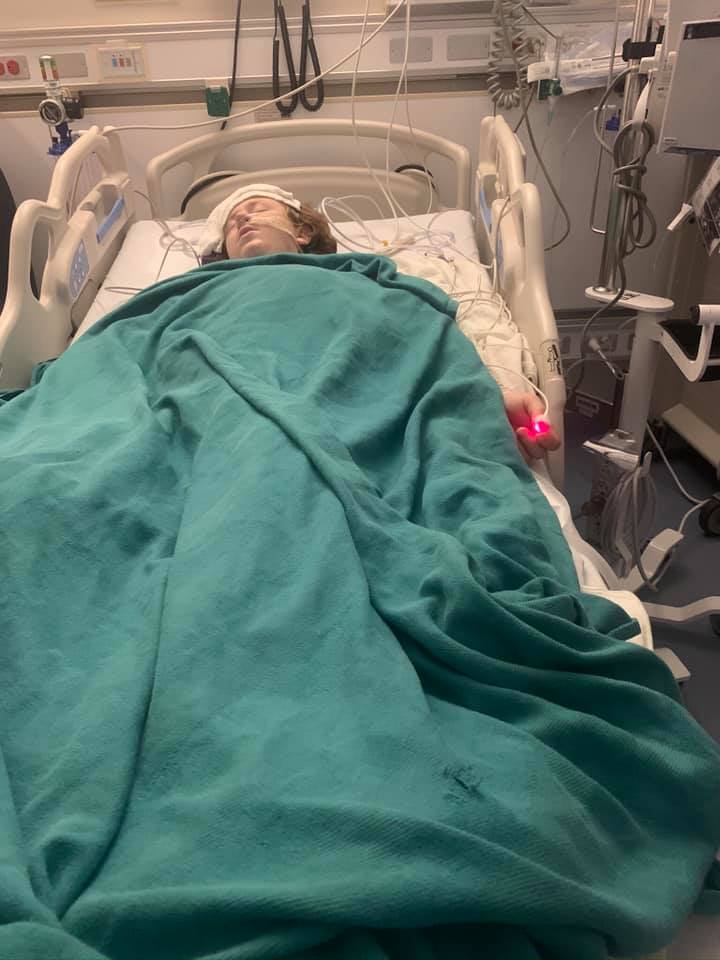 A GoFundMe page to help her pay for Cameron’s medical bills. At the time of publishing, $47,541 of the $50,000 goal had been raised. On the page, it reads that the long-term effects of his injuries are unknown. According to the page, the monies raised will be used for hospital bills, physical therapy and services for “trauma healing.”

Cameron is described as a teenager who loves “video games, four wheeling, and longboarding with his older brother, and building things” and is the type of person who is “always looking for ways to help people out.”

3. No Weapon Has Been Found 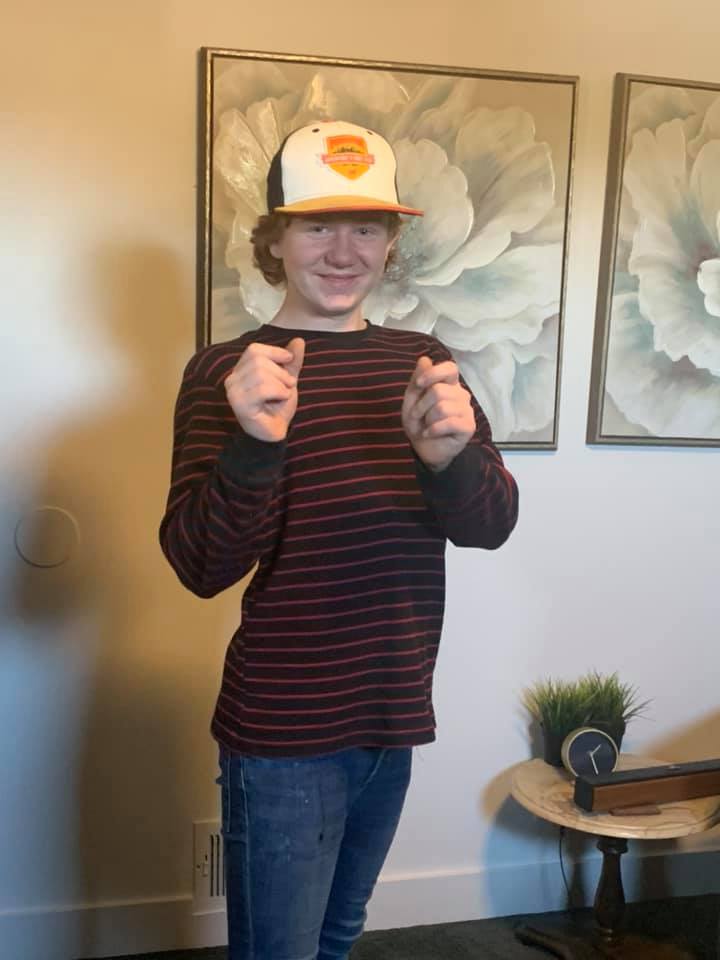 Police say that they believed that Cameron had a weapon and was threatening people with it even though his mother said he was unarmed. According to the Salt Lake Tribune, no weapon was found.

“Why didn’t they Tase him?,” Barton said to KUTV. “Why didn’t they shoot him with a rubber bullet? You are big police officers with massive amounts of resources. Come on. Give me a break.”

Barton also said that after her son was shot he was handcuffed.

4. Police Will Give An Update In the Investigation in 10 Days

In a statement to KUTV, the Salt Lake City Police Department promised to issue an update regarding the investigation of this incident in 10 days, which would be on September 18, 2020.

“Our investigators obviously will be looking at body-camera footage,” Sergeant Horrocks said during a news conference.

The shooting is being investigated by an “Officer-Involved Critical Incident protocol team.”

Read the department’s statement below.

We wanted to provide an update regarding the tragic situation involving the shooting of a juvenile. We are thankful no lives were lost in this incident. Each time there is an officer-involved critical incident in Salt Lake County the officer-involved critical incident protocol is invoked. A protocol team made up of officers from multiple agencies with no ties to the Salt Lake City Police Department conducts an independent investigation. We are cooperating fully with the protocol team assigned to this case. This is an active and open investigation being conducted by Protocol Team 3 and the District Attorney’s office. The City’s Civilian Review Board and our own Internal Affairs will also conduct parallel separate investigations. As this is an active investigation, we do not anticipate having any further updates until the release of the body-worn camera footage, which occurs within 10 business days from the incident

5. Cameron is Expected to Survive 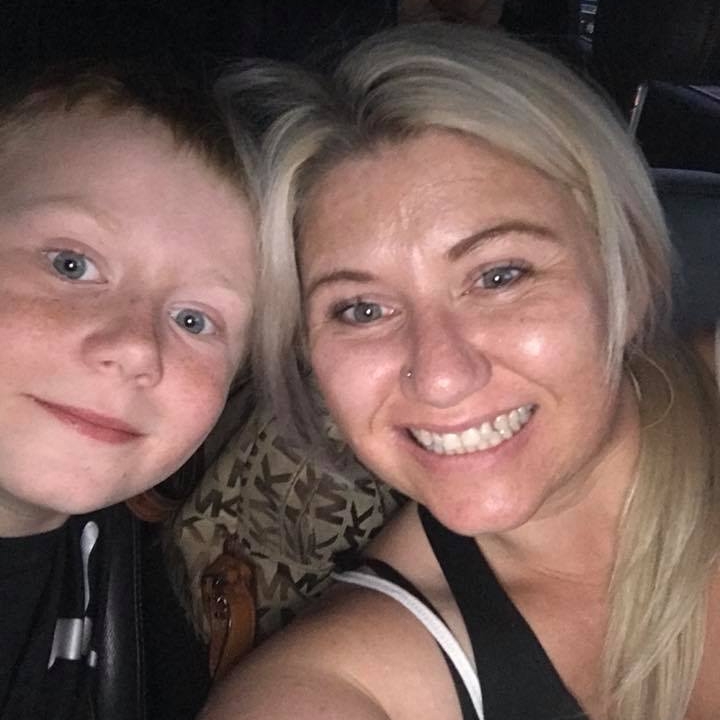 Cameron is expected to survive according to KUTV. Barton said that after police shot him they weren’t sure if he was alive or not. Barton told the CNN affiliate that she received secondhand information that after Cameron was shot, he “grabbed his head in disbelief” and that another policeman approached them and said “He’s just a child, what are you doing?”

READ NEXT: Tamarris Bohannon: Black Police Officer Dies After Being Shot in the Head