Ambassador Speakers Bureau/Facebook David Limbaugh is a conservative political commentator, lawyer and professor who is the brother of the late Rush Limbaugh.

David Limbaugh is a conservative political commentator, lawyer and professor and the younger brother of the late radio show host Rush Limbaugh. The elder Limbaugh died on February 17, 2021, after a battle with lung cancer.

When Rush Limbaugh announced in February 2020 he had been diagnosed with cancer, his brother wrote a column paying tribute to him. David Limbaugh wrote in the column, published by Fox News and elsewhere, “I have to say that while I’ve always known Rush is strong, I’ve never seen anything like how he has handled his diagnosis. He has honestly shown no concern for himself. His overriding concern is for his audience, his family and his friends.”

David Limbaugh added, “He is determined not to let any of us down. He seems more concerned about how this news will impact me than how it is affecting him. I am not exaggerating. He has shown more grace and class in this time than I would have thought possible. I couldn’t be prouder of him — and I’m even prouder that he is my brother.”

Here’s what you need to know about David Limbaugh, Rush Limbaugh’s brother:

1. David Limbaugh Has Been a Columnist for Several Conservative Websites & Publications, Runs His Own Law Firm & Is a Frequent Guest on Right-Wing Talk Shows

David Limbaugh is a nationally syndicated columnist whose work has appeared in numerous conservative publications and websites, and he also frequently appears on right-wing radio and TV talk shows, according to the biography on his website. Limbaugh has additionally worked as a lawyer for more than 30 years and runs his family’s law firm, The Limbaugh Firm, which is based in his hometown of Cape Girardeau, Missouri.

Limbaugh wrote in the about section on his website, “As an expert in law and politics, Mr. Limbaugh has appeared on hundreds of national and local television and radio shows, including FOX News’ Hannity, FOX and Friends, Crossfire, and Your World with Neil Cavuto, CNN’s The Situation Room with Wolf Blitzer, CNBC’s The Kudlow Report, The Blaze TV’s Glenn Beck Program, and CBN’s Newswatch, as well as radio programs including Sean Hannity Show, Mark Levin Show, Laura Ingraham, the Glenn Beck Radio Program, the Mike Gallagher Show, the Michael Medved Show, the Dennis Miller Show and the Dennis Prager Show.”

2. David & Rush Limbaugh’s Family Has Held a Prominent Spot in Missouri Politics Since the 1800s

You might be on safe ground assuming that this family supports @realDonaldTrump — pic.twitter.com/6XkVXDTzO5

The Limbaugh brothers come from a prominent Missouri family, which has held a major role in the state’s political scene, and national Republican politics, since the 1800s. Rush and David Limbaugh were born in Cape Girardeau as the children of Rush Limbaugh Jr. and Millie Limbaugh. 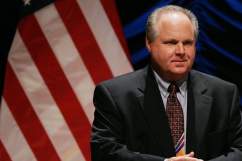 3. David Limbaugh Graduated From University of Missouri & Served in the National Guard

He joined the family’s law firm in 1978, according to its website, which says abouthim, “Limbaugh has gained a national reputation for his expertise in entertainment law, representing numerous clients in the negotiation of substantial contracts. He also represents businesses and individuals in the areas of corporate and business law. Mr. Limbaugh is a member of The Missouri Bar.”

4. He Is the Author of Several Books & Gives Speeches Around the Country

Limbaugh is also the author of several books, according to his website, including, “eight New York Times best sellers: The True Jesus, The Emmaus Code, Jesus on Trial, The Great Destroyer, Crimes Against Liberty, Bankrupt, Persecution, and Absolute Power.” His most recent book, Jesus Is Risen, was released in 2018.

According to the Ambassador Speaker Bureau, Limbaugh also gives speeches around the country. The website writes, “David loves to educate and inform audiences on a wide variety of issues. If your organization is dealing with a current events topic, David can provide the perspective you seek.” The website shows he speaks about topics including education, pro-life issues and political issues.

David Limbaugh lives in his native Cape Girardeau, Missouri, with his wife, Lisa Limbaugh. They have five children together.

His daughter, Christen Limbaugh Bloom, is a Christian blogger and has written for Fox News, according to her biography on the news site.