Elizabeth Howell, the slain SUNY Potsdam student, was remembered as a “star student” who was an accomplished cellist who made the honor roll every semester.

The SUNY Potsdam campus in New York is mourning Howell, 21, of Patterson, New York, after her shooting death.

There is a suspect in custody. Michael Snow is a Massena, New York, man accused of shooting SUNY Potsdam University student Elizabeth Howell to death.

The motive is not clear. It’s also not clear whether Snow and Howell knew each other. Snow is in jail, according to online records.

1. Howell Was a Music Education Student, the University Says 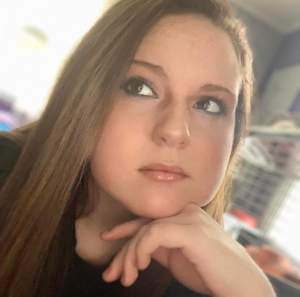 We are deeply saddened to share that the victim of last night’s shooting was Elizabeth Howell ’22 of Patterson, N.Y., a music education student at SUNY Potsdam’s Crane School of Music. We mourn Beth’s loss as one campus community, and hold her family, friends, and loved ones in our hearts at this difficult time.

The university initially wrote, “New York State Police are now reporting that the victim of tonight’s shooting near the SUNY Potsdam campus has died. Potsdam Village Police were called with a report of a shooting on College Park Road around 5:51 p.m., and found a 21-year-old young woman at the scene. She was rushed to Canton-Potsdam Hospital but succumbed to her injuries, and was pronounced dead shortly before 7 p.m.”

2. Howell Was a ‘Star Student’

According to NNY360, Howell was remembered as a “star student.”

Alexandra M. Jacobs-Wilke, SUNY Potsdam’s director of public relations, told the news site that Howell, a senior, was on the honors list every semester.

“She was just a star student,” Jacobs-Wilke told the site.

3. Howell, Known as Beth, Was a Cellist With the Crane Symphony Orchestra

Howell was an accomplished musician.

“Beth was a cellist who performed with the Crane Symphony Orchestra,” Philip T. Neisser, SUNY Potsdam officer-in-charge, wrote to the campus in a communication obtained by NNY360. “She was an aspiring educator with a bright future ahead of her. Together, we — as one united campus community — honor her life and mourn her loss.”

On Facebook, she went by Beth Howell and wrote that she “went to Brewster High School (Brewster, New York).”

A woman wrote on Facebook, “As a staff member at SUNY Canton my heart goes out to the staff, students and SUNY Potsdam community. When these students walk onto our campuses they become our family where we celebrate their accomplishments and help them through their hard times. My heart breaks for the parents and friends of Elizabeth Howell. May she now Rest In Peace!”

Elizabeth Howell. Say her name. She did not deserve what happened to her. There ABSOLUTELY MUST be justice. No excuses, No politicking.

Elizabeth’s family must receive justice. Support needs to be made available for them: counseling, legal support, letters of condolence and love from the community, public recognition of that beautiful soul Elizabeth. The person/persons who did this must be held accountable for their evil deed. Throughout all of this, we all need to respect the wishes of Elizabeth’s family and not cause further harm by seeking to use her killing to further goals, ambitions or politics of our own.

This is a tragedy. Let us all now join together and do everything we can to help Elizabeth’s family and friends.

Another woman wrote on Facebook, “Praying for everyone who was involved in the shooting tonight in Potsdam, and my condolences go out to the Family who just lost there Precious Daughter tonight.. Godbless❤️ Everyone plz Stay safe!”

5. Howell Was Found Lying Deceased on the Side of the Road With Gunshot Wounds, Police Say

“State Police have charged Michael J. Snow, 31, of Massena, NY, with one count of murder 2nd degree. He was arraigned in the town of Potsdam court and was remanded to St. Lawrence County Jail with no bail,” New York State police wrote in a news release.

Police wrote: “UPDATE: The victim has been identified as Elizabeth Howell, 21, Patterson, NY.” The murder has traumatized the SUNY Potsdam community; Howell was a promising music education student.

In the news release, police wrote, “The investigation is ongoing but the preliminary investigation has determined this appears to be a isolated incident.”

They say the fatal shooting occurred in the village of Potsdam.

“On February 18, 2022, at about 5:51 p.m., Potsdam Police responded to a report of an unconscious female on College Park Road in the village. Responding patrols located the 21-year-old victim lying on the side of the road with gunshot wounds. The victim was transported to Canton Potsdam Hospital where she was pronounced deceased. The identity of the deceased is being withheld pending notification of next of kin,” the news release says.

“At the request of the Potsdam Police Department, the State Police is leading the investigation into this incident. Police are asking anyone who may have information about the case to call Potsdam Police at 315-265-2121. State Police and Potsdam Police are being assisted by the St. Lawrence County Sheriff’s Office, the St. Lawrence County District Attorney’s Office, the University Police Department at SUNY Potsdam, and federal Homeland Security Investigations.”

State Police have charged Michael J. Snow, 31, of Massena, N.Y., with one count of murder in the second degree. He was arraigned in Potsdam Town Court and was remanded to St. Lawrence County Jail, with no bail.

SUNY Potsdam can confirm that Mr. Snow has no affiliation with the College, either as a student, employee or graduate.

Please hold Beth, along with her family and loved ones, in your thoughts and prayers this evening. The entire SUNY Potsdam community mourns her loss, and we stand together in unity to remember her.