Emily Murphy is a General Services Administration (GSA) worker in charge of signing the papers that will allow Joe Biden’s presidential transition team to begin work this week — but she’s refusing to sign those papers.

As the GSA Administrator, one of Murphy’s jobs is to sign a formal letter allowing the transition process to begin, from one presidency to the next. This letter provides millions of dollars of resources to the transition team for the next president. It provides government access and clearance to certain members of the transition team, as well as office spaces and necessary equipment. But Murphy has yet to sign the letter.

1. Murphy Has Been the GSA Administrator For Four Years; She Was Appointed by Trump 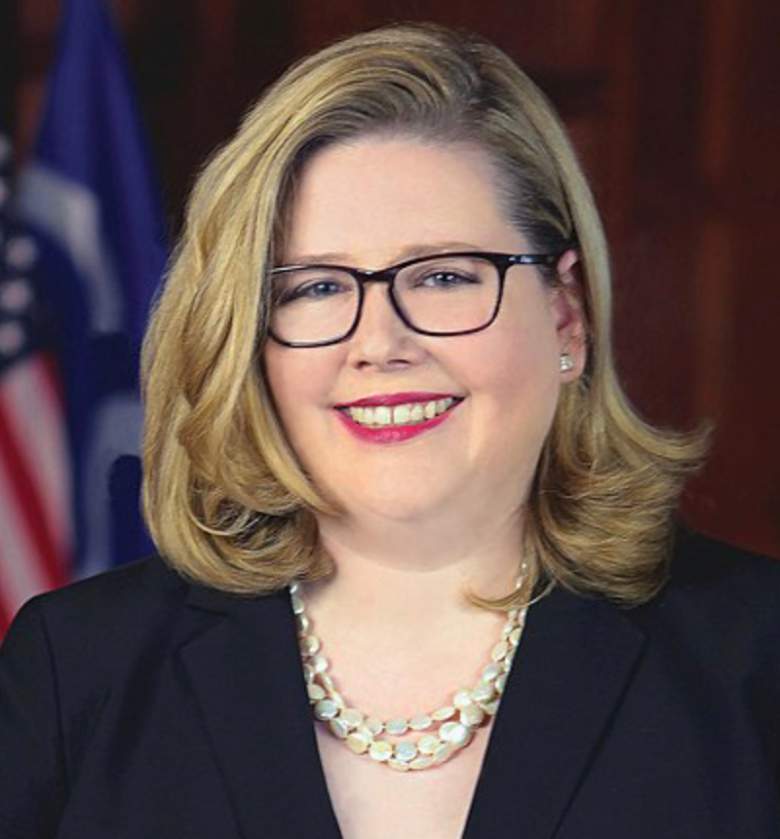 Murphy is the GSA Administrator, making her the leader of the government agency. She was appointed to the role by Trump, and sworn in unanimously at the beginning of his presidency, according to her bio.

Per her bio, Murphy leads a staff of over 11,000 government employees.

Murphy’s refusal to sign the transition papers for the Biden team has massive implications for the process, the Washington Post reports. Biden’s transition team cannot receive official government email address until she signs those papers. They don’t get access to federal offices, and they can’t do the necessary work of filing papers with the Office of Government Ethics for financial disclosures and conflict-of-interest forms.

One senior White House official spoke to the newspaper anonymously about why Murphy might not have wanted to sign those papers yet. “No agency head is going to get out in front of the president on transition issues right now,” the official explained.

2. Murphy Has Not Publicly Commented on the Transition Delay; a GSA Spokesperson Said an ‘Ascertainment Has Yet to Be Made’ 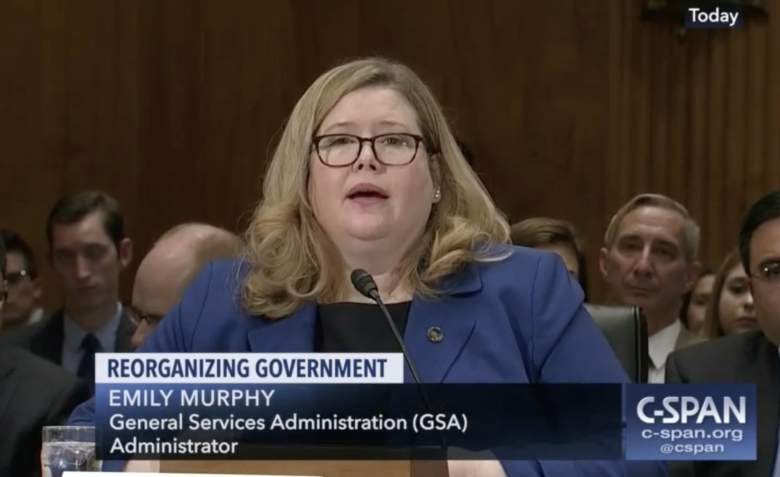 Many people might be wondering whether Murphy is personally refusing to sign the letter for her own professional reasons, or if she’s been given a directive by the White House. Murphy hasn’t given a public statement on the matter, as of Monday — but a spokesperson for the GSA has.

Per The Washington Post, GSA spokesperson Pamela Pennington provided the following emailed statements: “An ascertainment has not yet been made…and its Administrator will continue to abide by, and fulfill, all requirements under the law.”

Murphy’s most recent public statement came three days ago, in the form of a tweet that had nothing to do with the presidential election. On her official government Twitter account, she tweeted, “Happy National Veterans Small Business Week! #DYK? The federal government’s goal is to award at least 3% of all federal contracting dollars to service-disabled veteran-owned small businesses each year. You can find help from @GSAOSDBU at gsa.gov/small-business.”

3. Murphy Refused to Answer Questions From Congress About Trump Hotel in D.C. During a Hearing in January

In January, Murphy appeared before Congress in a hearing for the Trump Hotel in D.C., a USG tenant. Murphy repeatedly refused to answer questions about the hotel. When asked if the Trump Hotel had received money from foreign governments, Murphy replied, “GSA does not have that information.”

When asked if the hotel violates the emoluments clause, Murphy replied, “That issue is still being adjudicated and can’t be commented on.”

When asked why the GSA hadn’t privately audited the hotel, Murphy replied, “It’s up to each contracting officer.”

4. Murphy Has Served Various Roles in the GSA Since 2005

I enjoyed speaking about Category Management and other topics with with @DeptofDefense Chief Management Officer Lisa Hershman today at @ACTIAC’s #ImagineNationELC! pic.twitter.com/J2QCCwCBN0

Prior to her role as GSA Administrator, Murphy has served a number of other positions in the agency during her time there. From 2005-2007, she entered the agency and held the position of Chief Acquisition Officer.

Murphy worked in a number of positions outside of the GSA from 2007-2017, including positions in the private sector and the public sector.

In 2017, Murphy returned to the GSA, and served as the senior advisor to the GSA Administrator. Her bio reads, “In that role, she helped launch the Centers of Excellence program within the Technology Transformation Services of the Federal Acquisition Service. There are now fifteen agencies hosting at least one GSA Center of Excellence project.”

Murphy was eventually promoted to GSA Administrator, where she resides now.

5. Murphy Is an Alum of the University of Virginia Law School

I sat down last week with @DeptofDefense Chief Management Officer Lisa Hershman on @govmattersTV to discuss our partnership for driving category management and the significant savings and efficiencies it has produced.

According to her LinkedIn, Murphy is an alum of Smith College, where she received her undergraduate degree, and the University of Virginia Law School. After graduating from law school in 2001, Murphy worked at Wiley Rein LLP, a law firm specializing in government contracts and affairs.

After three years practicing law, Murphy got a new job at the U.S. Small Business Administration, working as a senior advisor for government contracts and business development.