Several notable Houston residents died this week, and are being remembered in obituaries and by their friends and families. They include the 2013-2014 Optimist of the Year, a World War II Navy veteran and a man who played basketball until he was 74.

Here are some of the lives lost this week: 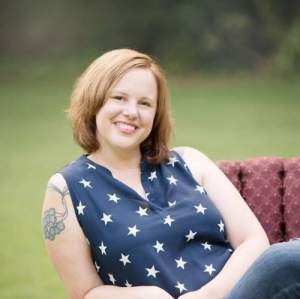 Laura Dzwigalski, formerly of Spring, Texas, died February 14, 2022, at age 42, leaving behind her parents, sister, nieces and nephews, aunts and uncles and a goddaughter, along with many other family members and friends, according to her obituary.

She was an Edward Jones financial advisor who was named the 2013-2014 Optimist of the Year and the 2016 Businesswoman of the Year.

“When Laura Ann Dzwigalski, nee Wilson, walked into a room, it was instantly more joyful, more friendly, and more vibrant. Her bright and beautiful smile was her hallmark,” her obituary says.

She was involved in many community organizations in Senoia, Georgia, where she lived, including the Optimist Club of Senoia, the Board of Promise Place, Fayette County Chamber of Commerce, American Business Women’s Association McIntosh Chapter, The Garden Club of Senoia, the Choir of Senoia United Methodist Church, Daughters of the American Revolution, 100 Who Care, Senoia Area Historical Society, and the Business Women of Fayette and Coweta.

“Laura improved the lives of others. She wrapped her arms around friends with comfort, care, and compassion. She was always a leader, a teacher, a mentor, a friend,” her obituary says.

Her family shared in her obituary that she died by suicide, and asked that those who are struggling seek help.

“Laura died unexpectedly and tragically at her own hand. For those who are considering suicide, the family encourages you to reach out to a loved one, a professional, or the National Suicide Prevention Lifeline at 800-273-8255 or text TALK to 741741,” her obituary says. “You are not alone.” 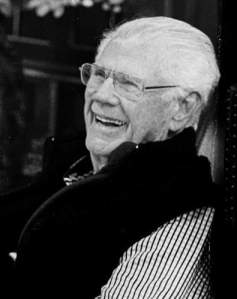 Terry Haywood Keith died February 12, 2022, in Austin, leaving behind his wife, son, daughter, stepchildren, grandchildren, nephews, “and many friends,” his obituary says. He was married for 55 years to his first wife, who preceded him in death, along with his sister and parents.

“Terry graduated from San Jacinto High School (Houston) in 1943, served from 1944 to 1946 in the United States Navy, and graduated from the University of Texas (Austin) in 1949, where he was a member of Sigma Alpha Epsilon. He was a successful commercial realtor,” his obituary says.

His family asked that donations be made in lieu of flowers to a charity of your choosing. They thanked those who cared for him in his finals days at Westminster.

Dave Hughes died at age 97, and will be laid to rest in Houston February 24, 2022, according to his obituary.

“He was well known in the downtown YMCA community on the basketball court. He played basketball until he was 74 years old at the Y,” his obituary says.

Hughes worked as a certified public accountant and as a landscape contractor, his obituary says.

“In lieu of flowers or donations, please do something kind for a stranger,” his obituary says.

Loading more stories
wpDiscuz
0
0
Would love your thoughts, please comment.x
()
x
| Reply
Several notable Houston residents died this week, and are being remembered in obituaries and by their friends and families.