James David “J.D.” Vance has been elected to represent Ohio in the U.S. Senate, per the AP, and will take office in January 2023.

Vance and his wife, Usha Chilukuri Vance, have an estimated net worth of $7 million, LegitNetWorth reports. 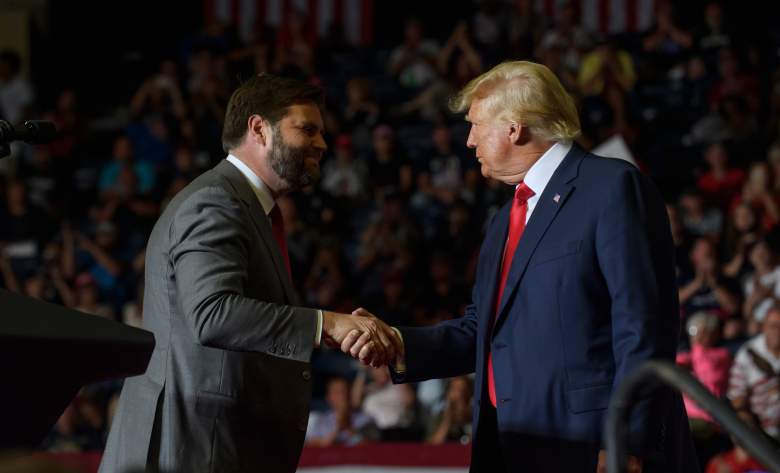 The largest source of non-investment, earned income for Vance comes from book royalties. He earned $475,380 in royalties last year, according to his most recent Senate financial disclosure form.

Vance became a national figure after he published his memoir, “Hillbilly Elegy,” in 2016. The royalties stem from the book deal with HarperCollins.

According to Deadline, Netflix won the rights to the movie version with a $45 million bid. The movie, which was directed by Ron Howard and featured iconic actors Amy Adams and Glenn Close, premiered on Netflix in 2020.

2. Vance Is the Co-Founder of a Venture Capital Firm 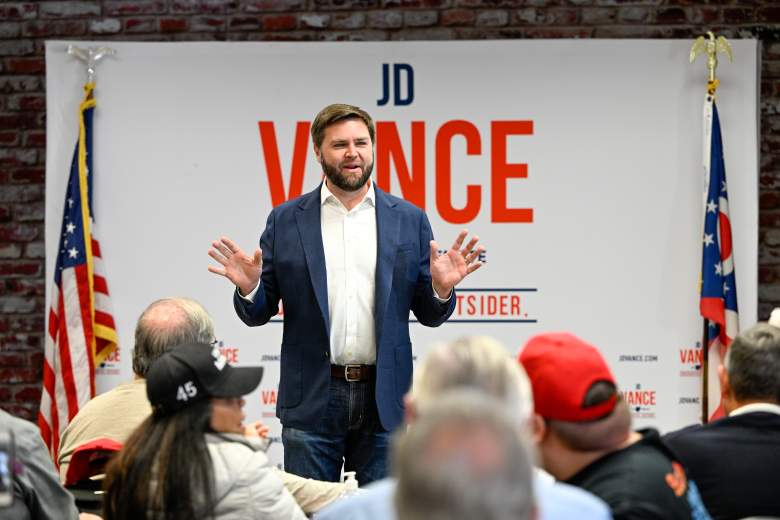 Vance is the co-founder of a venture capital firm called Narya Capital Management. The firm states on its website that it invests “long-term capital in people who use technology to solve significant challenges.” The website also says Vance took a leave of absence from the firm to run for the U.S. Senate.

Vance and his business partners launched the firm in 2019 and registered it in the state of Delaware, according to the Ohio Secretary of State’s office. Narya was then registered as a “foreign limited liability company” in Ohio in January 2020. 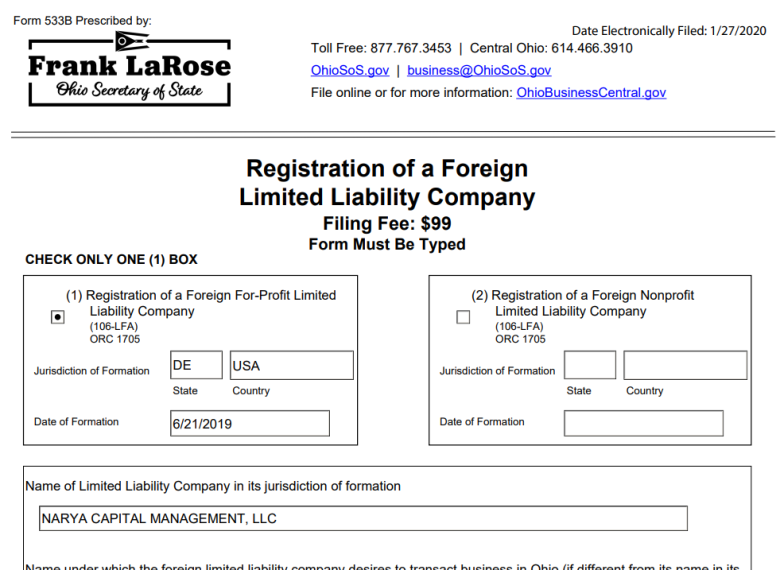 According to his Senate financial disclosure form, Vance earned a salary of $327,083.31 from the firm in 2021. He also holds non-public stock investments in most of the businesses listed in Narya’s portfolio, such as Kriya Therapies, ActreTrader, AmplifyBio, AppHarvest and Rumble Inc.

In terms of investments, Vance and his wife are also invested in several mutual funds and a Charles Schwab brokerage account. On the financial form, candidates are required only to submit broad estimates of how much specific investments are worth. For example, Vance’s investment in AppHarvest Inc has an estimated value of $100,000-$250,000.

3. Vance Is Not Required to Disclose His Wife’s Law Firm Salary

Chilukuri Vance is a practicing attorney. She is a litigator for Munger Tolles & Olsen LLP and according to her bio on the firm’s website, she is part of the San Francisco and Washington, D.C. offices. However, as she and her husband are raising their children in Ohio, she likely works remotely.

Chilukuri Vance has been licensed to practice law in California since 2016, according to the State Bar of California. She has also been licensed in both Ohio and Washington, D.C. since 2019, the respective state bar websites show.

Chilukuri Vance’s salary from the law firm is unclear. Vance listed his wife’s job with Munger Tolles & Olsen LLP on his most recent Senate financial disclosure form, but the “amount paid” is listed only as more than $1,000.

The financial disclosure instructions from the Senate Select Committee on Ethics include the following instruction for candidates: “For your spouse, you are only required to report sources of earned income and non-investment income aggregating $1,000 or more from any one source. You are not required to report the exact amount of income received by your spouse.”

Candidates must also “specify the owner of any asset, interest, or obligation to indicate that your spouse or dependent child owns the item.”

4. The Couple Purchased Their Cincinnati Home For Nearly $1.4 Million in Cash

InstantCheckmateJ.D. and Usha Vance bought their Cincinnati home for nearly $1.4 million in 2018.

The Vances made Cincinnati their permanent home in 2018. Columbus Monthly spoke with Vance for a feature article in early 2019. The magazine reported that the house, located near the Ohio River, was originally built in 1867.

The magazine reported the house is 4,738 square feet and that the Vances also purchased “five additional small lots surrounding it totaling 2.29 acres.” The couple paid nearly $1.4 million for the property.

A search of online records shows the couple paid with cash. Vance’s Senate financial disclosure form does not list a mortgage for the Cincinnati property.

The deed for the house may be under a company name. A search on the Hamilton County Auditor’s website does not bring up any properties listed under either of the Vance’s names. 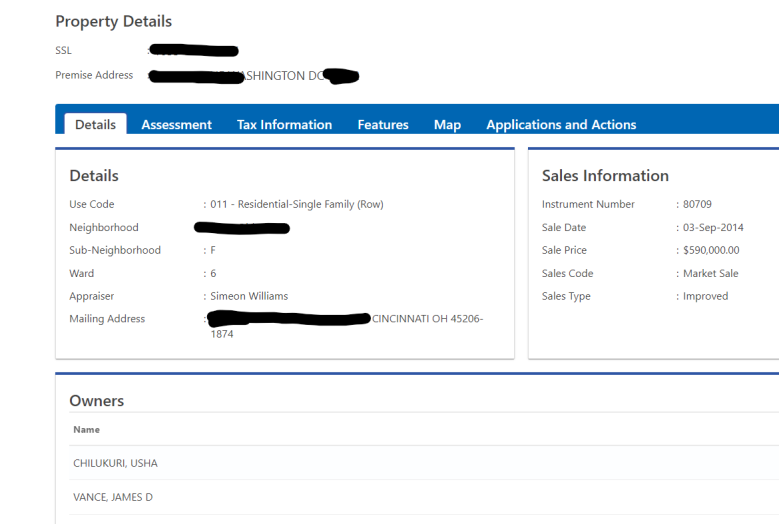 DC Office of Tax and RevenueJ.D. Vance and wife Usha own a townhouse in Washington, D.C.

Vance and Chilukuri Vance purchased a townhouse in Washington, D.C. in September 2014, according to the DC Office of Tax and Revenue. They are both listed as owners.

The Vances paid $590,000 for the 2-bedroom, 2-bathroom home. The DC Office estimates the property, including both the land and the townhouse, is now valued at $698,140 as of this writing.

The couple appears to still be paying the mortgage for the townhouse. His Senate financial disclosure form lists a mortgage, originating in 2014, from the Navy Federal Credit Union in Vienna, Virginia. They are currently paying a 3.875% interest rate for the 30-year mortgage.

The Vances have rented out the townhouse at least part of the time. The financial disclosure form shows they earned between $50,000 and $100,000 of income from renting the single-family townhome.

READ NEXT: How Wealthy is Georgia Senate Candidate Herschel Walker?