What has Cipollone been up to since leaving the White House? Here’s what you need to know.

Cipollone Became a Named Partner at a Litigation Firm & Opened a New Office in Washington, D.C. 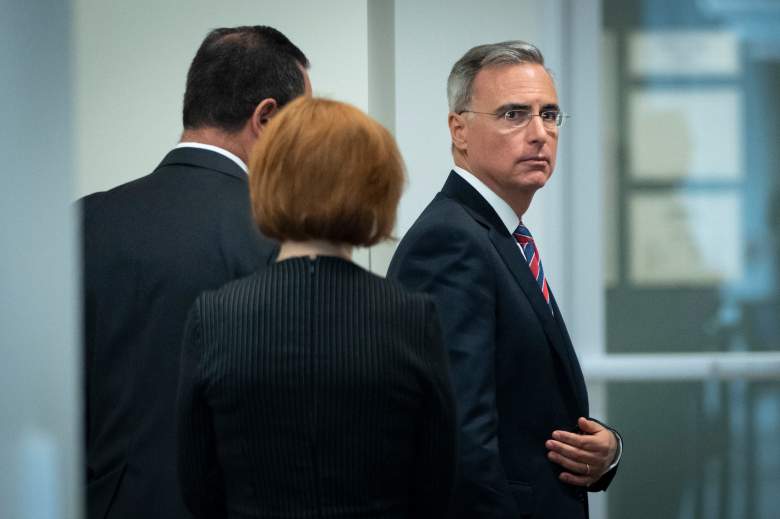 Cipollone returned to the private sector after leaving the White House in 2021. He became a partner at the newly named national litigation firm, Ellis George Cipollone O’Brien Annaguey LLP. The firm specializes in “multi-billion-dollar disputes, and white-collar criminal trials” according to its website.

The firm’s headquarters are in Los Angeles but Cipollone helped to launch a Washington, D.C. branch. The firm announced in October 2021 that Cipollone was one of several lawyers joining the organization. A news release at the time touted Cipollone and the rest of the team’s government experience:

The new Washington team builds on the firm’s established litigation credentials and brings an exceptional range of experience, developed both in the senior ranks of the federal government and in private practice. That experience includes service as Counsel to the President, Deputy Counsel to the President, Legal Advisor to the National Security Council, and U.S. Ambassador to Mexico, as well as service in senior positions at the Department of Justice.

The team’s daily commute did not change much after leaving government service. According to the law firm’s website, the D.C. branch is located less than one mile from the White House. 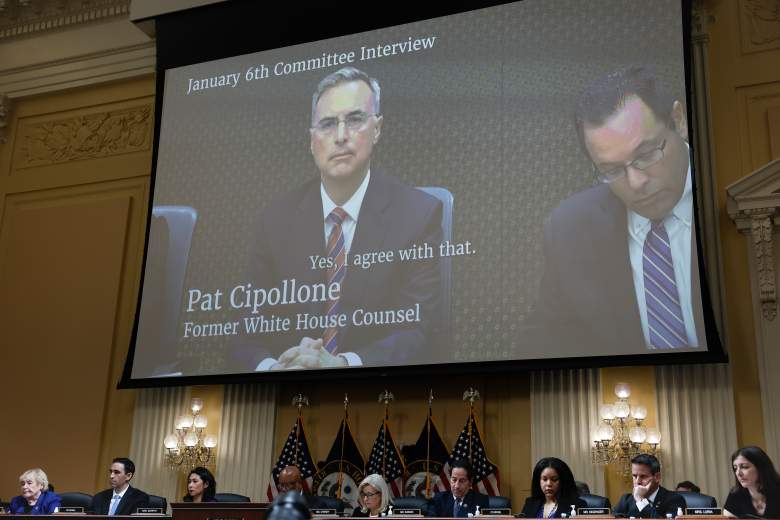 Getty Pat A. Cipollone, who served as White House counsel for President Donald J. Trump, appears on a video screen above members of the Select Committee to Investigate the January 6th Attack on the U.S. Capitol during the seventh hearing on the January 6th investigation in the Cannon House Office Building on July 12, 2022.

Cipollone originally cooperated with the January 6 Committee and sat for an “informal interview” on April 13, 2022, as noted in the formal subpoena issued to him on June 29. You can see the subpoena here.

The committee asked Cipollone to return for “on-the-record testimony” after former White House aide Cassidy Hutchinson shared major details about what took place before and on January 6.

According to Hutchinson, Cipollone did not want Trump to walk to the Capitol with the crowd on January 6. Hutchinson said Cipollone told her, “We’re going to get charged with every crime imaginable if we make that movement happen,” Axios reported.

Hutchinson said Cipollone was concerned with charges such as obstruction of justice and defrauding the electoral count.

Hutchinson testified that Cipollone confronted Trump’s Chief of Staff Mark Meadows about the violence at the U.S. Capitol and urged Meadows to convince the president to do something to stop the crowd.

According to Hutchinson, Cipollone said “something to the effect of, ‘Mark, something needs to be done or people are going to die and the blood’s going to be on your effing hands. This is getting out of control,'” NBC reported.

Cipollone appeared before the investigative committee on July 8 after receiving the subpoena. Politico reported the testimony lasted more than 8 hours. The meeting took place behind closed doors but clips of Cipollone’s testimony have been used during televised hearings.

On July 12, the committee played a clip of Cipollone in which he explained that it had been his legal opinion that Vice President Mike Pence had no choice but to certify the election results. CBS News quoted Cipollone, “I thought that the vice president did not have the authority to do what was being suggested under a proper reading of the law. I conveyed that,” Cipollone said. “I think I actually told somebody in the vice president’s — ‘Just blame me. I’m not a politician.’ I just said, ‘I’m a lawyer, this is my legal opinion.'”

During his formal sit-down with the committee, Cipollone invoked executive privilege on some questions that related specifically to direct conversations he had with President Trump, Politico reported. It’s worth a reminder that the White House Counsel is not the president’s personal lawyer. The counsel’s job is to support and advise the office of the presidency, as Lawfare explains.