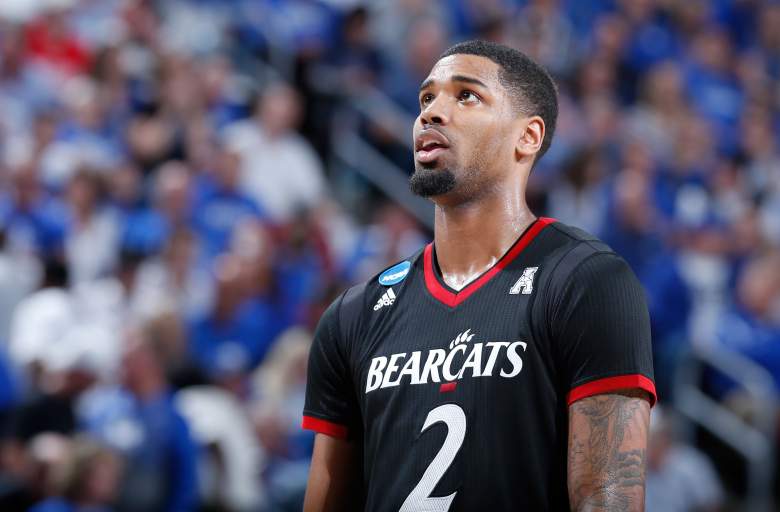 Octavius Ellis is shooting an almost ridiculous 62.5 percent from the floor for the 8-1 Cincinnati men’s hoop squad this season. (Getty)

Utah’s defense could use a bit of work, but Jakob Poeltl is trying to make sure that he single-handedly makes up for it. He’s gone five straight games without committing more than two fouls and went 21-of-28 from the field this week with 47 points and 19 rebounds in the Utes victories over BYU and IPFW.

It wasn’t an easy game for the Ducks last Friday. UNLV seemingly could not be stopped from distance and three Oregon starters spent, what felt like, the entire game in foul trouble. Still, there’s a bit of good news in all of that bad. Tyler Dorsey someone only suffered a mild knee sprain on what first appeared to look like a much worse injury.

Next Game: Tonight vs. Navy

The Aggies scored just 19 first half points en route to Saturday’s 67-54 loss to Arizona State. The Sun Devils made 10 3-pointers and Texas A&M’s offense struggled mightily in the road contest, shooting just 31 percent from the field.

The Bearcats gave up an uncharacteristic 78 points to Butler, but bounced back in a big-way by obliterating Morgan State in Sunday’s 87-66 victory at home. Six different Cincinnati players scored in double digits in the victory.

Next Game: Saturday, December 12 vs. Xavier

Offense? You want to talk about offense? Luckily, the Bulldogs are ready for that. Butler has scored at least 74 points in each game so far this season and that includes 75 points in a loss against Miami. Meanwhile, in six wins, the Bulldogs are averaging 93 points. That’s a lot.

Next Game: Tonight vs. VMI