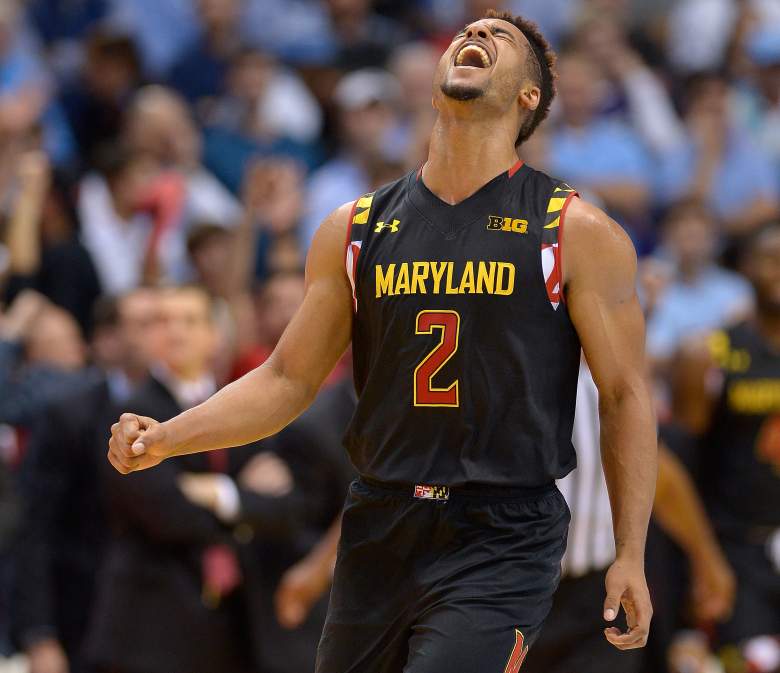 Melo Trimble 23 points and 12 assists as Maryland held its own against UNC on the road last week. (Getty)

Brace yourselves, Cavaliers fans. After recording victories at Ohio State (64-58) and home vs. William & Mary (67-52), Virginia heads into a tough three-game stretch with matchups against West Virginia, Villanova and California before Christmas. Still, there’s reason to feel good. Despite losing starting point guard London Perrantes to an appendectomy last week, UVA found a solid replacement in Darius Thompson. The Tennessee transfer logged 36 minutes in the last two games and racked up 24 points, eight assists, four steals and only two turnovers.

Next Game: Tuesday vs. West Virginia at Madison Square Garden

Buddy Heild, Isaiah Cousins and Jordan Woodard have combined to shoot 50 percent from three-point range and each one of those players have actually made more three-point shots than turnovers. That. Is. Incredible. Meanwhile, Ryan Spangler is shooting over 60 percent from the field and has notched three double-doubles in five games. The question is, though, can the Sooners keep this offensive production up? It won’t be easy, particularly with a matchup against defensive-minded Villanova this week.

Next Game: Tonight vs. Villanova

A win is a win, right? But is a hard fought win against a less-than-stellar Harvard team at home, really more of a loss? Well, no, but it certainly doesn’t inspire a huge amount of December confidence in the Jayhawks. Kansas shot nearly 43 percent from three-point range against the Crimson and still only notched a 75-69 victory. Cheick Diallo played just seven minutes in the game and while it’ll take awhile for the embattled star to get up to game-ready speed, Kansas needs him there; fast.

Next Game: Wednesday vs. Holy Cross

Let’s start with the bad. Maryland dropped a disappointing 89-81 loss at North Carolina during last week’s ACC/B1G Challenge. The Terrapins recorded nine turnovers just seven minutes into the game. At one point, Melo Trimble had three turnovers and no points at all. But, there’s some good as well. Maryland bounced back from a 13-point deficit and even took a brief lead in the second half. If the Terps can figure out a way to play a full game with full level of intensity, they could be a scary-good team.

Next Game: Tuesday vs. Connecticut

Y’all want defense? We’ve got defense? The Wildcats have won each of their games by at least 14 points and even defeated five squad in the KenPom Top 125. While the team’s communal defensive efforts have been impressive, keep an eye on Josh Hart. The junior has scored in double figures in all seven games, including 18 points in the Philadelphia Big 5 game at Saint Joseph’s on Saturday.

Next Game: Tonight vs. Oklahoma

Just one page of teams left. To see squads 5 – 1, click the arrow in the corner.