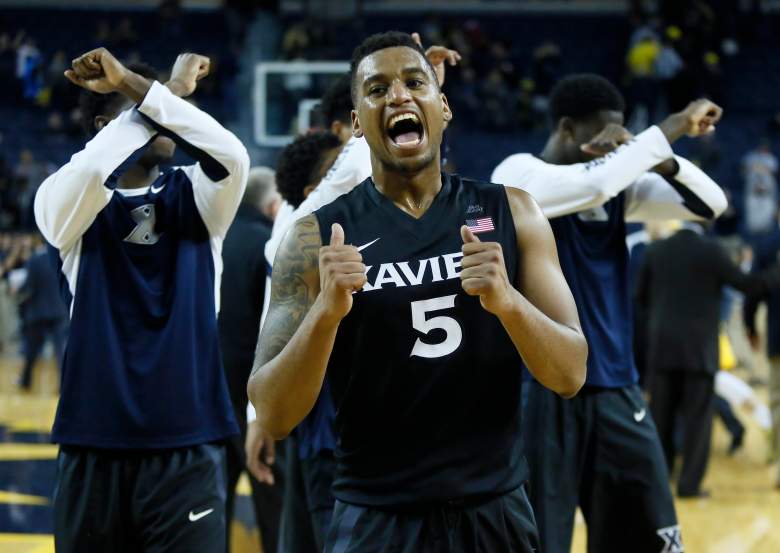 Trevon Bluiett has been a standout for Xavier this season and he’s quietly jumped into the national conversation. (Getty)

Calling Gonzaga backcourt. Are you there, Gonzaga backcourt? Eric McClellan and Kyle Dranginis combined for a total of just 10 points in the last two games, numbers that are, for all intents and purposes, unacceptable. If the two can jumpstart this offense, and they need to, there’s still a chance for an early-season turnaround.

Next Game: Wednesay vs. Montana

Gabe York has snapped out of it. After sinking just three shots from behind the arc on 18 attempts, York connected on 4-of-6 attempts in the span of six minutes to lead Arizona to a victory over Gonzaga last week. Offense hasn’t really been the Wildcats problem this year and the defense started to show some signs of life last week as well. That’s very good news.

Next Game: Wednesday vs. Fresno State

The Mountaineers are all about the little things. It’s been that way for years. We should expect no less. In the victory over Kennesaw State last week, West Virginia notched 10-plus steals, 10-plus offensive rebounds and 25-plus free throw attempts. But here’s the thing; it’s not just one guy. It’s the whole team. Through seven games, West Virgnia has six players with at least 10 steals, but no more than 16. That’s a smothering type of defense.

Next Game: Tuesday vs. Virginia, at Madison Square Garden

This Xavier roster is good. Really good. And really, really deep. Sophomore Trevon Bluiett is adding his name to the headlines as well and making a pretty strong case for Big East Player of the Year. The wing has scored in double figures in every one of the Musketeers games and, in just 24 minutes, tied a career high with 21 points against Western Kentucky. And did we mention that Xavier beat Western Kentucky 95-64 last week? Because that also happened.

Next Game: Tuesday vs. Wright State

Up-and-coming Boilermakers? Seems like it. Ranked No. 4 in KenPom, Purdue notched victories over Pittsburgh and New Mexico last week and the squad’s defense has been absolutely incredible. Both Pitt and New Mexico had scored at least 75 points in each game this year. Against Purdue? Neither squad hit 60. Purdue’s early-season performance has been marred a bit by some offensive inconsistencies, particularly from Caleb Swanigan, but if this is how the Boilermakers play anyway, watch out rest of the NCAA.

Next Game: Tonight vs. IUPUI