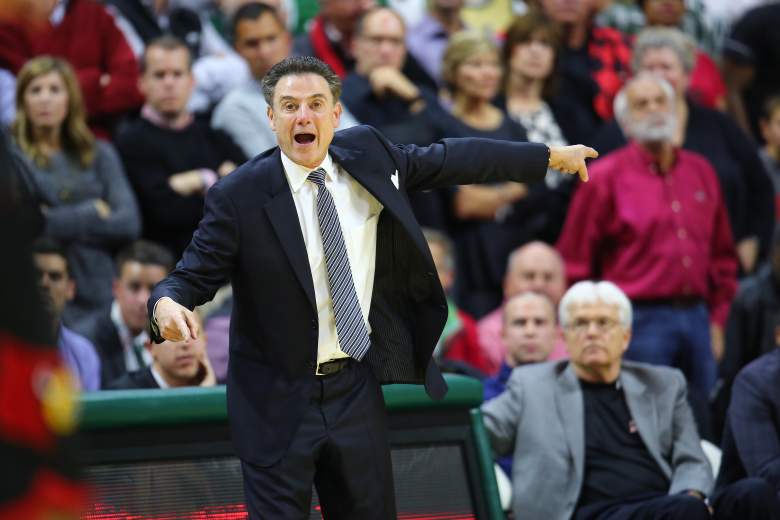 Despite a road loss to Michigan State last week, Rick Pitino and Louisville are finally starting to find a rhythm. (Getty)

After an overtime victory over Nebraska last week, the Hurricanes exploded for 88 points against Charlotte on Saturday. Nine different players finished with at least seven points in the lopsided victory and that’s a good sign. This team needs to get back to basics.

Next Game: Tuesday vs. Florida

The Cardinals dropped a four-point road loss to Michigan State last week, but that actually seems like a good thing? Almost? Yeah. Louisville looked good in the game and a close matchup against a top tier team holds a bit more weight than six wins by blowout against middle-of-the-road teams. Also, Louisville is tops in the nation in both offensive rebounding percentage and two-point field-goal defense.

The Friars battled for a 74-72 victory against inter-state foe Rhode Island on Saturday night, but still managed to walk off the court with a win. That’s what counts, isn’t it? Also Kris Dunn is still on the Providence roster and that should be enough to inspire more than enough confidence for this team down the stretch.

Next Game: Wednesday vs. Boston College

The Commodores are a bit of an all-or-nothing kind of team. They’re 1-2 in games decided by eight points or less, with that most recent loss coming in a 69-67 showing at Baylor last week. Even more upsetting in that loss? Vanderbilt led by 13 points in the second half and gave up that lead in the span of three minutes.

Next Game: Wednesday vs. Dayton

Let’s go ahead and talk about Lester Medford for a real quick second. He was not good at Oregon. Like very not good. Like two points on six shots with six turnovers not good. But now? Things are looking up. In the last five games at home Medford has 29 assists, 16 steals and five turnovers. Oh, and he also hit the game-winning three-pointer to lift the Bears over Vanderbilt last week. If Medford can keep notching those kinds of performances, Baylor could be a major threat down the stretch.

Next Game: Tuesday vs. Northwestern State