Miami Dolphins offensive line coach Chris Foerster has resigned after a video was posted on Facebook appearing to show him snorting lines of cocaine before a team meeting.

The Dolphins learned of the video Sunday night, after it went viral on social media, and investigated it sources told the Miami Herald. Foerster stepped down Monday morning, the team said in a statement.

Here’s what you need to know about the video and Foerster:

1. The Video Appears to Show the Coach Snorting Multiple Lines & Talking About How He Misses the Woman He Sent It Too

You can watch the video above. It contains some graphic language.

The video was posted on Sunday by a model, Kijuana Nige.

She wrote, “Welcome to my NFL Sunday event” after posting the video. “A coach going skiing before practice,” she wrote.

In the video, a man identified by the Miami Herald as Dolphins coach Christopher Foerster, looks into the camera while holding a rolled up $20 bill. Three white lines of a powdered substance, which Nige said on Facebook is cocaine are in front of him on a table.

#Dolphins source says video does appear to have been taken in Dolphins' offices.

A team source told the Miami Herald that Foerster recorded the video this year.

“I am resigning from my position with the Miami Dolphins and accept full responsibility for my actions,” Foerster said in a statement. “I want to apologize to the organization and my sole focus is on getting the help that I need with the support of my family and medical professionals.”

Foerster resigned before he was fired, the Herald reports.

“We were made aware of the video late last night and have no tolerance for this behavior,” the Dolphins said in a statement. “After speaking with Chris this morning, he accepted full responsibility and we accepted his resignation effective immediately. Although Chris is no longer with the organization, we will work with him to get the help he needs during this time.”

Foerster had been a coach with the Dolphins since January 2016, according to the team’s website.

Head coach Adam Gase told reporters Monday that he learned about the video late Sunday night. “I don’t think I can say what my reaction was,” Gase said, according to ESPN. Gase said he had a brief conversation Sunday night with Foerster, who apologized and then resigned the next morning. Gase said Foerster is “mad at himself.” Gase said the team is still investigating.

“It’s not a good situation,” Gase said. “It’s not something you expect. But things happen sometimes that you don’t anticipate and you have to deal with it. It’s not fun, especially when you’re close to somebody. But you gotta take the next step and move on because we’re going to play on Sunday.”

Gase told reporters Monday, “Since I’ve been around him, he’s always been a guy that just put his head down and work. He was here are 4 in the morning, worked as hard as he could for us. It is what it is. Any time you lose a really good coach, it’s not ideal,” Gase said. “But it’s the reality. We’ll figure out a way. We will show up next week and do our thing.” 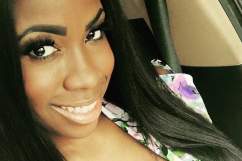 2. Nige Appears to Have Posted the Video in Defense of Colin Kaepernick & Other Players Who Have Protested During the National Anthem

Kijuana Nige wrote on Facebook that she decided to post the video in connection to the reaction to NFL player’s protests of police brutality during the National Anthem. It was reported Sunday that Dolphins head coach Adam Gase has made it a team rule that players are required to stand for the Anthem. The video was also posted on the same day that Vice President Mike Pence walked out of an Indianapolis Colts game after San Francisco 49ers players knelt during the anthem.

Nige also posted the video to Instagram, writing, “What would Miami Dolphin coach Christopher Foerster do for the pwussy ???”

She commented on the Instagram post, “they better leave my homie Colin alone and focus on this N*gga right here.”

3. He Was One of the Highest Paid Assistant Coaches in the NFL

According to ESPN, Foerster was one of the highest paid assistant coaches in the NFL, making between $2.5 to $3 million per year. He was in his 25th season coaching in the NFL and his second stint in Miami. He was briefly the offensive coordinator for the Dolphins in 2004.

4. Foerster, Who Played & Coached at Colorado State, Has Been Married & Has 3 Kids

Foerster graduated from Colorado State in 1982 after playing as a center for the Rams for four seasons. He was originally a walk-on, but earned a scholarship during his sophomore year, according to the Dolphins’ website.

Foerster was married to Michelle Massey Foerster as of 2010, according to a family member’s obituary. According to Sports Illustrated, Foerster and his wife have been separated since 2004. He has three children, two sons and a daughter. 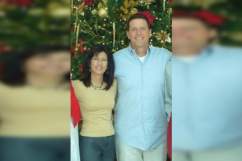 5. The Woman Who Posted the Video to Facebook Says She Used to ‘Date’ Him & ‘Everyday He Gets High’

Kijuana Nige, who also goes by Starr Sherrod, wrote on Facebook that used to date the coach, “you know I like old heads.” She wrote in the comments on the video, “Everyday he gets high maybe they will put his ass in rehab.”

After the video went viral, she wrote, “The white people mad at me like I forced blow down this mans nose and like I recorded it on tha low. … No those are his habits and he recorded himself and sent it to me professing his love. So quick to make excuses for him but will roast a minority player over an anthem, dog fights, weed, domestic issues etc. But y’all keep saying ALL LIVES MATTER STFU‼️”

She added, “if his ass was black they would be dragging him thru the (mud) face 1st.”