Getty Adam Thielen could be fantasy football's No. 1 wide receiver in 2020.

The Vikings are pushing for fans to attend home games at U.S. Bank Stadium, but there are still many hurdles the team has to clear.

Vikings vice president Lester Bagley told Rochelle Olson of the Star Tribune that the team is in talks with Gov. Tim Walz and the state health department “to see if they can safely get fans into the enclosed stadium that hosted the 2018 Super Bowl and can seat more than 66,000.”

The decision is likely to come next week, Bagley said. Olson said that it’s “not likely” that fans will be in attendance for the home opener against the Packers, which is the first time the Vikings have ever hosted their NFC North rival in a season opener.

The stadium has already canceled several future events including the holiday bazaar in December. 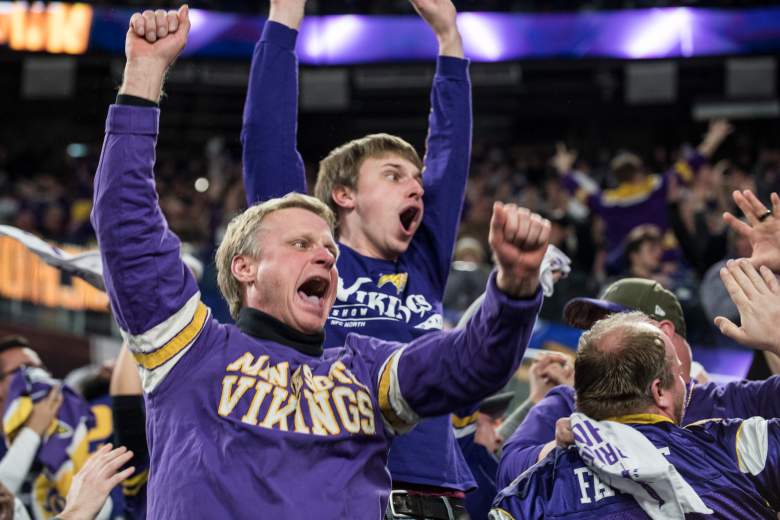 The Minnesota Sports Facilities Authority (MSFA), the public body that runs the four-year-old stadium for the state, met on Thursday and is still tying up loose ends to ensuring the stadium is a safe playing environment.

Taking in social distancing and public health guidelines, the max capacity of fans that could get in for any game this season is roughly 20 percent, Bagley said. That would allow a max capacity of 13,200 fans.

As of Thursday, the gubernatorial order allows no more than 250 guests at indoor events, but Walz’s administration has been “in communication with teams and large venues, including the Vikings and U.S. Bank Stadium, to discuss what a safe season might look like.”

The Vikings also got permission from the MSFA to add corporate signage to cover empty seats, a move several other sports leagues have adopted. The signage will not add to revenue but adds more visibility for the team’s biggest sponsors.

Regardless of whether there are fans or not, coach Mike Zimmer is preparing his team for all the potential elements they face this season. That includes “stagnant crowd noise,” which the Vikings have been practicing with this week. They’ll visit U.S. Bank Stadium next Friday and play a full half.

“We’re going to do it exactly how it’s going to be in the game,” Zimmer told local media in a press conference on Friday.

Zimmer has been skeptical of the “stagnant crowd noise.” While it does add energy to the stadium, if it is not adjusted throughout the game it will not resemble a real audience whatsoever.

“As far as the stadium, it’s going to be stagnant background noise, which makes a lot of sense right? I’ll probably get in trouble for saying that,” Zimmer said.

Zimmer addressed the likelihood of no fans early in the season as well, saying it “really stinks because we have unbelievable fans and they make that place rocking.”