Getty After comparing politics to his trade to the Vikings, Cowboys legend Herschel Walker was called out by Hall of Famer Cris Carter.

Herschel Walker has some hot takes as a professional football player turned Twitter personality — but his case for giving the Trump administration a “fair shake” by comparing politics to the iconic trade that’s become his namesake and legacy — that’s a new one.

Walker, one of the greatest college football players of all time, was the centerpiece of the largest trade in NFL history between the Cowboys and the Vikings. The Cowboys traded Walker to the Vikings and in return received a war chest of four players and eight draft picks that helped position the franchise into winning three Super Bowls in the 90s.

Walker posted a video on Twitter on Aug. 14, pleading the public to give the Trump administration a chance just as Cowboys fans did.

“I remember when Herschel Walker got traded to the Minnesota Vikings, many of the people didn’t like it. They fought against it,” Walker said. “But (coach Jimmy Johnson) and Jerry Jones did the right thing: they brought a dynasty to Dallas.”

Vikings Hall-of-Famer Cris Carter, who joined the Vikings in 1990 and played with Walker for two seasons, called out Walker for his selective memory, begging a necessary question from the other side of the aisle.

“But what happened to the @Vikings tell the whole story,” Carter tweeted.

What Happened to the Vikings? 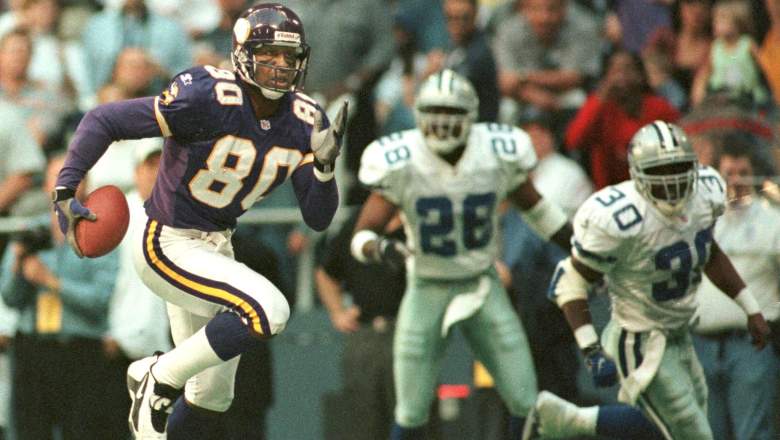 GettyCris Carter begged the question in his call out of Walker.

To put it simply, nothing happened to the Vikings. The franchise never made it to a Super Bowl with Walker, who they released after three seasons, but wasn’t necessarily plagued by the amount of potential talent they gave up to get him.

The franchise made it to the NFC title game in 1987, went 11-5 and won a wild card round playoff game in 1988. But in 1989 after starting the season 3-2, general manager Mike Lynn went all-in on to get Walker as the Vikings were a contender that was arguably a running back short of a Super Bowl.

The Star Tribune’s Michael Rand entertained many possibilities if the Vikings never made the Herschel Walker trade, including drafting Emmitt Smith in 1990 and keeping the bounty of draft picks, completely rebalancing the NFC in the 90s.

Instead, the Vikings made due when coach Dennis Green took over the franchise as coach from 1992 to 2001, making eight playoff appearances but never reaching the ultimate goal. 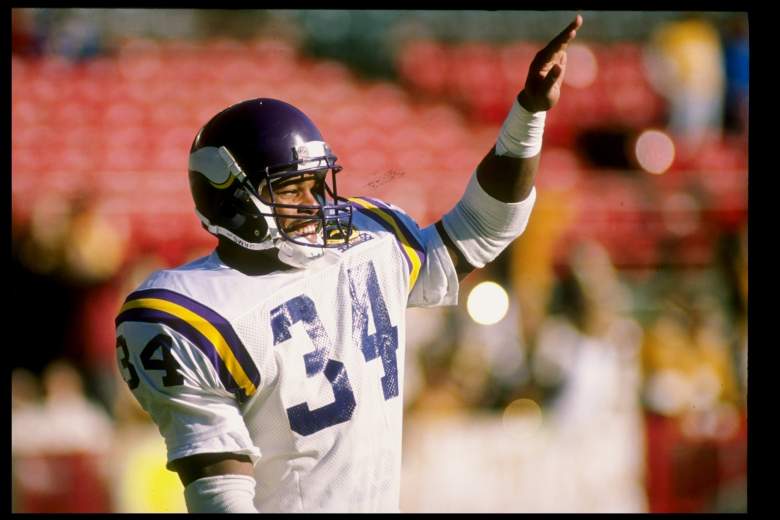 GettyHerschel Walker made an odd comparison of the backlash the Cowboys faced to the Trump administration.

In the reminiscence of his martyrdom for the Cowboys franchise, Walker oddly equated the risk the Cowboys took with giving the Trump administration a “fair shake.”

Earlier in the video, he went deeper into detail about the backlash Trump’s presidency has faced in its three-plus years and how many of the issues at hand have been prevalent in the United States before this past election.

Well, I’m at it again and I want to tell you — it’s funny — because I’m a thinking man.

I was thinking about the Trump administration. When they first came to office, many of the people in Washington didn’t like it. They fought against it. Today, they still fighting against it ’cause they don’t like it.

Well he was elected by the people of the United States of America. What’s strange about it today — we talk about racism, we talk about the economy, we talk about foreign affairs — what’s strange is all those things had just happened three years ago — those things have been going on for a long time. So many of the people in Washington have been there for a long time and they didn’t correct these things. So what I’m saying is why don’t we think about giving this administration a fair shake.

I’m not here to tell you who to vote for but what I’m here to say is I remember when Herschel Walker got traded to the Minnesota Vikings, many of the people didn’t like it. They fought against it.

But Jimmy and Jerry Jones did the right thing: they brought a dynasty to Dallas.

So think about that. Give them a fair shake and let’s see where we go.

The Cowboys dynasty following Walker’s trade set the groundwork for the franchise to become the world’s most valuable sports team. Jerry Jones purchased the team seven months before the trade for $150 million and is now priced at $5.5 billion. “America’s Team” has led the league in attendance 10 years in a row and claims to have sold out every home and away game since 2002.

Walker’s video was met with widespread reactions from fans.

In relation to your story, trump would be you & the white house would be the Vikings. Both of y’all’s arrival weakened us and made us worse than before.

Thank you Herschel. You’ve always been a class act. Totally agree with you. Vote for who you want, that’s what makes this country so great, but the non-stop attacks from the time he won the election has been disgusting.

@HerschelWalker You tap dancing at the WH this weekend? You’ve got Stephen (Django) written all over you. Smh!

You obviously are not affected by what this administration has done to our country. Or don’t hear what is being said. I will stick with our soldiers dying for a bounty, immigrants being mistreated, children in cages, and 160k Americans dying needlessly. But you do you.

Herschel has been a wise man for many years. I’ve always admired how he’s handled himself, kept in great health, and helped out so many without calling attention to his acts. He would be a fine leader too, listen to him, give it a chance.

One Twitter user brought to light the fact that Trump didn’t win the popular vote, countering Walker’s point that he was “elected by the people.”

@HerschelWalker Don’t forget he lost the popular vote. He doesn’t represent me. I tried.

Another user agreed with Walker’s general message, but called for addressing “the actual issues.”

Totally agree but we first have to come to agreement on what the actual problems are. You can’t got to a bargaining table not knowing what you’re really bargaining about. Get rid of the false narratives and concentrate on the actual issues.

One user brought to the attention the relationship between Walker and Trump, claiming Trump “cost him money and a shot” at the Hall of Fame. Walker opted out of his senior year of college to join the USFL New Jersey Generals, a team that Trump purchased just months after Walker’s arrival. He was the league’s rushing leader two of the three years he played before the USFL folded.

I can’t believe be speaking up for Trump. Trump ruined his NFL career and cost him money and a shot at the hall of fame.

Another fan created his own analogy.

This would have been fine in 2015-2016, but Herschel Walker was actually a professional in the field of football. A more accurate analogy would be Trump as a baseball coach going to the NFL having never played football and went 10-38 in 3 seasons. NOW what