Getty Justin Jefferson has one critique to his potential in the NFL.

Vikings rookie Justin Jefferson has plenty going for him.

The 21-year-old was a piece of one of the most prolific seasons in college football history. He led the NCAA in catches (111) and contested-catch percentage (92.3) as a slot receiver for the undefeated, national champion LSU Tigers.

There is one concern that could undermine Jefferson’s success in the NFL.

Pro Football Focus’ Ben Linsey explains what the Vikings will need to see from Jefferson this season:

Stefon Diggs is out, and Jefferson is in. There is a lot to like about what Jefferson brings to the table for the Vikings. He put up video-game numbers in LSU’s offense this past season, putting his after-the-catch ability (24 broken tackles after the catch) and some of the best hands in college football (12 contested catches on 13 opportunities) on full display.

The biggest thing that the Vikings need to see heading into next season is that Jefferson can consistently win against press coverage on the outside. Much of his production at LSU came through finding holes in zone from the slot, rarely facing press-man coverage outside. It’s not so much that he can’t do it — and his combine results indicate he has the athleticism to do so — but it’s something Jefferson needs to display in game action if he is to truly replace what Diggs gave them.

Jefferson Is Dealing With a Familiar Critique 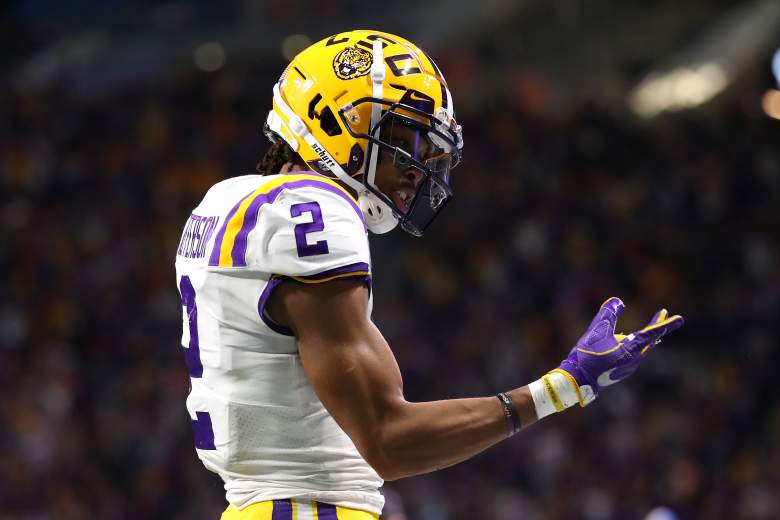 GettyJustin Jefferson and Stefon Diggs have some similarities in their college careers.

Ironically enough, Stefon Diggs was dealt a similar critique that Jefferson will face this season.

NFL Network’s Lance Zierlein wrote that “most of (Diggs’) production came from (the) slot or as an outside receiver in space. Must prove he can win as route runner against quality cornerbacks. Play strength is below par. Gets muscled around by physical defenders.” Diggs caught 52 passes for 720 receiving yards in his rookie year, a likely benchmark that Jefferson will undoubtedly be compared to after his rookie year.

Jefferson ran 81.1 percent of his routes from the slot in his final season as the focus surrounding his value was as an intermediate route slot receiver — but Jefferson may have untapped potential as an outside receiver as well.

Jefferson Broke Out As An Outside Receiver

The LSU product’s playing career has largely been overshadowed by the 2019 championship season where he put up prolific numbers in one of the most lethal offenses college football has ever seen. Jefferson posted the best Pro Football Focus grade on receptions between 10 and 15 yards downfield.

The Athletic’s Arif Hasan explained that Jefferson in 2018 played on the outside and had his first breakout season as a 19-year-old. His role in LSU’s offense last season was a matter of what worked best for the team.

“There might be an explosive versatile receiver there that the Joe Brady system didn’t fully need to utilize,” Hasan wrote. “The Vikings seemed to have grabbed a very talented receiver that was pigeonholed for the sake of the offense — good for LSU, but restricting for Jefferson. With the Vikings, he could do something else.”

In 2018, Jefferson’s average depth of target was 13.6 yards, compared to 8.7 in 2019 as he played primarily as an outside receiver in his sophomore year.