The Vikings defense was tagged all offseason with the usual labels a team introducing at least five new starters to the lineup would receive: retool, reboot, rebuild.

A move on Sunday morning should put to rest those notions as the Vikings defense is now expected to rejoin elite conversations after trading for Jaguars Pro Bowl pass-rusher Yannick Ngakoue.

Ngakoue was considered one of the top free agents at his position. He’ll replace longtime Vikings edge rusher Everson Griffen, who signed with the Cowboys this offseason, in the lineup and start opposite of Danielle Hunter — the youngest player to reach 50 career sacks in NFL history.

The Vikings have had two premiere edge rushers for most of the decade as the team continues to adapt to an increasingly passing league. Signing Ngakoue was coach Mike Zimmer’s remedy for losing Griffen.

“We’ve been looking for another pass rusher for quite a while,” he said in a virtual press conference. “I think that’s important when you have a young secondary as well.

Since the start of 2016, Ngakoue, is one of just five players with at least 35 sacks and 10 forced fumbles in that span, according to ESPN Stats & Information.

Ngakoue had a pass-rush win rate of 21% as an edge rusher last season, per NFL Next Gen Stats, which ranked higher than Griffen (17%) and Hunter (15%), Ngakoue’s new teammate, ESPN’s Courtney Cronin wrote. Ngakoue has 37.5 career sacks and 14 forced fumbles in four seasons. His 2017 Pro Bowl season he tallied 12 sacks and six forced fumbles and a fumble return TD.

The Vikings had a mass exodus at the cornerback position this offseason, parting ways with all three starters as the oldest cornerbacks on the roster are 23-years old. Adding a vetted pass rusher to the roster will ensure the secondary will have chances to make plays on pressured quarterbacks.

Vikings In a Salary Cap Bind 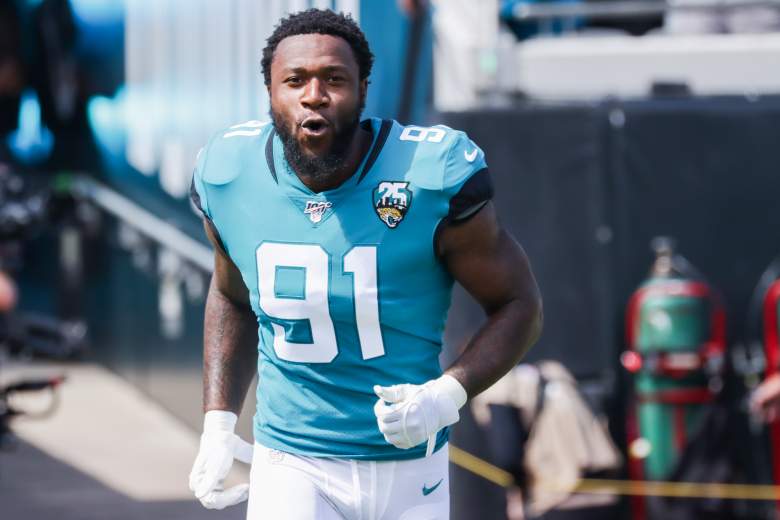 GettyThe Vikings will need to create cap space to add Ngakoue to the roster.

The Vikings entered Sunday with $12.9 million in cap space for the 2020 season and will need to create room to fit Ngakoue on the roster. Ngakoue was franchise-tagged this offseason and did not reach a deal with the Jaguars for a new contract. He will have to sign his tender, which is $17.8 million this season, with the Jaguars before he signs a long-term deal with the Vikings.

Cronin wrote that “sources said Ngakoue will restructure his one-year deal with the Vikings to create more cap space,” but there are still many things left on the Vikings to-do list, including signing star running back Dalvin Cook.

The Vikings need to trim the roster down to 53 players by Sept. 5, which will likely come with some added cap space.

Danielle Hunter Out at Training Camp

As of Sunday morning, Hunter has missed 11 straight team practices to an unknown injury Zimmer has maintained is a “little tweak.” Zimmer told local media on Sunday that the Vikings are “being cautious” with Hunter, adding they don’t think Hunter will need long to get game-ready.

If Hunter remains out, the seriousness of Hunter’s injury could be more severe and linger throughout the season, justifying the signing of Ngakoue.

Ifeadi Odenigbo was poised to start before the signing, but he could still be heavily-involved if Hunter does miss time.

Loading more stories
wpDiscuz
0
0
Would love your thoughts, please comment.x
()
x
| Reply
The Vikings made a move to restore the defense to its elite reputation on Sunday.