Last year’s WrestleMania 36 was originally slated to emanate from the Raymond James Stadium in Tampa, FL.

But we all know the current pandemic put a stop to those grand plans. But this year, WWE is going out of its way to right that wrong and set up ‘Mania 37 for a grand presentation in front of fans. The pirate theme has returned and the two-night setup is also back. And looking at the landscape of Raw and Smackdown, those two nights are needed since the biggest matches of the year will have to be spread out across both of them. ‘Mania 37 is definitely going big and making sure to return to the normalcy of live wrestling shows before the pandemic hit. To say that we’re excited about that prospect is an understatement.

Without further ado, here is our preview and predictions piece for WrestleMania 37. 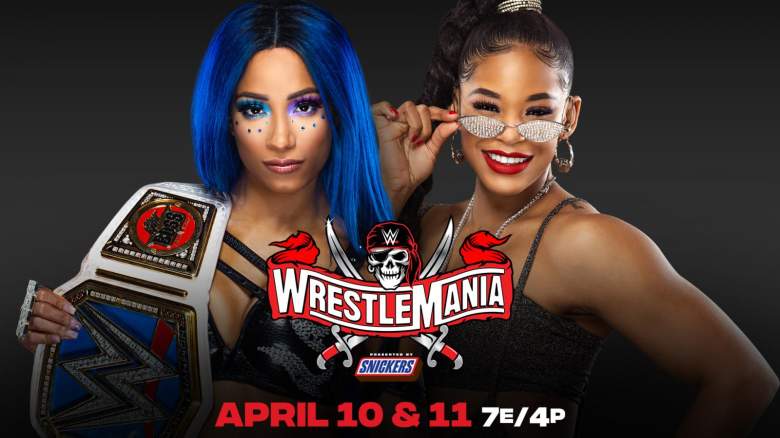 Predictions & Winner: As soon as Bianca Belair emerged victorious at the Royal Rumble, everyone and their grandmother knew who she was going to set her sights on. WWE went the predictable route with the “likely challengers turned unlikely partners” storyline to lead into this matchup, of course. But in this case, it’s perfectly fine to me. Any road that WWE chose to go down would pretty much satisfy me as long as these two ladies ended up in the same position. Sasha Banks has been on fire for a good while and now she has the perfect dancing partner for the biggest stage in professional wrestling. I’m beyond excited to see these two ladies put on a contest that speaks to the strength of the women’s division and Black excellence as a whole.

My gut’s telling me these two women will put on one of the best matches of the entire ‘Mania 37 weekend. Banks will most likely turn things up a notch and reach into her bag of dirty tactics to truly push Belair to her limit. Belair will be sure to battle back by using her amazing athleticism to take Banks off her game, of course. This will be one of those matches where shenanigans will be a non-factor – Banks and Belair will squab it out in a balanced manner. At the end of this classic in the making, Belair will finally be crowned as the new SmackDown Women’s Champion and continue getting the push of a lifetime. Banks has held it down for a good while now, but it’s clear to me that Belair’s Rumble win is leading right into a win at the “Granddaddy of ‘Em All.” 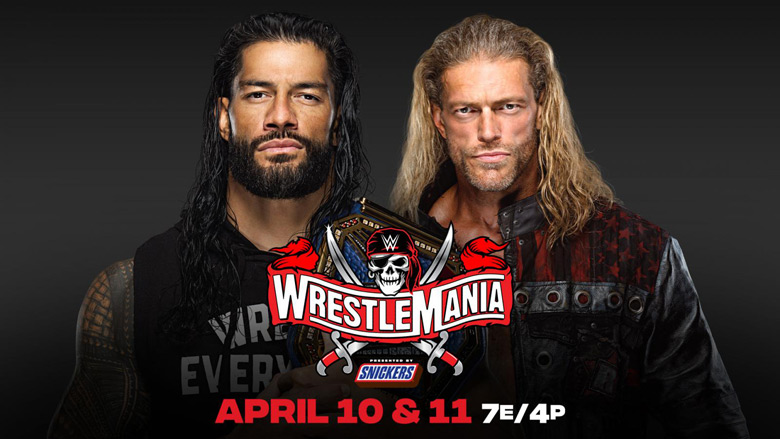 Predictions & Winners: Edge already attained GOAT status before he was forced to retire due to injury. But once he pulled off a miraculous comeback at both the 2020 and 2021 Royal Rumble shows. For this year’s installment, the “Rated R Superstar” managed to win the whole thing and slot himself into a major championship match at ‘Mania 37. After previewing his title match options across Raw, Smackdown, and NXT, Edge decided to finalize his decision against the Blue Brand’s “Tribal Chief” Roman Reigns. Seeing as how last year’s “Battle of the Spears” between Goldberg and Reigns got canceled, this setup fulfills that dream match scenario as it features two Spear users going head to head.

This is definitely one of the marquee matches I’m super hyped about. Edge has been on a roll since coming back and Reigns has been hitting on all cylinders ever since he aligned himself with Paul Heyman. Both men are at the top of their game, so chances are high that they’ll deliver a bonafide classic here. Heyman’s going to be a non-factor here – Reigns is going to handle this career-changing contest all on his own. My gut’s telling me that Edge is going to be in a very giving mood for this matchup. Reigns is the man right now and having him drop the title to a legend is not the move to make right now, which is something I’m sure Edge realizes. Reigns is clearly going over here to push himself ever so closer to legendary status. It won’t be easy, but the Universal Champion is walking into and out of this match with his title intact. 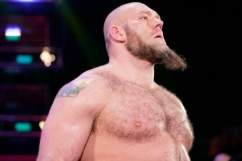 Read More
Pro Wrestling, Roman Reigns, Wrestlemania, Wrestling, WWE, WWE Raw, WWE Smackdown
WWE is going big with WrestleMania 37 by hosting it in front of a live audience across two days. Check out our preview for all the announced matches.