Milla Clark Instagram Over the last eight seasons of the TLC series "My 600-lb Life," there have been a host of incredibly inspirational and successful weight loss stories.

My 600-lb Life documents the true stories of morbidly obese individuals embarking on a weight loss journey in an attempt to shed some weight and regain control of their lives. Over the last eight seasons, dozens of subjects have worked closely with Dr. Younan Nowzaradan to lose weight and get their health back on track, and although there have been plenty of failed attempts and a few devastating deaths, there have also been many incredibly inspirational success stories.

From patients who beat tremendous odds and shed hundreds of pounds, to subjects who struggled to stay on track but refused to give up, My 600-lb Life has highlighted the success stories of many determined individuals over the years. Below, we’ve rounded up the top six cast members who have some of the most inspirational transformations featured on the show, although we plan to continue adding to this post in the coming months with many more success stories.

Note: each of the participants below started their weight loss journeys at different stages, and often at a different weight class than others featured on the show. Although we applaud each and every person who is making an attempt to reclaim their independence and lead a healthier lifestyle, the subjects below have some of the most successful stories on the show, so we wanted to round up a few of the biggest weight loss stories featured on My 600-lb Life to share with readers.

Keep reading for a rundown of some of the biggest weight loss transformations in the history of My 600-lb Life: 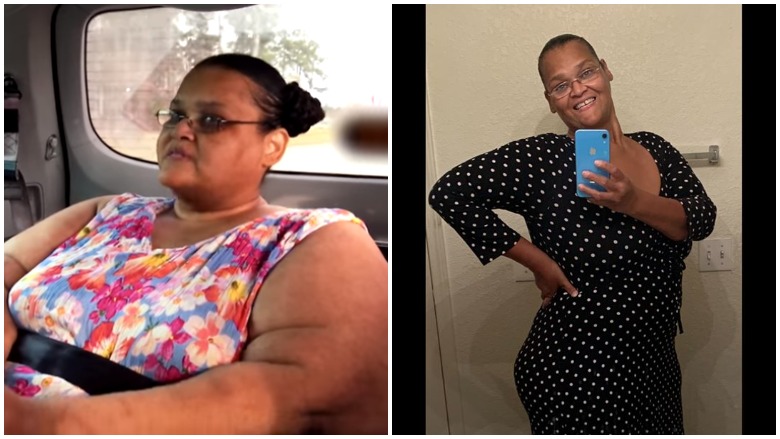 Milla Clark first appeared on the show during Season 4; she weighed 751 pounds at the start of her journey and had been struggling with obesity since childhood. When she checked back in with viewers in 2019 she had reached her weight loss goal of 155 pounds, after losing a staggering 596 pounds! The reality star admitted ahead of her Where Are They Now? episode that she’d lost the equivalent of “three or four people.” 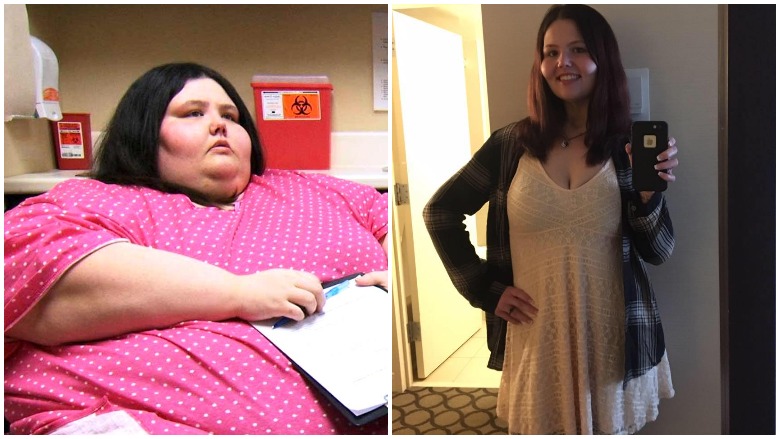 Christina Phillips was 708 pounds when she first appeared on the show in 2014. The reality star hadn’t left the house in two years prior to her journey with Dr. Now, but after she was approved for gastric bypass surgery she was able to lose 183 pounds. Although she faced plenty of struggles over the last few years, she has been able to keep the weight off, and as of 2019, Christina had lost a total of 536 pounds, bringing her down to an impressive 172 pounds! 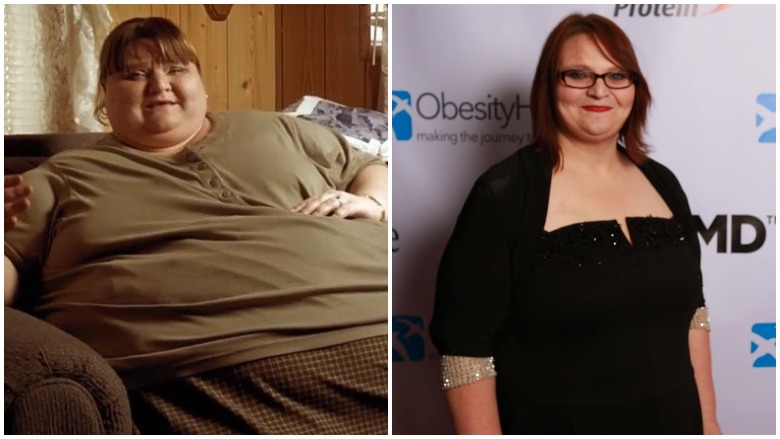 Melissa Morris weighed 673 pounds when she first traveled to Houston to meet with Dr. Now on the very first season of the show. She’s had three Where Are They Now? followup episodes since then, and each episode has documented her continuous efforts to lose weight, despite a few setbacks throughout the years. Today, Melissa has lost more than 500 pounds and has the family that she’s always dreamed of having. 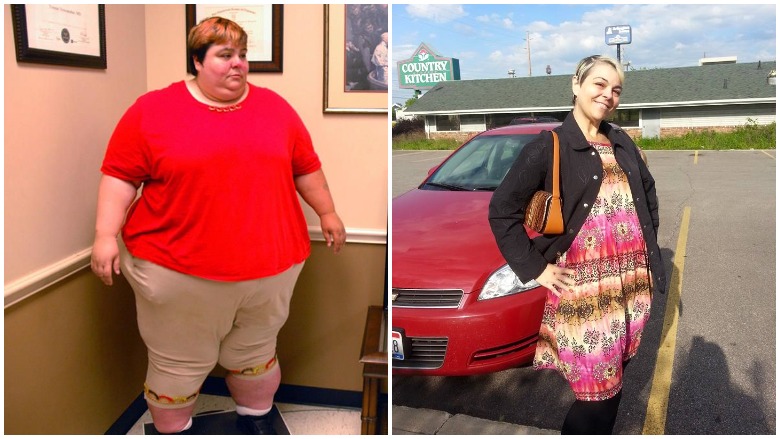 Paula Jones tipped the scales at 542 pounds when she started her journey with Dr. Now during Season 2 of the show. In 2016, she revealed that she was down to 142 pounds after having dropped an astonishing 400 pounds. Since then, the reality star has welcomed her first grandchild to the world and has organized several weight loss conferences for people to come together and share their stories with the world. 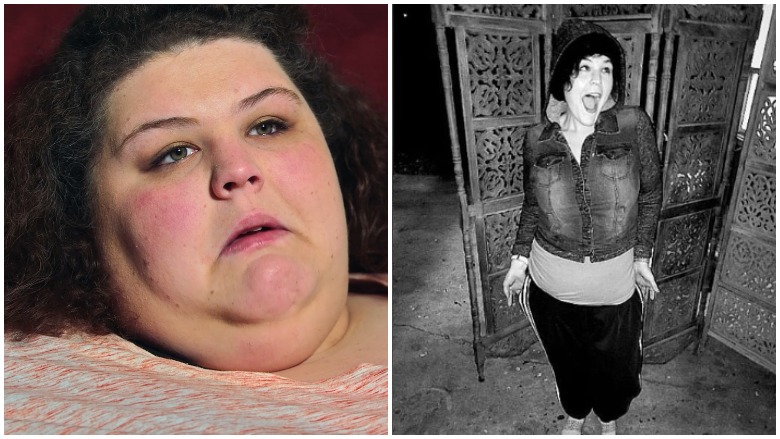 Sarah Neeley starred on Season 6 of My 600-lb Life, and started her weight loss journey at a peak weight of 642 pounds. The reality star faced a series of obstacles during her time with Dr. Now, but she persevered and lost a total of 443 pounds, dropping her weight down to 197 pounds during her last Where Are They Now? episode. These days, she’s married to someone she considers the “love of her life,” has a child on the way, and frequently updates fans on her journey through Instagram. 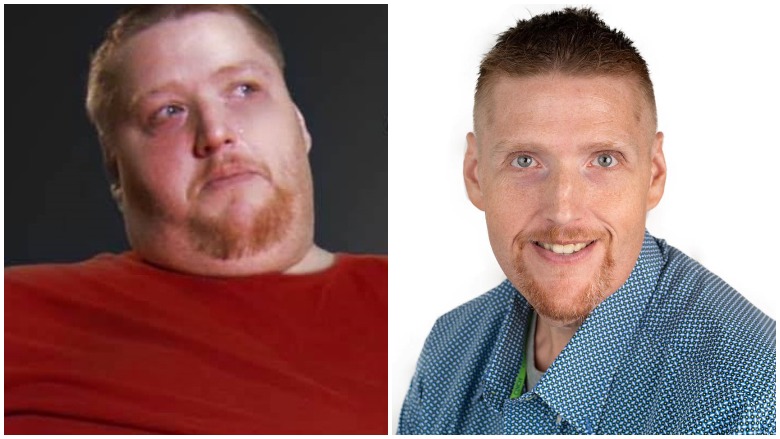 James Jones took part in Season 2 of the show; he was 750 pounds when he first met with Dr. Now in 2013. James revealed to Starcasm in 2019 that he was down to 239 pounds, bringing his weight loss total to a whopping 511-pound loss! Today, James updates his fans on his weight loss journey through his Facebook page, where he shares fitness tips, healthy recipes and the occasional progress picture.

My 600 Lb Life airs Wednesday nights at 8 p.m. EST on TLC. You can find more coverage and updates on the cast and subjects here.