Brittany Cartwright opened up about watching her friends film “Vanderpump Rules” without her.

The former Bravo star, who announced her exit from the hit reality show last year alongside her husband Jax Taylor, recently revealed that she has seen photos of her friends as they film the upcoming ninth season of the show and that it is sometimes hard for her to watch.

Cartwright is in full-time mom mode as she raised her newborn son, Cruz Michael Cauchi, but some of her pals are doing double duty with new motherhood and “Vanderpump Rules.” In an “ask me anything” chat on Instagram, Cartwright addressed a fan who asked her if she misses filming the SUR-set reality show.

“Sometimes I do miss it,” she admitted to fans during the Instagram Q & A. “I miss it the most when whenever I see pictures of all of my friends together and I’m not there with them because normally I would be, so stuff like that is hard. But you know, we still get to hang out on weekends and stuff so it’s fun.”

She added that she and fellow new moms Lala Kent, Stassi Schroeder, and Scheana Shay have all gotten much closer as they navigate new parenthood together. Unfortunately, much of that bonding won’t be seen on camera, as Cartwright and Schroeder are no longer part of “Vanderpump Rules.”

With “Vanderpump Rules” filming now underway,  cast member Lala Kent recently told fans that it’s “so weird” to do the show without Cartwright and Schroeder by her side.

“I miss them all very much,” Kent told fans,  according to Us Weekly.

But Cartwright’s husband only misses one thing about “Vanderpump Rules. On the “Daddy Issues” podcast with Joe Buck and Oliver Hudson, Taylor said, “I was on the show for nine years… but the only thing I’m gonna miss about it is the paycheck.” 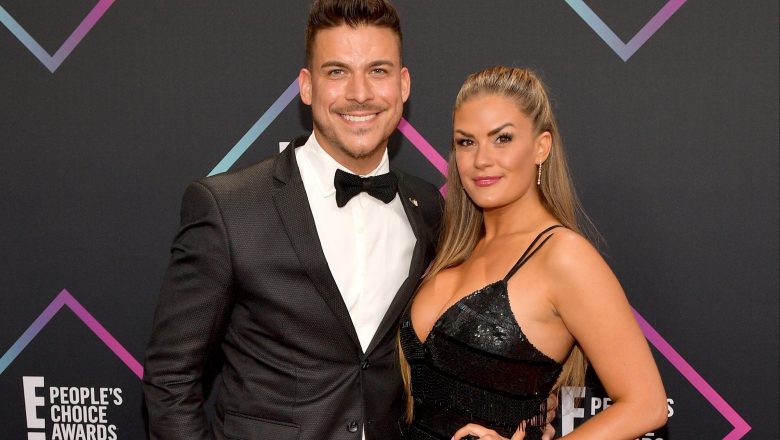 Elsewhere in the Q&A, Cartwright teased a future move out of California, where “Vanderpump Rules” films. When asked if she and Taylor plan to stay in their home in Valley Village, California, Cartwright revealed that the couple eventually wants to raise their children near family.

“California has been amazing for me,” Cartwright said. “I’ve got to do so many things I never dreamed in a million years I would get to do but I think we would love to have Cruz and our other babies someday grow up around our families, whether that’s in Kentucky or Florida.”

Cartwright added that she hopes to have three children with Taylor.

“It’s not happening today but it is in the foreseeable future,” Taylor said in February 2021. “Maybe next year, if I can talk Brittany into it… I want to raise my kid in Kentucky [but] I’ve got to get Brittany on board.”

Cartwright’s mom also confirmed to fans on Twitter that her daughter and son-in-law are looking for a home in  Kentucky and that she’s “excited” to be close to her grandson.