Madison LeCroy is in the hot seat once again regarding her relationship with  Jay Cutler.

In a sneak peek for the second part of the Southern Charm reunion posted by E! News, the controversial reality star revealed that it was the former NFL player who recently reached out to her to meet up in South Carolina.

LeCroy’s relationship with the recently single former Bears quarterback made headlines recently after Cutler and his ex, Kristin Cavallari, simultaneously shared a  cozy photo together and called out the “users” they have crossed paths with.

In the reunion exchange, LeCroy was grilled about rumors about her relationship with Cutler, and she revealed that Cutler offered to come to Charleston to see her. 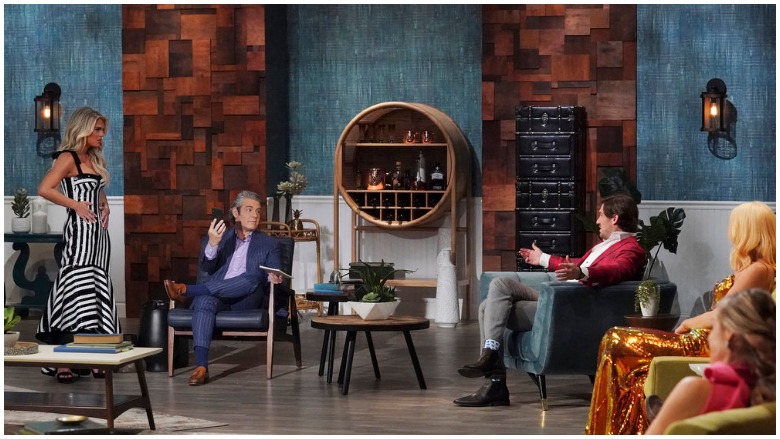 In the preview clip LeCroy’s co-star Craig Conover called her out for a comment she recently made on Cutler’s version of the Internet-breaking photo. LeCroy wrote “call me sis… can’t wait to clear this up” after another Bravo star, Summer House’s Lindsay Hubbard, said she was “confused by the former couple’s photo and message.

At the Bravo reunion, Conover told LeCroy she only wrote the comment because she’s jealous that he and her ex, Austen Kroll, are chummy with Cavallari now.

“You commented on Kristin Cavallari’s f–king picture because you hate that we’re friends now,” he said. “Kristin slid into my DMs like two months ago. Austen and I have both become friends with her.”

Cohen also asked Kroll if he was dating Cavallari amid rumors that the two were sparked dating rumors following a Taylor Swift-fueled dance party. Kroll replied that he is not dating the Very Cavallari star.

Lecroy then teased that Cutler  “came to Charleston and reached out to me,” and offered to show Cohen the messages leading up to their meet-up.

“So this is the DM,” Cohen told the group. “This is Jay Cutler asking what the top three restaurants in Charleston is. She said, ‘Are you asking this because your ex sent the same DM to my ex?’ So he said, ‘Haha, did she? I don’t keep up with her.’ And then she recommends a restaurant. She said, ‘I’ll guess we’ll have to test more out.'”

LeCroy then took her phone back. 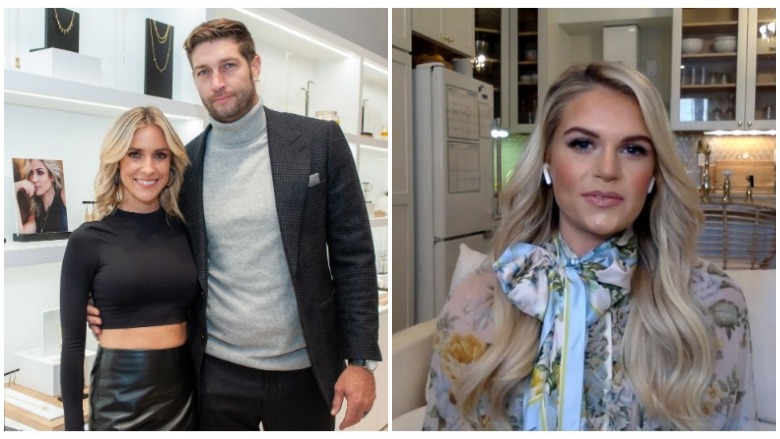 Getty/BravoKristin Cavallari and Jay Cutler pose together; Madison LeCroy in a screengrab from Bravo.

Last month, LeCroy exposed “receipts” of her past exchanges with Cutler. The Southern Charm star she a lengthy text thread she claimed to have with the former Bears quarterback.

In the leaked texts she told the dad of three that she came into everything with “good intentions.” She also made it clear she didn’t want to be involved in any payback or drama as Cutler accused her of not respecting his family’s privacy.

“You initiated and pursued,” she wrote to Cutler. “ If you weren’t interested in something real you shouldn’t have [redacted] with me.”

A source told People, that LeCroy also spent time with Cutler after she shot the explosive Southern Charm reunion.

“Jay reached out to Madison and they spent time together,” the insider confirmed. “He flew out to see him after filming the Southern Charm reunion last month.”