Kaitlynn Carter recently opened up about her relationship with her new boyfriend, Kristopher Brock. More than a year after her high-profile split from Brody Jenner and subsequent romance with Miley Cyrus,  the 32-year-old The Hills: New Beginnings star, told the Scrubbing In podcast that she has been in a relationship with the fashion designer since May.

Carter joked that her new love is the “gayest straight man” she knows because he’s “so into fashion.” She also noted that she has a lot of “feminine things” in common with the handsome designer.

“It’s the most seamless, chill relationship,” she said. “I’ve never had a relationship that was just easy and I don’t want to put anybody else down, but I feel like he’s the first adult I’ve ever dated. He’s more mature than me by far. “

Here is what you need to know about Kristopher Brock: 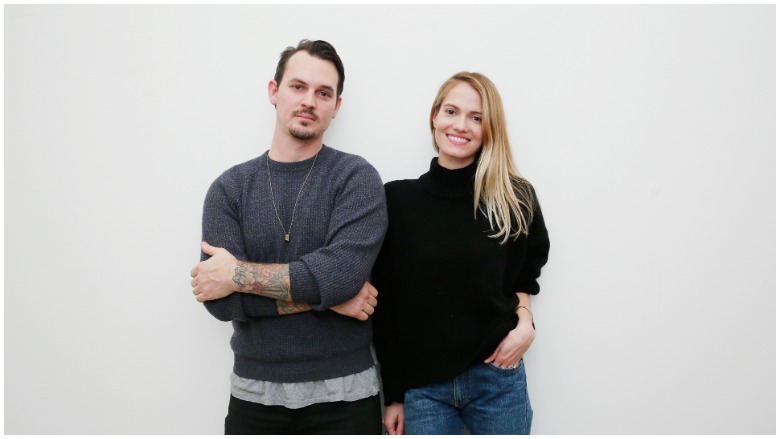 In 2014, Brock founded the fashion label Brock Collection with his design partner Laura Vassar, according to the brand’s website. The designers first met at Parsons School of Design in New York City in 2010 and began working as a team when Brock asked Vassar to be a fit model for a wedding dress he designed.

“We started working together on our school projects,” Vassar told Nordstrom.”We realized Kris was really great at this aspect [of design], and I was really great at another aspect. All we would do was work. … It came together one season when we went to Paris …  we went home to New York and started working on a collection, and we did it. We brought it back to Paris [that next] February and presented to all the stores and editors; it was two racks of clothes that we were just really happy to show.”

In the Nordstrom interview, Brock described the line as “all-American romance” and noted that it was a mesh of their individual styles.

“I feel like both of our personal styles really kind of live through the collection…kind of ‘on-a-ranch country life,” he said.  “Laura grew up in Northern California, and I grew up in Texas, so we both have a semi-equestrian feel to our background, which I think plays through on the romance side.”

Following the launch, the pair relocated to Southern California. In 2016, they won the prestigious CFDA/Vogue Fashion Fund award.

Brock’s Wedding Was Covered by Vogue

The designing couple got engaged at a gas station in Miami, and in 2014, Vogue magazine covered their wedding, which took place overlooking the bay at the bride’s family’s summer home in Newport Beach, California.

Despite their collaborative design background, Vassar was able to keep her wedding dress design “a complete secret” from her future husband, and she ultimately took her design to dressmaker Geri Gerard.

The ceremony itself was also a complete surprise to the 180 guests, who were under the impression that the invite was for an engagement party, not a wedding.

The fashionable couple was married by Vassar’s uncle, Jon Wright, who dressed in a cowboy hat and Wrangler jeans.

Brock and Vassar made a huge announcement during their wedding reception.

“We served a classic surf-and-turf dinner, and during dessert, we announced that I was expecting a baby boy, due in December,” Vassar told Vogue. “Everyone was thrilled by the news and danced the night away on the dance floor, which looked like it was floating on the high tide of the bay.”

But in April 2019, Vassar filed for divorce from Brock in Orange County Superior Court, according to Social Life Chicago. She also requested Uniform Custody Jurisdiction and Enforcement in regards to Charlie.

Brock frequently shares photos of his young son on his Instagram page as they play on the beach and go on hikes together. 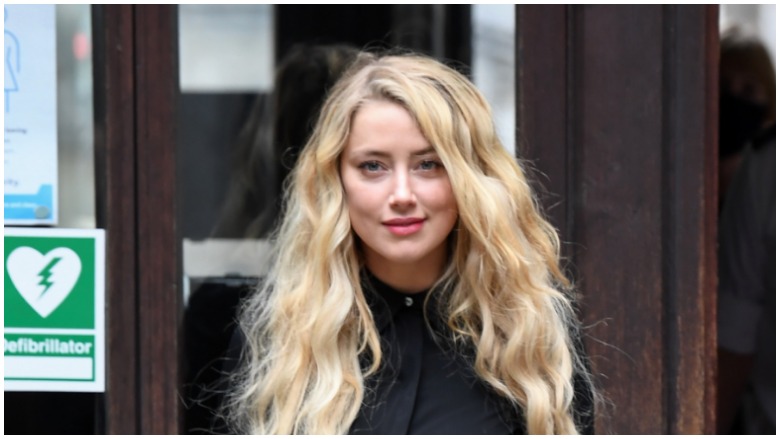 GettyAmber Heard arrives at the Royal Courts of Justice, the Strand on July 28, 2020 in London, England.

Months before his wife’s divorce filing, Brock was photographed out with actress Amber Heard. In October 2018,  The Daily Mail posted photos of the designer on a sushi date at Matsuhisa restaurant in Beverly Hills with the estranged ex of Johnny Depp.

One week earlier, the two were spotted slow dancing at New York bar Doc Holliday’s. The Daily Mail reported that the Aquaman actress was seen putting coins in a jukebox and selecting songs with a bearded man who “strongly” resembled Brock before the pair started dancing together at the Lower East Side bar.

His Relationship With Carter Has Been Kept Mostly Private

A look at both Brock and Carter’s Instagram pages show no couples photos, just an occasional tag. In November, Carter tagged Brock in photos shared from a trip to Texas, but he did not appear in the shots.

That may be because following her split from Jenner and tabloid-worthy romance with Cyrus, Carter revealed that she wants to keep her new romance out of the public eye as much as possible.

“I made the mistake of saying when I was on Nick Viall’s podcast that I was never going to have a public relationship again and everything was going to be private and I think what I meant by that was just that I don’t want to have a relationship that is in the tabloids,” she explained. “I don’t want to do overly public things…. I would not appreciate that if I was dating somebody and they were hiding me.”

Loading more stories
wpDiscuz
0
0
Would love your thoughts, please comment.x
()
x
| Reply
Kaitlynn Carter recently opened up about her relationship with her new boyfriend, Kristopher Brock. Here is everything you need to know about him.