We’re now in the endgame part of Fortnite Season 5 and all focus is beginning to shift to the horizon.

We’re now just days away from Season 6 and the rumor mill is churning about what we can expect when it finally arrives. Everything from potential skins, news of a DC Comics theme, and how the live event will shake things up is all being discussed.

With the new Batman comic book over the horizon, that’s actually our best source of information about what to expect in the upcoming season. No, it doesn’t confirm an entire DC Comics crossover season like Season 4 was with Marvel, but it does indicate that we might be seeing some more superheroes show up. Who knows, we might even get a supervillain or two.

A new solicitation for the series, via Bleeding Cool, seems to describe a familiar villain of the Justice League, and he could prove be a major Season 6 threat.

Deathstroke, Could That Be You? 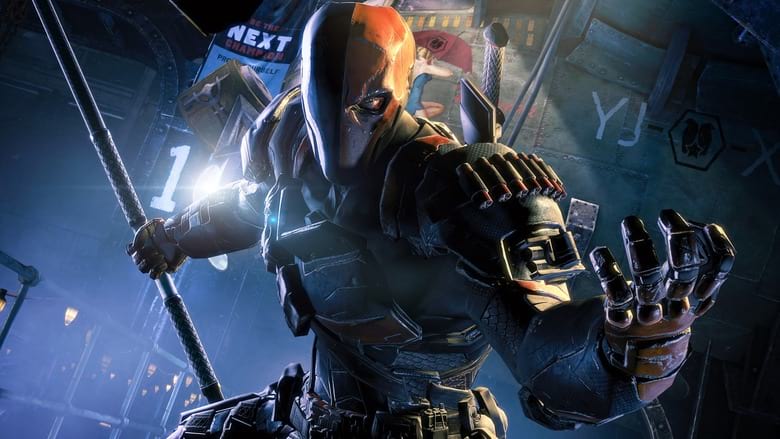 Since the series is canon to Fortnite, Deathstroke would have to be a playable character in the game for this to happen, so it would mean he’d have to be released at some point.

It’s important to note that Deathstroke isn’t called out by name, but is instead strongly hinted at. Here’s what it says:

“And a few others–there’s someone else trapped, someone who is trying to get free from the world of Fortnite…someone deadly. Will Batman recognize this familiar hunter-for-hire, and even more importantly, will he trust him?”

Someone who Batman recognizes on the island who is a hunter? This doesn’t leave much to the imagination as to who this could be, but we’ll just have to wait and see what Epic has planned for us.

Who Else Could Show Up?

While Deathstroke might be one of the most popular characters in all of DC Comics, there will be more than just him to look forward to.

Additional outfits for both Harley Quinn and Batman have already been confirmed, and we’ll also be getting more skins outside of just DC.

We may have already gotten our first look at the Battle Pass skins for Season 6. At the very least, it’s a glimpse into what could possible come in the next season, and it’s looking like a return to form for Epic.

Some of the Season 5 crossover skins are some of the best we’ve seen in all of Fortnite, but it’ll be nice to get back to some of the original cosmetics that made the game into the juggernaut we know today.

Skins over the years have only gotten better and better and it’s weird to look back at some of the early ones compared to what we have now. We’ll just have to hope that Epic has something big going on behind the scenes.

Fortnite Season 6 kicks off March 16, so stay tuned for more news in the coming days!

READ NEXT: How to Complete Fortnite Marigold Challenges & Get 1,500 V-Bucks

Loading more stories
wpDiscuz
0
0
Would love your thoughts, please comment.x
()
x
| Reply
Some big names will be showing up in Fortnite Season 6.