LeBron James absolutely annihilated the Charlotte Bobcats with a career-high performance of 61 points in a 124-107 victory in Miami.

Not only is it his highest points total ever, but it’s also a Miami Heat record. The closest previous was Glen Rice’s 56 in April 1995.

He also broke the Heat’s record for points in a quarter with 25 in the third.

According to USA Today’s For The Win:

And just for good measure he got five assists too.

The last three 55-point games in the NBA have all come against the Bobcats (LeBron, Carmelo, Deron Williams). 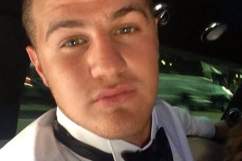