A football star with the University of Maine Black Bears, Zedric Joseph, 24, is being held by police in West Palm Beach in connection with a fatal stabbing, reports WPTV. The attack occurred on March 7, and killed Richard Chery, 23. Another woman, Vashti Laurore, 23, received minor wounds and was later released from hospital..

1. He’s a Rostered Player With the Black Bears

Joseph plays as a running back for the University of Maine, he was listed on the team’s roster for the 2013 season. The school’s football coach, Jack Cosgrove, offered a brief statement where he said:

This is very hard to comprehend. We extend our deepest sympathies to the victims and their families and friends.

We were very saddened to learn that a University of Maine student has been arrested in connection with the death of one person and the injury of another in Florida. Our thoughts and prayers are with those whose lives have been forever changed by this horrific incident.

Joseph went to high school in the Palm Beach area. . He graduated Palm Beach Central High School but he was born in Orchard Park, New York. At high school, he owns the school record for single game receiving and most kick returns for touchdown.

His 2013 season was ruined before it got started. In a game against Bryant in September 2013, Joseph suffered a broken leg.

It was an especially big blow as in the team’s first game of the season against Norfolk State, Joseph scored an 85-yard touchdown.

4. Joseph is a Childhood Development Major

5. The Black Bears Are in Mourning For a Former Player

This is the second major incident to impact the Black Bears in the last few days. On March 11, former player Dominic Cusano, died tragically, according to the school’s website. 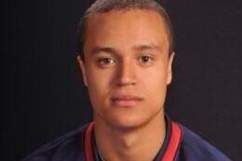 Loading more stories
wpDiscuz
0
0
Would love your thoughts, please comment.x
()
x
| Reply
Zedric Joseph is a running back with the University of Maine. He's being held by cops in Palm Beach, Florida, in connection with a fatal stabbing.