BREAKING: Hampden DA arrest Robert Honsch for the murder of Marcia Honsch, body was found in Tolland in 1995 #fox25 pic.twitter.com/5adeByWSrO

Honsch had escaped the area after the deaths of his family in ’95, he moved to Ohio and changed his name to Robert Tyree. He remarried and had kids. Honsch was arrested and held in Wooster, Ohio, on July 23.

2. His Wife & Daughter Were Both Shot in the Head

Cops couldn’t identify Honsch’s wife, Marcia, or his daughter, Elizabeth, as the victims in the two murders, since they were found both were just referred to as “Jane Doe.” Elizabeth was found shot to death in a shopping mall in New Britain, Connecticut. A week later, Marcia Honsch, was found shot in the head in Tolland, Massachusetts, reports Fox Connecticut. Police at the time determined that Marcia Honsch had been dead for around eight days by the time she was found around 40 miles away from her daughter. In 2011, it had been reported that the “Jane Does” were likely related.

It was only through recent DNA testing that Elizabeth and Marcia Honsch were identified as being related. Only in June 2014 did Marcia Honsch’s family report her missing. It isn’t clear why they waited so long to do so.

4. The Family Used to Live Together in New York

At the time of their deaths, the Honsch family lived in Brewster, New York. Elizabeth Honsch was just 17 when she was killed where as Marcia was 52.

5. There Were Other Murders Around the Same Area

NBC Connecticut points out that in 2007, three other women were discovered murdered close to where Elizabeth Honsch was found. It isn’t clear if the crimes are related. 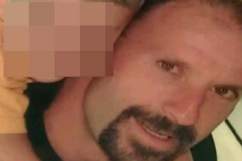 Loading more stories
wpDiscuz
1
0
Would love your thoughts, please comment.x
()
x
| Reply
Robert Honsch has been arrested for the killing of his wife and daughter in Connecticut and Massachusetts in 1995. Honsch had been living in Ohio with a new wife and kids under a different name.