Sheila Von Wiese Mack had been warned by a friend not take his teenage daughter on vacation to Bali, according to NBC News. On August 12, Sheila was found murdered inside of a suitcase outside of the hotel where she had been staying Bali. Less than 24 hours later, her daughter, Heather, and her boyfriend, Tommy Schaefer were arrested in relation to the crime.

1. Hotel CCTV Showed Sheila Arguing With Schaefer the Night Before She Was Found Dead

Heather von Wiese Mack and her mother had been on vacation at the St. Regis resort in Bali since August 7 before they were joined by Schaefer on August 11. That night, surveillance video from the hotel shows Schaefer and Sheila von Wiese Mack arguing in a hallway. Schaefer was staying in a different room to his girlfriend.

Schaefer and Heather were arrested on the morning of August 13 while they slept at a separate hotel. Both are now in custody with police attempting to uncover whether this was premeditated murder or a spontaneous act.

2. She Had a Difficult Relationship With Her Daughter

Sheila’s friend, March Bacharach, told NBC News, said that after recent difficulties, Heather had moved out of the apartment she shared with her mother in Chicago. Bacharach added that Sheila barely recognized her daughter, and that Heather had dropped out of college. Bacharach said:

[Sheila] tried to hope when it came [to Heather]. That was my friend’s most outstanding characteristic.

At least four or five of us would say to kick her out. She was hanging out with a bad crowd. But Sheila always took her back. [Heather] could be as charming and self-effacingly sweet one minute, and then a vicious little monster the next.

The mother and daughter were on a vacation for 10 days in Bali, even though Heather von Wiese Mack was now living in a hotel in Chicago.

3. Police Were Called to Sheila’s House 86 Times in the Last 10 Years

They were all for domestic issues between mother and daughter. They were mainly for domestic issues and theft and there were some calls to 911 when the caller hung up. In such cases police send a squad car. There are no records of any arrests. But for a large portion of that time, the daughter would have been a juvenile, so those records would be sealed, so I can’t say for certain.

A neighbor told the Chicago Tribune something similar, he said to the paper:

Police were here all the time. They would call police on each other. It turned very abusive and volatile.

There had not been any domestic calls to the home since von Wiese Mack’s home since Sheila moved to a new apartment in June 2013.

4. She Worked for Ted Kenendy

Born in Minnesota, Sheila was a political science student at Simmons College in Boston, after which she took a job working for Ted Kennedy. In an interview for The Caxton Club, Sheila said:

He had me doing research for him, and lots of miscellaneous jobs the political life requires. I even poured tea for Rose Kennedy a time or two.

In one instance, Sheila was a victim of crime, and Ted Kennedy appeared alongside her in court. After leaving Senator Kennedy’s camp, Sheila went to work for Jackie Kennedy. While studying for a PHD at the University of Chicago, she was friends with famed novelist Saul Bellow.

5. She Was Married to Famed Composer James Mack

In his obituary in the Chicago Tribune, composer James Mack was a “jack of all trades.” Throughout his career, he worked on more than 60 albums. He was also Heather’s father. James Mack died while he was on vacation in Greece of an embolism. He lived with his wife and daughter in Oak Park, Illinois. 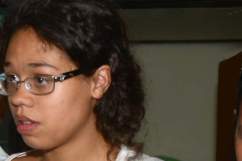 Loading more stories
wpDiscuz
7
0
Would love your thoughts, please comment.x
()
x
| Reply
Sheila Von Wiese Mack was murdered in Bali. Her daughter, Heather Mack, and her boyfriend, Tommy Schaefer, have been charged in the crime.