Heather von Wiese Mack was arrested in Bali after her mother was found chopped up inside of a suitcase. Mack, 19, was taken into custody with her boyfriend, Tommy Schaefer, 21, for the alleged killing of Sheila von Wiese Mack in Indonesia.

Sheila von Wiese Mack, 62, was a well-connected Chicago-area resident. Throughout her career she had worked with Ted Kennedy and former First Lady Jackie Kennedy. The doorman at the building where Sheila von Wiese Mack lived with her daughter in Illinois told CBS Chicago she was a “wonderful mother who dedicated her life to raising her daughter.”

Here’s what you need to know about the Illinois teen facing murder charges in Bali:

1. Mack Allegedly Left Her Mother’s Body Inside of a Suitcase in a Taxi

Police in Bali are accusing Mack and Schaefer of loading suitcases into a cab and then escaping a hotel through the back exit on August 12. After an hour of waiting, the taxi driver was advised to go to the police when he noticed blood coming from one of the cases. When he got to a local police station, the grizzly discovery was made, reports the Jakarta Globe.

CBS Chicago reports that Sheila von Wiese-Mack’s cause of death was blunt-force trauma. An autopsy indicated that she had defensive wounds, demonstrating that she fought back against her attacker.

Hotel surveillance video reportedly showed Mack and Schaefer escaping the hotel. Staff at the St. Regis Bali Resort had asked the couple to remain in the resort while hotel workers tried to locate Sheila von Wiese Mack. The couple were arrested on the morning of August 13 while they slept in a hotel in a separate resort. Cops took the pair into custody, with a local police chief trying to ascertain whether the killing was spur-of-the-moment or premeditated.

Mack and her mother had been staying at the St. Regis Bali Resort for a few days when they were joined by Tommy Schaefer on August 11. CBS Chicago reports that Schaefer checked into a separate room.

Mack and Schaefer have told police that they, along with Sheila von Wiese Mack, had been held hostage by an armed gang who were trying to rob them. The young couple said that they had been able to escape.

3. A Source Told Heavy That Mack ‘Had A Lot of Psychiatric Issues’

Speaking to Heavy.com, a source who knew Sheila von Wiese Mack and her daughter, said that “Heather has always been a very disturbed girl with a lot of psychiatric issues. She was extremely spoiled and would often scream and throw things until she got her way.” The source added that the von Wiese Mack’s had money, and that may have been contributing factor in Tommy Schaeffer’s relationship with Heather von Wiese Mack.

In her last post on Instagram on August 7, Mack posted a pictured from the St. Regis in Bali, adding “I refuse to let someone say what I can do.”

4. Sheila Was Warned Not to Take Her Daughter to Bali

A friend of the family, Mark Bacharach, told NBC News that he told his friend, Sheila, not to take Mack on vacation to Bali. He added that he felt his friend over-indulged her daughter. It was later revealed that Mack had recently moved out of Sheila’s apartment and had been living in a hotel in Chicago. Despite this, the pair seemed to have reconciled enough to go on vacation.

The St. Regis hotel in Bali, where the von Wiese Mack’s were staying, is one of the area’s most exclusive 5-star resorts. (Google Maps)

Heather von Wiese Mack lived with her mother in Illinois. According to reports, Sheila von Wiese Mack had just sold the family’s home in the Oak Park area of the state.

Sheila was the widow of James Mack, a composer who died of an embolism in 2006 while the family were on vacation in Greece.

Sheila formerly worked as an aide for the late Senator Ted Kennedy as well as the late former First Lady Jackie Kennedy. 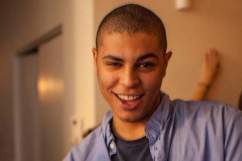 Loading more stories
wpDiscuz
18
0
Would love your thoughts, please comment.x
()
x
| Reply
Sheila von Wiese Mack, a former colleague of Ted Kennedy's, was found dead in a suitcase in Bali. Her daughter, Heather, has been arrested in relation to the crime.