March 31, 1889 is the day the Eiffel Tower opened to the public in Paris, France. Google is celebrating the 126th anniversary of the tower’s opening with a Google Doodle.

The Doodle was drawn by guest Doodler Floriane Marchix.

Here’s what you need to know about the Eiffel Tower and its public opening:

The tower, which is 324 meters (984 feet) tall with its antenna, was designed by French entrepreneur Gustave Eiffel and engineers Maurice Koechlin and Stephen Sauvestre. According to History.com, the tower’s elevators were not ready when the Eiffel Tower opened to the public March 31, 1889.

The Eiffel Tower’s website says Eiffel climbed the 1,710 steps of the tower to plant the French flag at the top. He was joined on the climb by members of the city council of Paris and reporters. A 21-cannon salute marked the occasion. According to the tower’s website, Eiffel inscribed in a woman’s fan “the French flag is the only one with a 300 meter pole.”

A celebration with council members, other dignitaries and about 200 workers who helped build the tower was held at its base.

The elevators were a significant technological challenge for the tower’s engineers and they were considered a great achievement, according to the tower’s website. Hydraulic lifts were used to bring guests up and down the tower.

Visitors to the tower began using elevators by the end of May 1889 and continue to do so today, in newer, more modern lift systems.

French engineer Gustave Eiffel with some dignitaries on the small platform at the tip of the Eiffel Tower during the Dedication ceremony. (Getty)

2. The Idea for the Tower Was Born Out of a Competition

The Eiffel Tower and the Exposition Universelle in Paris in 1889 (Getty).

The tower was commissioned as part of a competition by the Journal Officiel to “study the possibility of erecting an iron tower on the Champs-de-Mars,” according to the tower’s website. The proposal by Eiffel, Koechlin and Sauvestre was selected out of 107 entries.

Construction began in January 1887 and took five months for the foundation to be built. About 100 workers in a workshop and 132 on site used 5,300 drawings from engineers to build the tower, which has more than 18,000 parts. The tower was completed in two years and opened to the public in 1889.

3. The Tower Was a Controversial Project

According to History.com, the idea of the tower was met by many critics, who either saw it as structurally unsound, or as an eyesore in the middle of the city.

The tower’s website says artists from around Paris sent a letter to a newspaper protesting the tower’s construction before it opened to the public. They wrote:

We, writers, painters, sculptors, architects, passionate lovers of the beauty, until now intact, of Paris, hereby protest with all our might, with all our indignation, in the name of French taste gone unrecognized, in the name of French art and history under threat, against the construction, in the very heart of our capital,
of the useless and monstrous Eiffel Tower, that public spite, often marked by good sense and a spirit of justice, has already baptized the Tower of Babel.

Without becoming hotheaded or chauvinistic, we have the right to loudly proclaim that Paris is a city without rival in the world. On its streets, its widened boulevards, the length of its admirable embankments, along its magnificent walks there will suddenly appear the most noble monuments ever fashioned by human genius. The soul of France, creator of masterpieces, shines from this majestic flowering of stones. Italy, Germany, Flanders, so justly proud of their artistic heritage, possess nothing comparable
to ours, and in every corner of the universe Paris calls forth curiosity and admiration. Are we to let all that be debased?

Eiffel fought off the protesters. He responded in a letter of his own:

I will tell you all that I think, and all that I hope. For my part, I believe that the Tower will have its own beauty. Do people think that because we are engineers, beauty plays no part in what we build, that if we aim for the solid and lasting, that we don’t at the same time do our utmost to achieve elegance? Are actual conditions of strength not always compatible with the hidden conditions of harmony? The first principle of architectural aesthetics is that the essential lines of a monument should be determined by it fitting perfectly into a setting. But what condition did I need to address in the case of the tower? Resistance to wind. Well, I maintain that the curves of the four groin vaults of the monument, based on calculations, starting with the enormous and unused footing at the base, are going to taper up to the summit, will give a great
impression of strength and beauty, because they will convey to the eyes the boldness of the conception in its totality.

4. The Tower Was the Centerpiece of the Paris World’s Fair in May 1889

A small cannon is fired from the Eiffel Tower at noon, the whole of Paris telling the time by the blast, circa 1889. (Getty)

The tower was commissioned to coincide with the opening of the Paris World’s Fair (Exposition Universelle), a celebration of the 100th anniversary of the French Revolution.

The exposition opened in May, with the Eiffel Tower serving as the entrance to the fairgrounds. The elevators were completed by the end of the May, but more than 30,000 visitors took the trek up 1,710 steps in the days after the tower officially opened to the public.

Millions of people visited Paris during the World’s Fair. 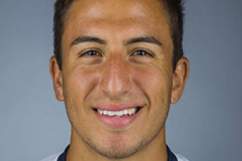 5. The Tower Was Going to be Destroyed After 20 Years, But Was Saved by Science

According to History.com, the 20-year lease on the land by the exposition expired in 1909, but the tower was saved because of its usefulness as an antenna for radio transmission. Eiffel encouraged scientific experiments using the tower, and that spared it from destruction.

The tower, which was the largest building in the world until the Chrysler Building opened in 1930, welcomes more than 7 million tourists each year, with 75 percent coming from foreign countries, according to its website. Two levels of the tower now include restaurants.

In addition to being one of the world’s most popular tourist attractions, the Eiffel Tower remains important to the world of science and technology. Radio and television stations still use the tower to broadcast their signals.

Also, two new wind turbines were recently installed in the Eiffel Tower, 400 feet off the ground, according to The Verge. The turbines provide enough electricity to power the tower’s first floor commercial areas and serve as a symbol for local efforts to be more environmentally friendly. 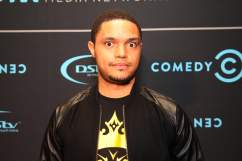