A 45-year-old elementary school paraprofessional arrested on charges that she tried to sexually assault an 11-year-old student was found dead December 14, the Tampa Tribune reports.

Dotson was found after a fire at a Lakeland, Florida, condominium, the newspaper reports. She likely committed suicide, police said. She had suffered a single gunshot wound, according to police.

She was arrested in July after the boy’s mother told police about inappropriate text messages the teacher’s aide had exchanged with the boy, according to a police press release.

Dotson was taken into custody after she went to a movie theater thinking she was going to meet the boy for “unlawful sexual conduct,” police said. Detectives with the department’s Special Victims Unit were waiting for her there. She was charged with two counts of attempted sexual battery on a victim under 12, use of a computer device to solicit a child, traveling to meet a minor and unlawful use of communications.

1. Dotson Exchanged More Than 100 Text Messages With the Boy

Police said the boy’s mother called police on June 28 to report she had “discovered disturbing text messages between her child and his teacher from this past school year,” police said.

Dotson was employed by the Polk County School Board as a paraprofessional at Highlands Grove Elementary School, where the boy was a 5th-grade student.

According to police, there were about 100 text messages sent back and forth between Dotson and the boy.

“On June 28, Dotson sent a text message to the victim asking to pick him up and take him to the library. The mother decided to check her son’s cell phone and discovered several inappropriate text messages sent to her son. While the Lakeland Police was at the mothers house conducting an investigation, Dotson again sent a text message saying, ‘Love bug what are you doing’ and ‘I’ll be sure to tell her we won’t have sex on the first visit…LOL,'” police said.

2. She Bought ‘Strawberry Warming Lubricant’ Before Going to Meet the Boy, Police Say

Detectives from the Lakeland Police Special Victims Unit set up a sting to catch Dotson. She had been texting with the boy, thinking he had the phone, but was actually texting the detectives, police said.

Sshe sent the boy a message asking him, “are you awake love bug?,” according to police.

She then arranged to meet him at a movie theater.

“Prior to arriving at the theater, Dotson stopped and picked up a bottle of strawberry warming lubricant from Spencer’s at the Lakeland Mall. Dotson was taken into custody after she showed up as planned,” police said.

3. She Claims the Relationship Went From ‘Mentorship’ to ‘Crush’ to ‘Romantic Relationship’

Dotson told police that her “relationship” with the boy “evolved” from a “mentorship” to a “crush” to a “romantic relationship.”

According to the Tampa Tribune, Dotson told police the boy said he was between 13 and 17. Detectives asked her if she believed a fifth-grader would be 17 and she said, “No. I was trying to convince myself that he was to make myself feel better maybe,” according to the arrest affidavit.

4. She Began Working at the Boy’s School Since February 2014

The Polk County school board said Dotson was hired in February 2014 at a salary of $13,870, the Orlando Sentinel reports. She has been suspended from the school, and Superintendent Kathryn LeRoy told the newspaper she will recommend that Dotson be fired at the board’s July 28 meeting.

“Our records do not indicate that Ms. Dotson had been working this summer,” school district spokesman Jason Geary told the Sentinel. “Ms. Dotson does not have past disciplinary actions in her personnel file.”

5. She Was Married With Children & Was Arrested in 2011 on Domestic Violence Charges

Dotson’s Facebook page shows that she was married and has children.

According to court records, Dotson was arrested in November 2011 in Polk County, Florida, on domestic battery charges, which were later dropped. Other than traffic offenses, she has no other prior criminal record. 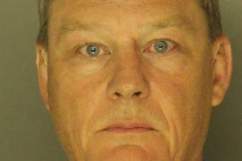 Loading more stories
wpDiscuz
6
0
Would love your thoughts, please comment.x
()
x
| Reply
Alecia Dotson, a 45-year-old paraprofessional at a Florida school who was accused of attempting to sexually assault an 11-year-old student, has been found dead.