U.S. Supreme Court Justice Antonin Scalia was found dead Saturday morning at a ranch in West Texas, the Associated Press reports. He was 79.

Scalia appears to have died in his sleep of natural causes at the luxury ranch, the San Antonio Express-News reports.

According to the U.S. Marshals Service, which confirmed his death, he was at the private residence in the Big Bend area on Friday. He went to bed that evening and did not appear for breakfast Saturday morning. He was found unresponsive.

He had told friends he did not feel well before going to bed, according to CNN.

Scalia had chronic health issues, according to the Washington Post. His family and local officials declined to have an autopsy performed because there were no signs of foul play, the Post reports.

The confusion and questions surrounding his death have led to several conspiracy theories. 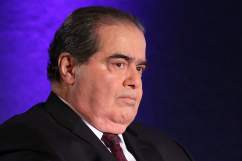 Funeral and memorial plans have not been announced.

Scalia is survived by his wife, nine children and several grandchildren. Read more about his wife, Maureen McCarthy Scalia, at the link below: 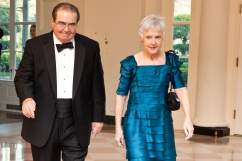