Corey Lewandowski is a Republican political operative and the manager of Donald Trump’s 2016 Presidential campaign. Describing his style as “let Trump be Trump,” Lewandowski has been credited with a major role in Trump’s New Hampshire primary win but has drawn controversy over violence at Trump rallies, some of which he’s been accused specifically of engaging in.

Lewandowski has been active in Republican politics since 1994, when he ran for a seat in the Massachusetts House of Representatives. He has also worked for the Koch-affiliated Americans for Prosperity before resigning amid controversy.

1. He’s Accused of Violence & Inappropriate Behavior During the Trump Campaign

Michelle Fields, who covered Trump’s campaign for Breitbart, attended a Trump rally on March 8, and followed Trump attempting to ask questions. What happened next is unclear, despite the video evidence seen above. Fields claims that Lewandowski assaulted her, grabbing her arm and dragging her away from the candidate.

Lewandowski vehemently denied her account, pointing out that she’d previously accused former Florida Representative Allen West of sexual harassment. Fields shot back with a Twitter photo of her alleged injuries:

CBS News reporter Jacqueline Alemany later released a video appearing to show Lewandowski grabbing a protestor by the collar at another Trump event:

Here is Donald Trump's campaign manager in the Tucson crowd grabbing the collar of a protester. pic.twitter.com/JZ9RntWlHY

In addition to his conduct at events, Lewandowski is under fire from allegations of inappropriate behavior towards staffers and media. The Daily Intelligencer reported that Lewandowski has drunk-dialed female reporters. The campaign denies the allegations.

2. He Says His Slogan Is “Let Trump Be Trump”

Trump and Lewandowski in front of the candidate’s helicopter. (Twitter)

While other campaign staff have suggested Trump alter his tone (including former campaign adviser Roger Stone, who left the campaign) over the issue, Lewandowski takes a hands-off approach. Trump said of his manager, “He leaves me alone, but he knows when to make his presence felt,” and privately told friends that he liked Lewandowski because “he doesn’t get emotional.”

Lewandowski met Trump in 2014, at a Freedom Summit co-sponsored by Americans for Prosperity and Citizens United. Insiders to Republican politics and the Trump campaign have cited several reasons behind their political bond, from similar attitudes and attire to Trump’s turning off political professionals of higher stature. Still, Lewandowski has won praise for his handling of Trump events.

3. He Ran for the Massachusetts State House While Still a College Student 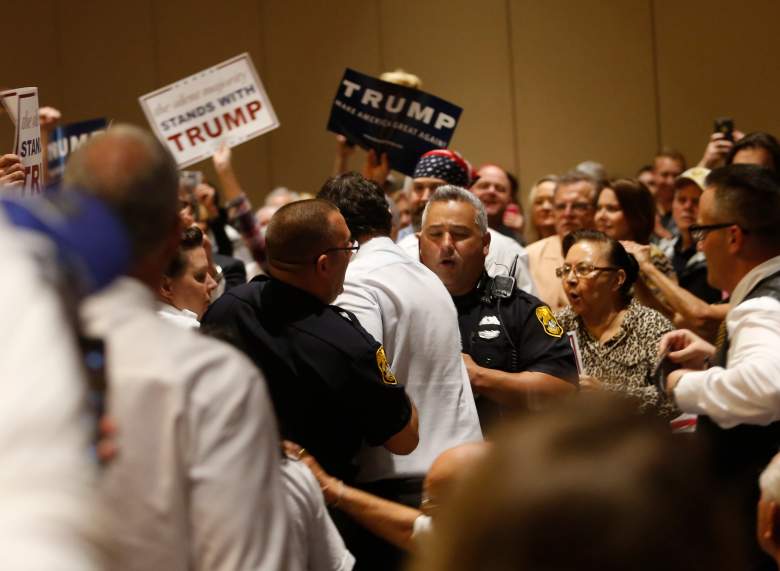 Supporters and protesters of Donald Trump’s campaign collide at a rally. Lewandowski and Trump have been accused of fomenting and encouraging increased tensions. (Getty)

In 1994, while studying political science at the University of Massachusetts-Lowell, Lewandowski ran for his district’s seat in the Massachusetts House of representatives, losing to still-incumbent Thomas Golden Jr. Undaunted by this defeat, Lewandowski went to Washington to work on Congressional campaigns and study at American University. 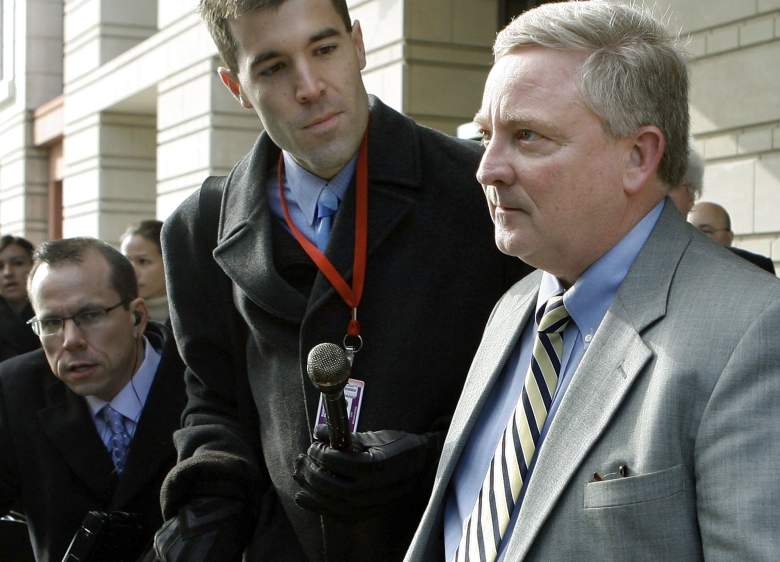 Shortly after graduate school, Lewandowski became chief of staff for Bob Ney, a Republican Representative from Ohio. Lewandowski and Ney became so close that Ney reported years later that his parents still ask about him. Ney eventually pled guilty to charges of conspiracy and making false statements in relation to the Jack Abramoff influence-peddling scandal, in which a casino lobbyist exchanged his perks from his client’s resorts for favorable action in Congress. At the behest of Ney’s lawyers, Lewandowski wrote the following in a letter to Ney’s sentencing judge:

I had the privilege of spending 20 hours a day with Bob seven days a week for over three years. In that time, I learned more about life, people, politics, friendships [sic] and the importance of family than I ever could have imagined. Bob served as a mentor to me, as a surrogate father, and as a best fiiend [sic] all in one.

Lewandowski ran into his own legal trouble while working for Ney: he was once arrested for bringing an unloaded gun into a House of Representatives office building. The charges were dropped, but Lewandowski’s lawsuit about the incident was dismissed.

5. He Previously Worked for a Koch-Funded PAC

Following his tenure with Ney, Lewandowski worked several jobs, including as a public safety official for his home state of New Hampshire, before beginning work for Americans for Prosperity, a Koch brothers-backed political advocacy group, in 2008; Lewandowski worked as a state and regional director, eventually being promoted to voter registration chairman. It was while working for AFP that Lewandowski met Trump during one of their New Hampshire events.

While allegations of misbehavior also dogged Lewandowski at AFP, he left the group shortly following a scandal in which incorrect voter registration forms were sent to a mailing list in North Carolina, causing the organization to ultimately shut down its registration efforts. Lewandowski and AFP characterize his departure differently: an AFP source told Politico that Lewandowski “didn’t have much of a future” with the group, while Lewandowski maintains he left on his own terms.