A New Jersey Institute of Technology student was fatally shot during a burglary early Monday morning at a fraternity house in Newark, authorities say.

Micalizzi, of Freehold, was a TKE brother, NJIT said in a statement.

1. He Was Shot Twice & Died 90 Minutes After He Was Rushed to the Hospital

Micalizzi was shot twice during the burglary attempt, police said. The shooting occurred at about 3:30 a.m. at the TKE house on the 300 block of Dr. Martin Luther King Jr. Boulevard, News 12 reports.

He was rushed to the hospital and died about 90 after he was shot, authorities told the news station.

Micalizzi was a junior studying mechanical engineering. He made the Dean’s List during the fall semester, according to the Asbury Park Press.

The Freehold, New Jersey, resident was in his second year at NJIT after transferring from Brookdale Community College, according to his Facebook page.

A memorial service for Micalizzi is being planned by NJIT.

“This is a tragic time for Joe’s family, friends and the entire NJIT campus and we extend our thoughts and prayers to all affected,” the college said in a statement.

The Newman Catholic Center, a local religious organization, said in a statement, “Our heart goes out to the family and friends of Joseph Micalizzi a TKE brother on the NJIT campus, whose life was tragically ended far too soon.Together with University staff and students we unite in prayer. Christ have mercy.”

The center is also offering counseling to students.

“The Newman Catholic Center offers a place for prayer and reflection, with a listening ear and an open heart we pray for peace. Contact us if you need to speak to someone or would like a place to pray,” the statement said.

4. His TKE Brothers & Other Friends Remembered Him as ‘Gentleman’ & Generous Person

Many of Micalizzi’s TKE brothers and others changed their Facebook profile photos to the fraternity logo to honor him.

Those who knew him paid tribute to him on social media.

“Rest in piece to the most generous person I have ever known, if you had no money left in your wallet he would give you his last dollar to make sure you were good, I am so proud to call you a friend and you will be in my heart forever,” one friend, Joe Ferretti wrote on Facebook.

"Rest in peace Joe Micalizzi You were always so happy and full of life. By far one of the nicest people I've ever known. A true gentleman. My heart breaks for your family and my prayers are with them," Mikayla Jackson wrote.

One of his TKE brothers, Shaun Freire, wrote on Facebook, “I cant speak to much about my brother Joe Micalizzi but in the short time i knew you. you have taught me so many life lessons and values about how to make me a better person. … I will forever miss your great accents, comedic ways and bad ass lifestyle. you are gone but never forgotten. RIP big guy and triangles up forever ?”

5. Police Have Not Identified Any Suspects & a Reward Has Been Issued for Information

Police have not released any information about the suspects in the burglary and shooting.

NJIT has offered a $10,000 reward for information leading to the successful prosecution of the suspect or suspects in the homicide. 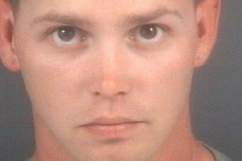