President Donald Trump’s youngest daughter, and his only child with ex-wife Marla Maples, is dating the son of a powerful New York real estate lawyer.

Ross Mechanic, 22, and Tiffany Trump, 23, met while attending the University of Pennsylvania. Tiffany graduated from the school in 2016.

1. Mechanic & Tiffany Trump Have Been Dating for Several Months

Ross Mechanic and Tiffany Trump have been dating for at least seven months, photos posted on Instagram by the couple show. They were first pictured together in October 2015 on Ross’s Instagram page.

They have since posted photos together on vacations, at Donald Trump’s Mar-a-Lago Club in Florida, and at the Winter Wonderland Ball in New York City, as well as at Tiffany’s University of Pennsylvania graduation.

Like Tiffany Trump, whose popular Instagram page has more than 137,000 followers, Mechanic’s social media accounts show a glitzy lifestyle that includes courtside seats at the U.S Open, and trips around the world.

2. Mechanic, His Parents & His Brother Are All Registered Democrats

Like some of Donald Trump’s children, Ross Mechanic wasn’t able to vote for his girlfriend’s father in the New York Republican primary in April.

According to the Daily Mail, Ross Mechanic, his father, Jonathan Mechanic, his mother, Wendy Levine, and his 25-year-old brother, Marc Mechanic, are all registered as Democrats.

The Daily Mail said in December that Mechanic “liked” Hillary Clinton on Facebook, but a check of his page in May appears to show he unliked the Democratic frontrunner. 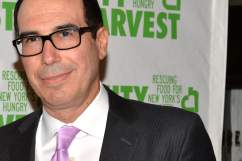 3. He Is Studying Computer Science at Penn & Will Graduate This Year

Ross Mechanic is set to graduate from the University of Pennsylvania in 2017 with a degree in computer science, according to his Linkedin profile.

Before starting at Penn in 2013, Mechanic graduated from the Friends Seminary, a prominent Quaker day school in New York City for students from kindergarten to high school. Notable alumni of the school include President Theodore Roosevelt, designer Vera Wang, and several actors and actresses, including Eva Amurri, Amanda Peet, Julia Stiles, Liev Schreiber and Kyra Sedgwick.

According to his Linkedin page, Mechanic was a National AP Scholar, National Merit Finalist, president of the Debate Team and a Mock Trial lawyer at the high school. He scored 2270 on his SATs.

4. He Is Interning This Summer at a Startup Founded by Ivanka Trump’s Husband

According to his Linkedin profile, Ross Mechanic is spending the summer as an engineering intern at Cadre, a real estate investment startup founded by Jared Kushner, the husband of Donald Trump’s oldest daughter, Ivanka Trump, and Kushner’s brother, Joshua.

Mechanic has also worked as a NETS 213 teaching assistant at the University of Pennsylvania. He was a software engineering intern last summer at Idibon, a San Francisco-based tech startup.

He also interned in 2013 at Veritas Tutors and Test Prep.

5. Donald Trump Once Gave Ross’ Father a Copy of ‘The Art of the Deal’ With an Inscription Calling Him ‘the Greatest Real Estate Lawyer in the World’

Jonathan Mechanic is a partner at the law firm Fried Frank, leading its real estate department.

The powerful attorney was interviewed by Reuters in August for a story about Trump’s presidential bid, and he recounted a story from a decade ago. He told Reuters he was representing the luxury retailer Gucci, which was looking to move into vacant space in Trump Tower.

Trump gave Mechanic a tour of the vacant space.

He then gave Mechanic a copy of his book, “The Art of the Deal,” and inscribed it, “To the greatest real estate lawyer in the world, best wishes, Donald.”