On Saturday, January 6, President Donald Trump tweeted that he is a “very stable genius.” President Trump often boasts of his intelligence to the online community via Twitter, his seemingly-favorite medium for speaking directly to the most people at once.

“Throughout my life, my two greatest assets have been mental stability and being, like, really smart. Crooked Hillary Clinton also played these cards very hard and, as everyone knows, went down in flames. I went from VERY successful businessman, to top T.V. Star. to President of the United States (on my first try). I think that would qualify as not smart, but genius….and a very stable genius at that,” Trump wrote in a series of tweets.

These tweets made some people curious about where he went to college. He attended Fordham before transferring to the University of Pennsylvania’s Wharton School. 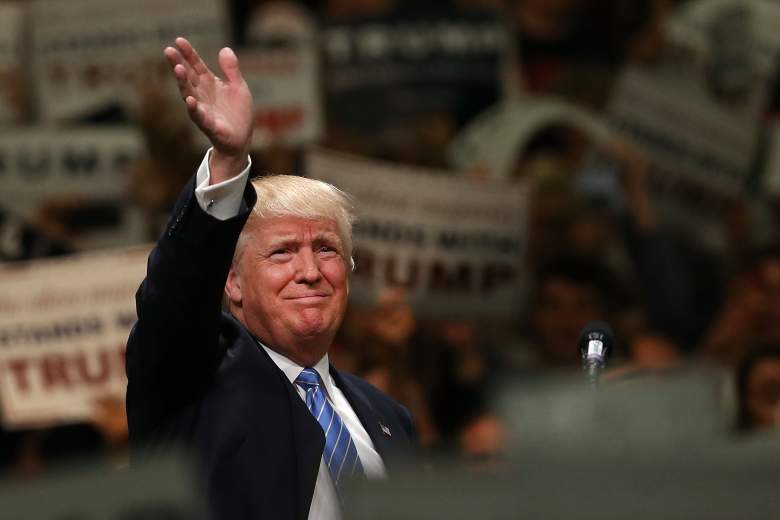 President Trump attended Fordham University for two years, from 1964 to 1966. Students who went to school with Trump recall him sticking out due to his fancy clothes and personal car, according to the New York Daily News. However, although he showed an interest in golf while at Fordham, it doesn’t appear he was very much invested in the university as a whole. The Washington Post reports that his grades were “respectable,” but he supposedly viewed the institution as a convenient place to go because it was close to home, and he wasn’t particularly proud of being a Fordham student.

“My impression from talking to other [Fordham] students was he was really kind of making time until he figured out his next step,” Trump biographer Gwenda Blair told the New York Daily News. “It seemed like he figured out enough to get along, but he never seemed to be set on being a Fordham graduate. That wasn’t what he was headed for.”

It’s largely accepted that for Trump, Fordham was merely a stepping stone. The New York businessman rarely talks about this school, and after two years, he transferred to the University of Pennsylvania. In The Art of the Deal, he wrote of this decision to change schools, “I decided that as long as I had to be in college, I might as well test myself against the best.”

2. Fordham Students Don’t Acknowledge That He Went There 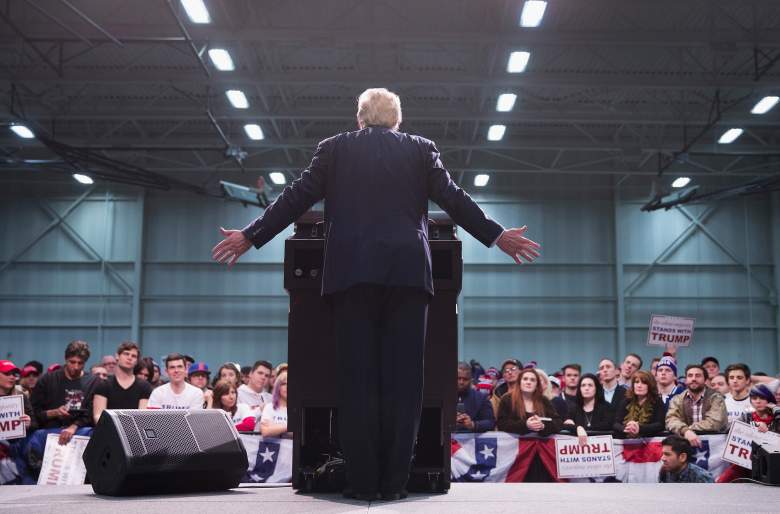 In part due to this sense that Trump looked down upon Fordham and was not proud of the school, current students don’t really acknowledge that he attended.

“Since he matriculated and didn’t earn his degree, most of us don’t even acknowledge him being at Fordham,” Matthew Santucci, editor of the Fordham Political Review, told the New York Daily News. “He has distanced himself from Fordham, so he doesn’t have a clear connection to the school. We don’t even acknowledge that he went here.”

In March, Sebastian Balasov, secretary of the Fordham Republicans, said that Trump “doesn’t really represent [Fordham’s Jesuit] values” and that it’s hard to defend him but added that campus republicans would still support Trump in the general election if it came to that. Since that interview, Trump has clinched the GOP nomination.

3. He Studied Economics at the University of Pennsylvania 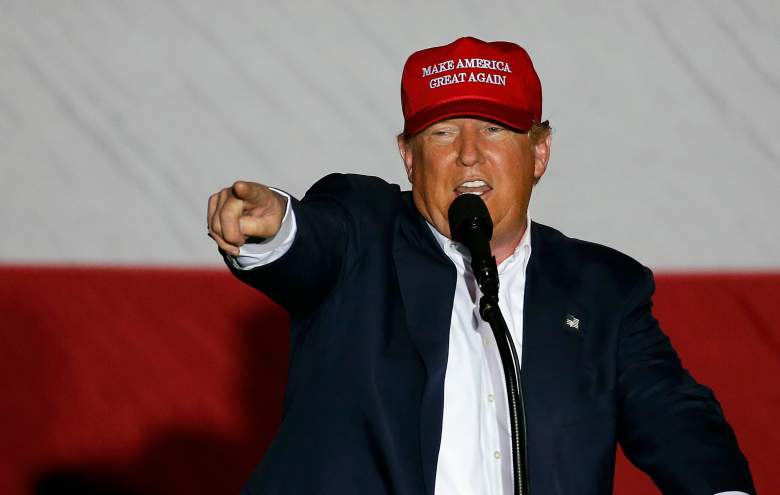 Though Trump rarely mentions Fordham, he often flaunts his degree from the Wharton School of the University of Pennsylvania; he graduated from the prestigious Ivy League school in 1968 with a bachelor’s degree in economics. According to The Daily Pennsylvanian, he said in a speech back in July, “I went to the Wharton School of Finance. I’m, like, a really smart person.” He also told Meet the Press, that Wharton is “probably the hardest [school] there is to get into.”

According to Salon, though, Gwenda Blair wrote in her biography that Trump was admitted into Wharton mainly due to an interview with an admissions officer who was friends with Freddy, Donald’s older brother. Many have also speculated that his father’s prestigious status played a major part in Trump’s acceptance into the university.

4. He Did Not Graduate with Honors 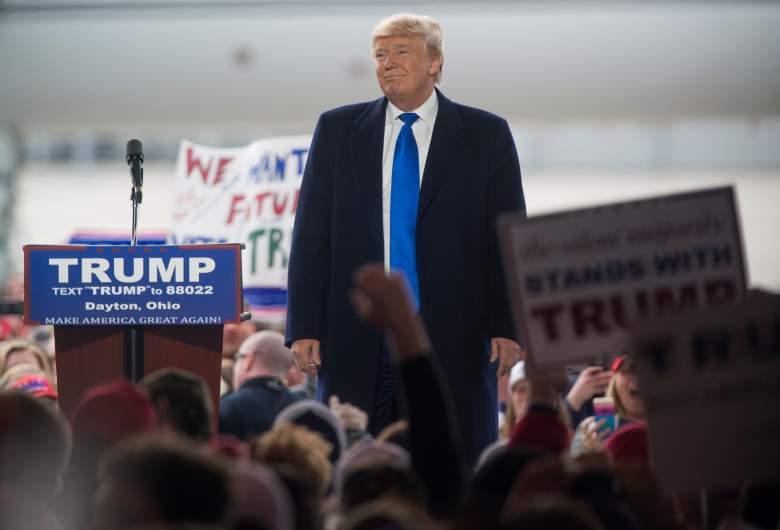 Donald Trump prepares to speak in Ohio one day after violent protests at his Chicago rally. (Getty)

Trump frequently mentions the fact that he did very well at Wharton. He told CNN, “I went to the Wharton School of Finance, I got very good marks, I was a good student, it’s the best business school in the world, as far as I’m concerned.” It has been reported for decades that Trump graduated at the top of his class, but this claim has been called into question. It was first reported in The New York Times back in 1973 and was repeated ever since, but no journalist has been able to find any evidence that confirms Trump’s class standing.

In fact, the New York Times later reported that the commencement program from 1968 does not list Trump as having graduated with honors of any kind. A 1985 biography confirmed that he was not among the honor students in 1968. Rather, Jerome Tuccille reports in her book, Trump: The Saga of America’s Most Powerful Real Estate Baron, that he attended Wharton to please his father and was not especially invested in doing well.

“Donald agreed to attend Wharton for his father’s sake,” Tuccille writes. “He showed up for classes and did what was required of him but he was clearly bored and spent a lot of time on outside business activities.”

In his book The Art of the Deal, Trump himself states that, in his opinion, a degree from Wharton “doesn’t prove very much.”

5. Barely Anybody From Wharton Remembers Him 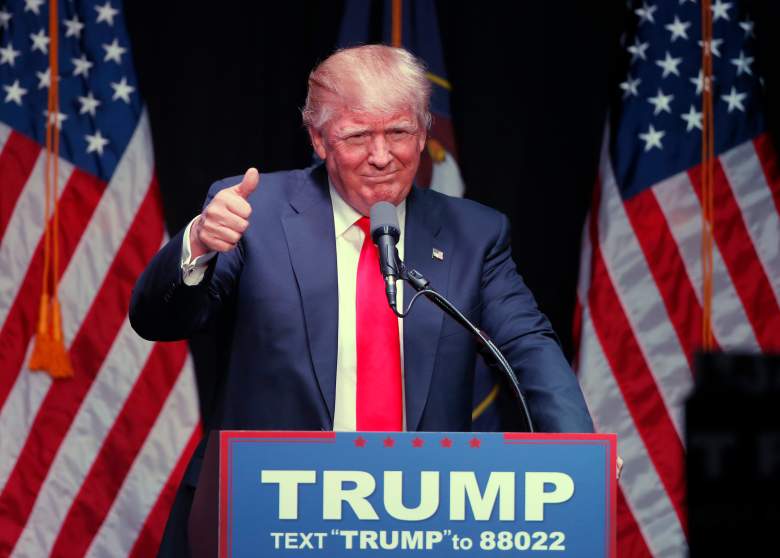 Donald Trump speaks at the Infinity Event Center in Salt Lake City, Utah ahead of the state’s caucus. (Getty)

As another sign that Trump was not very involved in the Wharton community, almost no graduates of the class of 1968 remember him. The Daily Pennsylvanian interviewed 13 of Trump’s classmates, and 12 of them had no recollection of the presidential candidate whatsoever.

“Four years — including lots of required classes — is a long time never to hear of a classmate, especially with such a distinctive name,” a graduate of the class of 1968 told The Daily Pennsylvanian. Another former classmate told the Daily News, “He was not first in the class. He was not known on campus for any reason at all.”

The one student that could recall him, Ted Sachs, remembers Trump as being nothing like the Donald we know today, describing him as “low-key” and “very self effacing.” Sachs said that although he sat next to Trump in class and would occasionally get lunch with him, Trump never once mentioned that he was the son of the wealthy real-estate developer. It was only 10 years later that Sachs found this out on his own.

The Pennsylvanian also reports that Trump was rarely seen on campus on weekends, he was not involved in activities, and his picture does not appear in the school’s yearbook. He was, however, highlighted in the Spring 2007 Wharton Alumni Magazine. 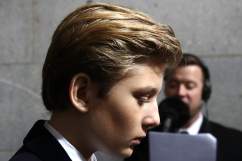 Loading more stories
wpDiscuz
121
0
Would love your thoughts, please comment.x
()
x
| Reply
Where did Donald Trump go to college, and what were his grades like? Here's all you need to know about Trump's academic history. Here is what you need to know.